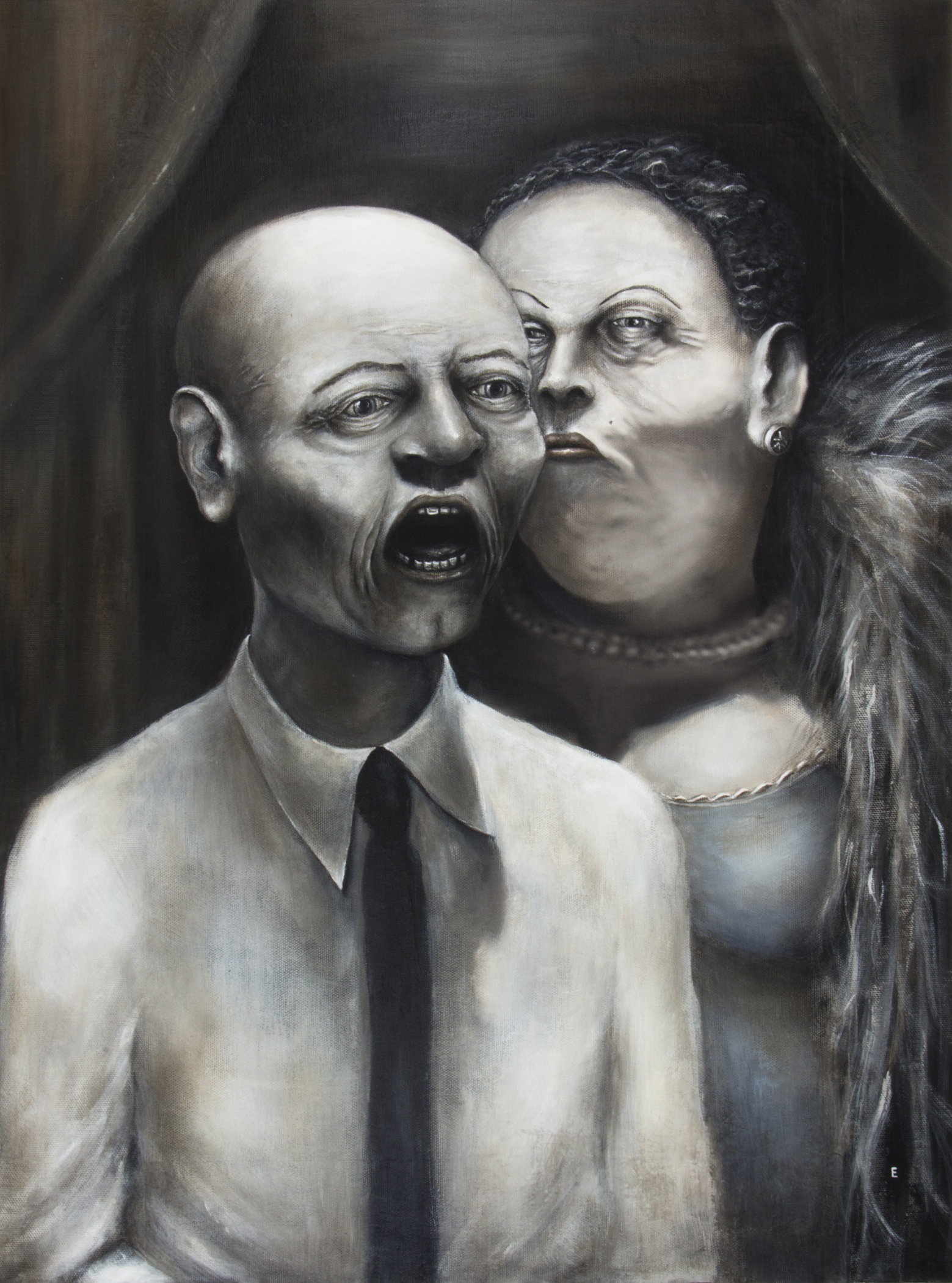 Among the four intensely serious photographers here, Elizabeth Ernst is the boldest and deepest, plumbing the recesses of psychological distress by shooting images of grotesque doll-like figures that she has sculpted and placed in scenes, and then painting over the prints so that they take on enhanced emotional resonance. In a scenario that is hideous and humorous at the same time, a big buxom fat lady presses her lips against the cheek of a slight man who lets out a Munchian scream. Whose nightmare-fantasy are we witnessing? There is something that we can only call cute in Ernst’s work, which only makes it all the more disturbing. We may remember that Chicago’s very own John Gacy moonlighted as a clown. There is no relief from mordancy in Myra Greene’s miniature studies of parts of her face or Keliy Anderson-Staley’s tintypes of contemporary ethnic Americans who look like they have emerged from a bad historical dream. Turn to John Cyr’s studies of old photographic developing trays drenched in chemical colors for a visual sorbet. (Michael Weinstein)