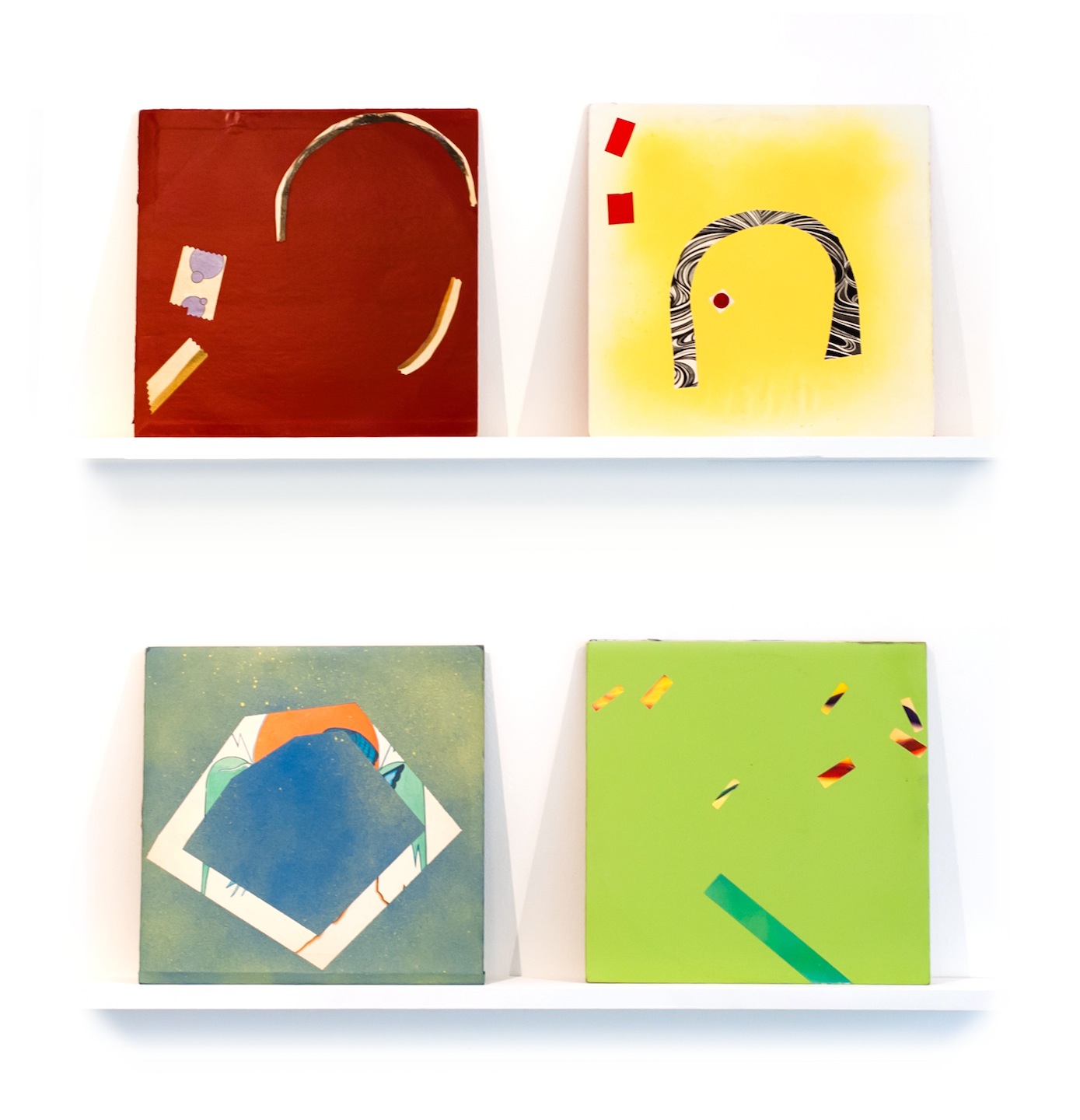 From the street, 65 Grand looks like the gallery has morphed into a record shop. The recognizable square dimensions of eighty vinyl albums are displayed on shelves that cover most of the length and height of the gallery walls, and turntable-like sculptures occupy the middle of the gallery. Of course the small square of the record album oscillates toward being read as a small canvas, making the album analogous to a painting.

While the form of a record album is instantly recognizable, without handling the artwork the identity of the albums themselves is nearly impossible to determine. Working in an abstract modernist trope, Jerome Acks has painted and collaged over most of the surface of the covers. A rare album that is identifiable, due to the raised outline of a bird skull, is the Eagles’ “Their Greatest Hits,” the 1976 album that is tied with Michael Jackson’s “Thriller” as the best-selling album in the U.S. At the moment where the viewer recognizes the identity of an album Acks’ critique comes out more fully; the commodity status of the object both in painting and in music manifests strongly with a little welcome humor, and the obliteration of the original cover art becomes more transgressive. However, this is not a damning critique that leaves no room for possibility, but one that nudges you toward consciousness of it—yes I am enjoying painting and mainstream hits, but I am deeply aware within this experience. (Abraham Ritchie)