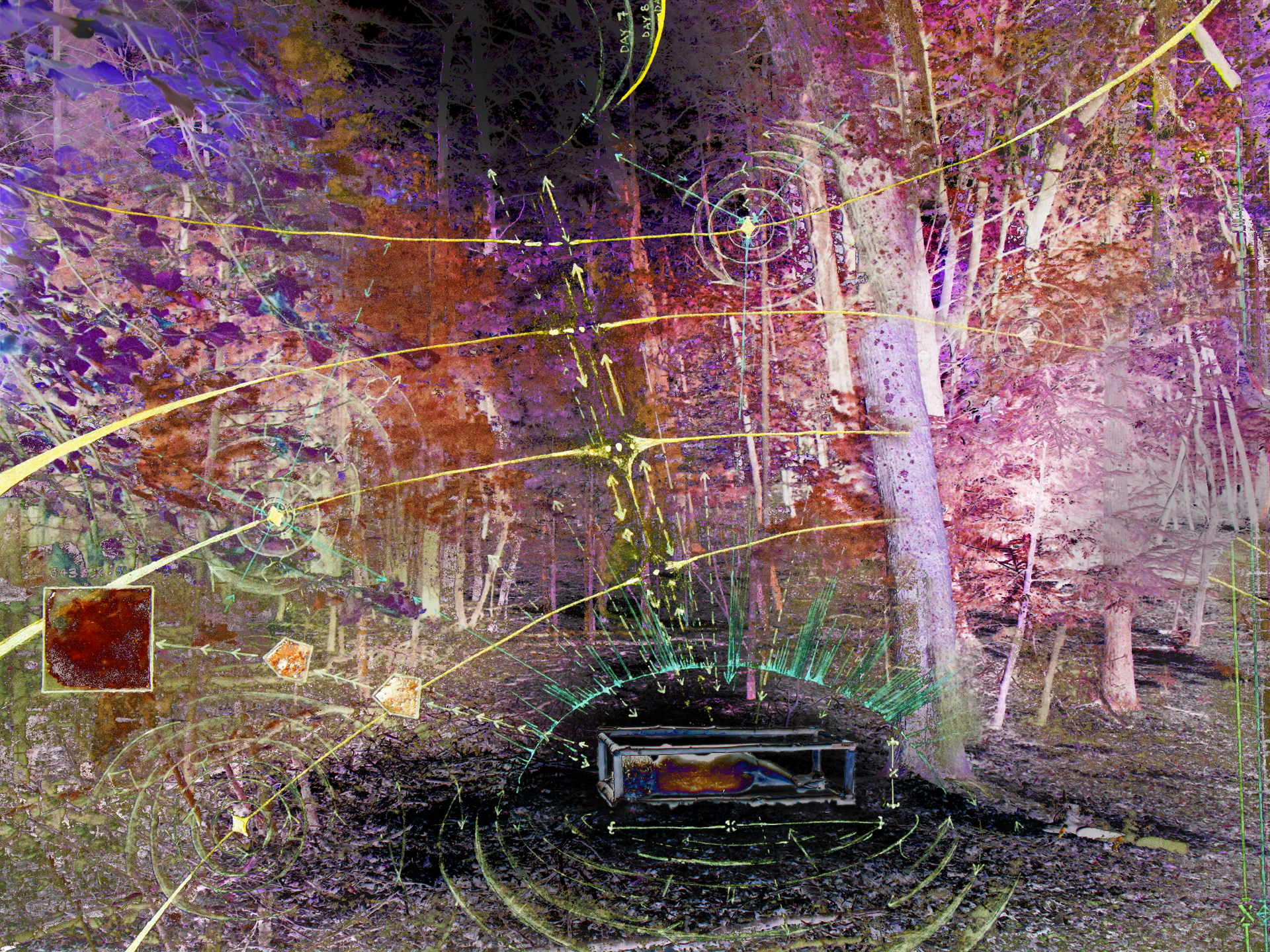 That’s the sense one got last Thursday night, not long into their set at The Burlington.  (Michael Perkins, who normally rounds out the group, was absent.) Performing in heels, bedazzled jeggings, and a shredded tank, Kwak exploded into the chorus of “You Will Die (I will Fuck You).” Half the crowd became one sweaty, bouncing, bearded id. The other half leaned toward the back, perhaps longing for the safe confines of Union Park, as Kwak’s drag alter ego growled: “Come over here so I can touch you.”

The group’s joyfully deranged stage presence seemed to leave the room with the sense that something had happened. Just what it was, however, was anyone’s guess.

Both onstage and in the gallery, Kwak makes it hard for his audience to feel secure in ready-made definitions of gender and genre. At Happy Dog, where his multimedia work “Rite of Trans-Mortality” appears alongside Josh Minkus’ delicate sculptures, a video depicts Kwak (again in drag) covering himself in wet plaster and closing himself into a glass coffin. The coffin lies in a forest, and Kwak becomes a warped Sleeping Beauty. Photographs show the bizarre artifact’s discovery by scientists in biohazard suits. A lightbox resembling the coffin sits in the center of the gallery, on top of which hardened plaster is arrayed like a fossilized skeleton.

Together, the works collide fairytale with scientific method and museum presentation. They investigate what it means for a body to become subject to different categories of interpretation. We’re left to ask which object tells the “truth” of the body, or what it might mean for that body to exist outside of these categories.

Next to Kwak’s work, Minkus’ objects run the risk of being a bit overwhelmed (one was knocked over at the opening). But the delicate construction of his sculptures might seem a graceful counter to Kwak’s intense assault of the senses.

At the very least, they’re a bit of fresh air in the un-air-conditioned gallery. Bring a towel. (A-J Aronstein)