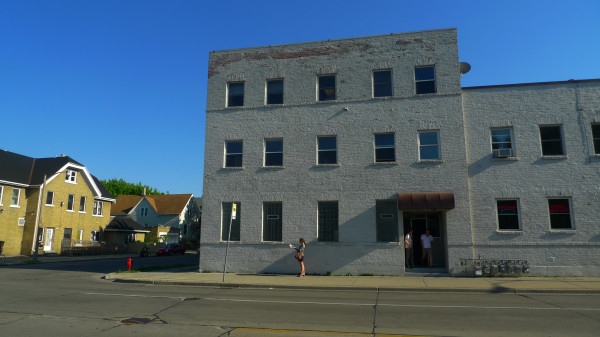 The artist hub in Riverwest, Milwaukee

Immediacy is to art criticism what combustion is to fire, and in the era of the twenty-four-hour online news cycle, a spark of information can trigger a wildfire of overwhelming emotion. This happened to me recently on Tuesday, July 17, when a fire ravaged one of the most important art hubs in the country: the Riverwest building on 631 East Center Street in Milwaukee.

For a decade, Riverwest was a safe haven for the city’s young avant-garde and a meeting place for filmmakers, musicians, poets and bohemians. At the time of the fire, eight artists lived there while another eleven rented studios, including Sara Caron, a former student of mine, who is a talented artist and director of Small Space Gallery. The building was also home to several galleries that had close commercial ties to Chicago. Among them were Club Nutz, CENTER, American Fantasy Classics, Plum House and Nomadic, many of them artist-run. Its most famous habitant was internationally known, The Green Gallery West, which still has a second location on the other side of town, but their storage space is gone and so is much of the work by an all-star roster, including Michelle Grabner, José Lerma, Spencer Sweeney, Santiago Cucullu, Nicholas Frank, Scott Reeder, Tyson Reeder and others. According to John Riepenhoff, artist and co-owner of The Green Gallery, Lerma’s paintings are safe though some of the Reeders have been lost to water damage and smoke.

Weeks before the fire, some editor from Artforum sent me an email; she wanted me to file a “critics’ picks” entry on Milwaukee as a tryout. At the time I was feeling a bit vulnerable because Artnet, the magazine I collaborated with for ten years, suddenly folded, and writing for Artforum meant a pay cut. But the Artforum editor took too long to respond. The show at American Fantasy Classics, which I was excited to review, was going to close soon, but it needed to stay open for Artforum to consider publishing the piece. I asked AFC to extend the show for one more week, and they kindly agreed, hoping for that coveted Artforum spot. The following week, the gallery was still filled with art when it was scheduled to be dark, and the fire came and destroyed it all. I still haven’t heard back from Artforum.

I must admit that today I feel a heavy sense of guilt and responsibility for the destruction of the artwork. For all of their exhibitions, AFC initiated innovative collaborations with artists they befriended via the web. Then, they would fabricate a sculptural interpretation of the artist’s digital artwork into a spatial experience. Gamma’s show, titled “Soul w/ Contour,” followed this same model. AFC produced a series of laser-cut crystal sculptures and prints based on Gamma’s hypersexual and biomorphic GIF animations. It was the first time Gamma had given away total control of his digital renderings to people he had never met. The newfound collaboration successfully broke apart the many assumptions we hold about professional relationships in the art world and in the digital age. 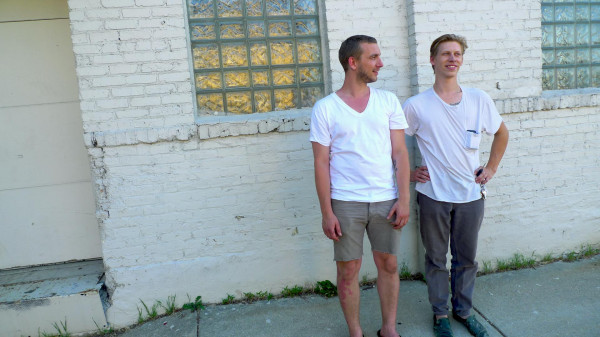 Alec Regan, one of the four minds behind AFC, told me that they haven’t been able to get into the building yet and that they aren’t sure how many things have been lost. The damage seems to be mostly smoke and water. “We’re still trying to wrap our minds around the implications of this event. I think we won’t truly understand what this will mean in the grand scheme of things for a while,” said Regan.

When asked abut the philosophical implications of a show that originally existed in the ethereal space of the net, became momentarily concrete, and immediately returned to conceptual art, Alec responded, “The fire only just happened, and I haven’t spent much time contemplating the semiotics of the first physical manifestation of Francoise’s work existing briefly.” He added, “I’ve been focusing on finding a place to stay and other necessities.”

Perhaps this fire, however tragic, will eventually have implications for the web as a significant venue for art, where it can be accessible and permanent. The fire has illuminated, for me, the notion that art criticism has no expiration date. Maybe it’s a show I saw five years ago, or one I never saw, or one I imagined seeing—writers and readers alike want a space to revisit and to help us remember.

Milwaukee Artist Resource Network has set up an emergency fund to support the artists affected by the fire. Tax-deductible donations can be made at artsinmilwaukee.org/fund/