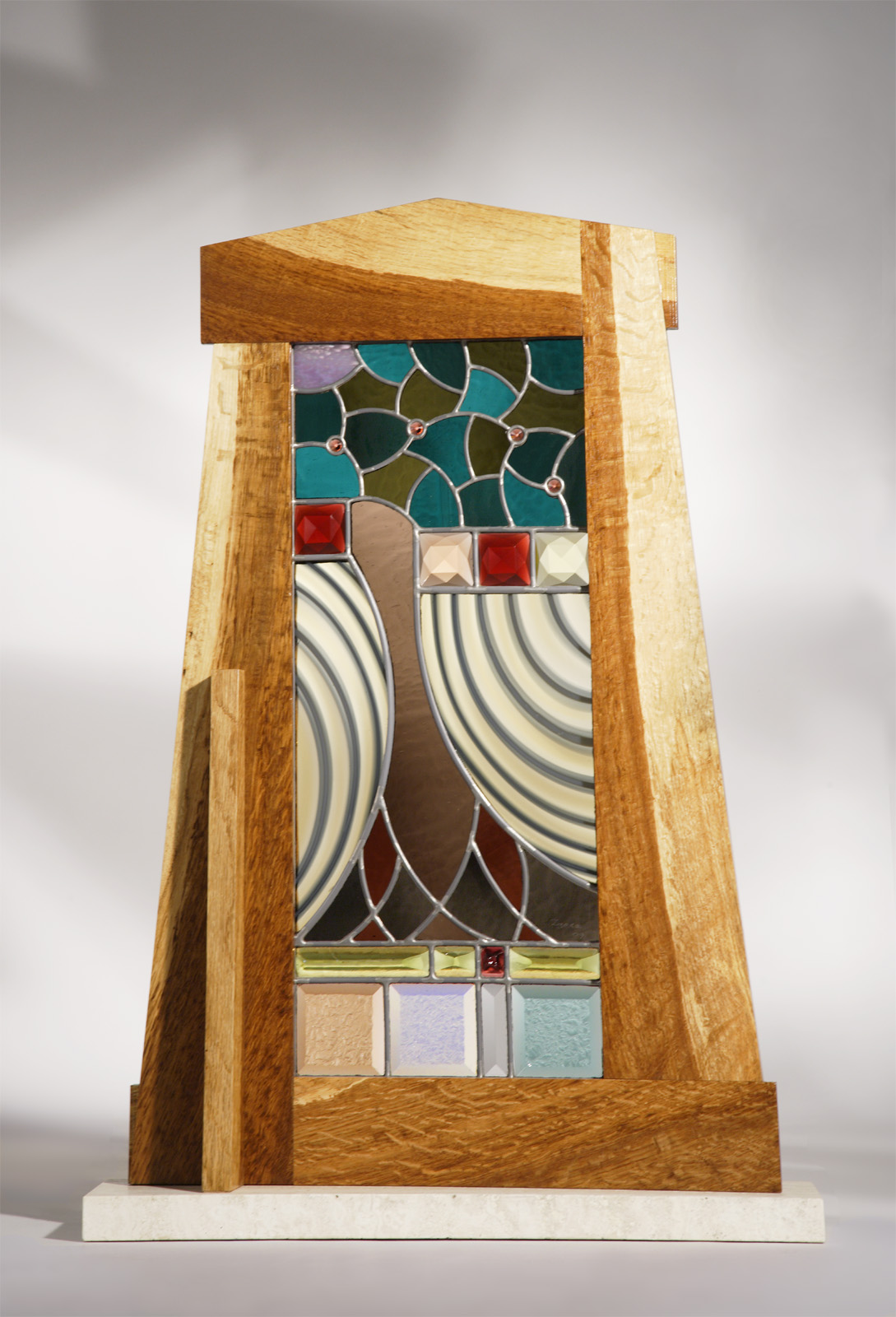 For forty years Larry Zgoda has worked in the boundary lands between art and craft. It’s hard to call him a contemporary artist because his work does not seem to address the puzzlement and alienation of postmodern art, but it’s hard to call him a crafter because his combinations of glass, wood and metal seem to offer something deeper than comfort, surprise or entertainment. Following the lead of earlier Chicago designers like Louis Sullivan or his mentor, Edgar Miller, Zgoda’s work is quietly but insistently dynamic, aggressive and bold, with that inner seed-growth energy of which Sullivan wrote. Like the geo-form painters, Zgoda builds up a tension among colored circles, triangles and parabolic lines. But there’s also the translucent/transcendent qualities of the glass that manipulate light in a variety of traditional as well as innovative ways, invoking a sense of mystery and magic. Zgoda creates places of wonder, either site-specific or, as in this group exhibition, as something like portable shrines. These miniature tabernacles are what he calls “architonomous” sculpture, i.e., the space around them feels architectural even if they are autonomous. It’s the same way a medieval head or torso feels when it’s been cut from the wall of a monastery and relocated in an art gallery. As a liturgical artist without a liturgy, there does seem to be some kind of strong, glowing, and benign presence emerging from each piece. But maybe it’s just him. (Chris Miller)