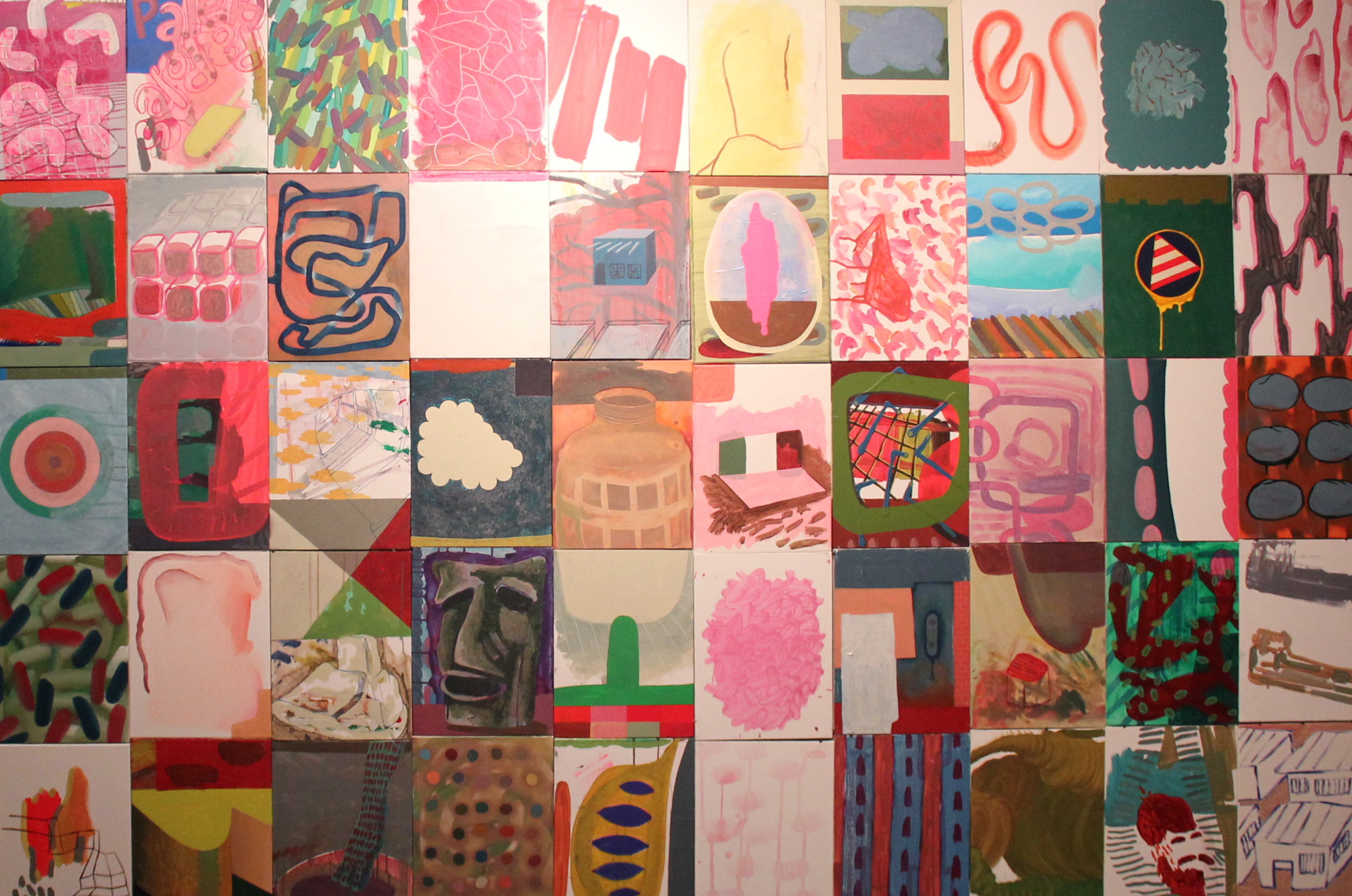 My (white) friend Abigail Satinsky made a video that introduced (white) me to capital-B Black poet Amiri Baraka’s screed “Against Bourgeois Art.” “They fight knowledge with abstraction and think they cool because they talk to theyself….” he says; “But the people think it’s as complex and profound as monkey farts.” Similar revolutionary and atavistic impulses to those fueling Baraka’s poetry have long been present in Latino art, from Posada to Rivera to Mendieta onward, but the work in “Yo Solo,” curated by Edra Soto as a visual component of the Latino performance festival of the same name, makes identity art a personal affair. Latino individualism has a proud history as well—Brazilian Concretism, Ernesto Neto, Manuel Ocampo, Los Carpinteros, Arturo Herrera—and thus the appropriateness of the exhibition title.

Set in Collaboraction, a theater in the Flat Iron Building’s cultural tourism mall, Alberto Aguilar has arranged against one wall a collection of objects found in the space—while a compelling assortment, it is only the most recent one, as its anonymity has caused it to be disturbed and pillaged a number of times. Choosing an area defined by a red section of floor, Aguilar managed to find a considerable number of red objects to feature, along with jars, chairs, books and signs of various hues. Maria Gaspar has a lovely series of stormy but contained fields and swirls of varying sizes framed on one wall, along with printouts of enigmatic narrative fragments. These quiet floating windows are nicely offset by Jorge Lucero’s towering grid of ninety clamorously vivid abstractions, which meander from Arp to Guston to Marden to Lasker. Circular relief gradients by Josue Pellot and slatted paintings by Paola Cabal round out a show in which ancestry may reside in the blood, but is expressed by the eye. (Bert Stabler)