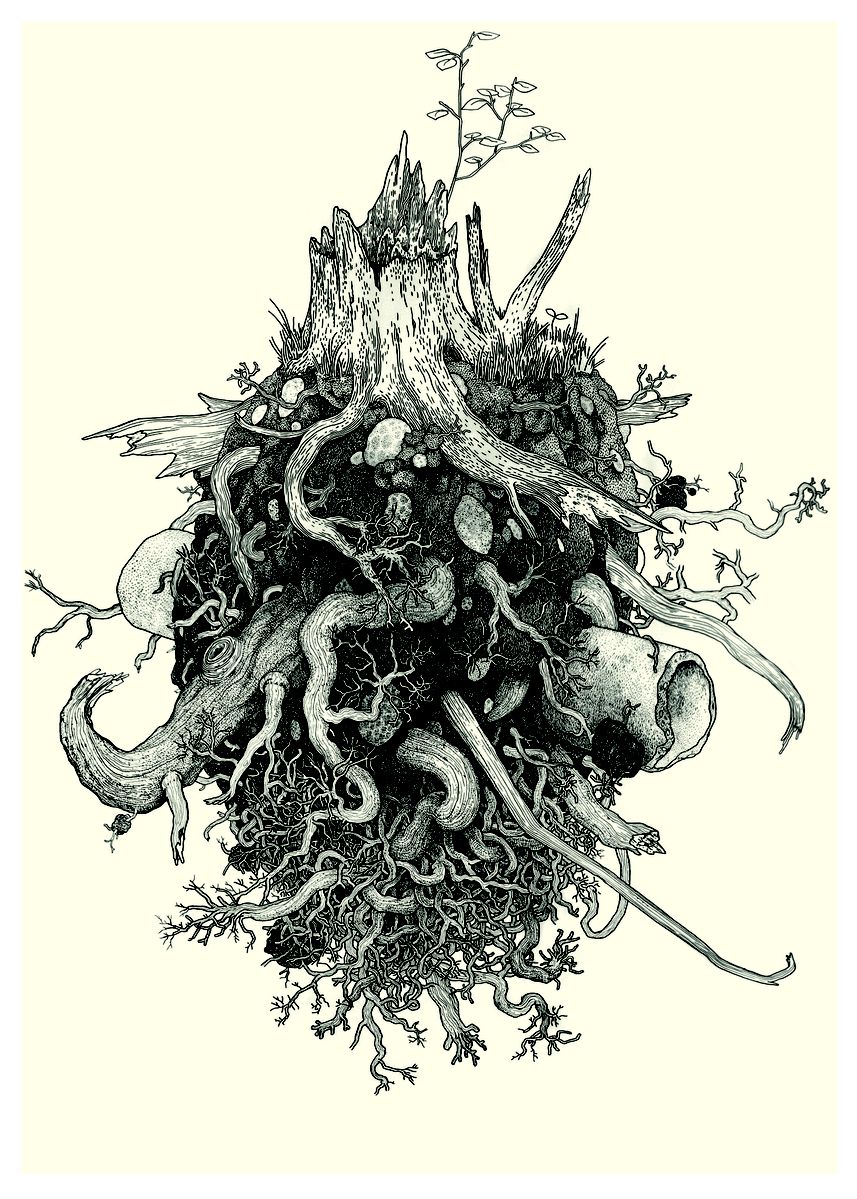 A perceived relevance to “big questions” distinguishes serious art from all the other entertaining, decorative or otherwise useful things that people make for each other, and that was exactly the title of the 658-page graphic novel by Anders Nilsen that was published last summer. It has been acclaimed for its fresh, honest take on the human condition, as well as some very good drawing, and now some larger, even wall-size, versions of his work are on display in the Elmhurst Art Museum.

Though some are quite large, these still seem to be small, personal, child-like views, and though some characters are identified as Adam and Eve, they seem to  have been placed into a small, suburban back yard cluttered with animal toys instead of upon a cosmic stage inhabited by mythic creatures.

The special delight in this exhibition is the artist’s facility with drawing and design. He’s not yet as comfortable with this larger format, and you can see where he has edited with some cut-and-paste jobs. But he definitely has a gift for narrative line and expressive design that just seems to flow without effort.

It’s always been difficult to become a responsible, sensitive adult, and maybe especially so in our age that targets children as the customers of institutions and products, including the fantasy superhero comic books that fascinated Nilsen as a youngster.

Nilsen works through that fascination, as when he depicts a fallen hero sprawled out in exhaustion on the scruffy turf like any other kid who’s been playing too hard. But there’s also a sense of refusing to grow up, and I’m doubting that his Adam and Eve will ever bite into the fruit they have stolen from the tree of Good and Evil.

His work makes for a fascinating contrast with the work of pioneering Chicago graphic novelist Frank Holme (1868-1904), who also told stories about children. Holme depicted intrepid young men trying oh-so-hard to straighten out the sordid, dangerous world of adults. Nilsen’s characters are just trying to cope with it. (Chris Miller)

The artist will give a talk at the museum on Friday, August 17 at 6:30pm. The exhibition runs through August 25 at the Elmhurst Art Museum, 150 South Cottage Hill, Elmhurst.