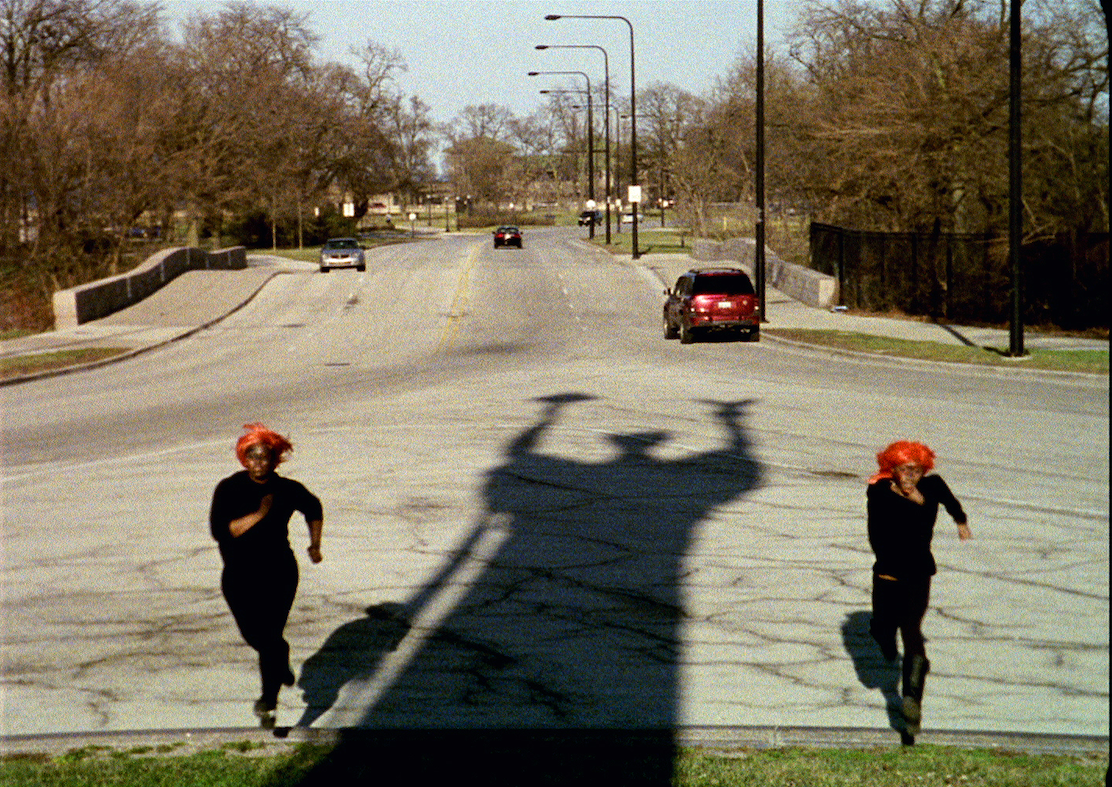 Cauleen Smith’s solo show at the MCA is the best contemporary art exhibition in Chicago this summer. While watching her short videos, which feature Chicago cityscapes and local musicians, I easily mistook Smith as a Chicago-based artist. I’m used to seeing only Chicago artists mine the city’s cultural history with such deeply personal insights. In fact Smith lives and teaches in San Diego, and has spent considerable time in Chicago doing research on local music history, facilitated by Threewalls in 2010 and a Black Metropolis Research Consortium grant in 2011. The fruit of her Chicago residency is a series of new videos and a multimedia installation that waken civic pride. Before the MCA exhibition closes in mid-September, Smith will open a solo show at Threewalls, a spot usually reserved for Midwestern artists.

Smith directs her attention to Sun Ra, an experimental jazz musician from Alabama who lived in Chicago from 1945 to 1961. The exhibition is a poignant sequel to the 2007 Hyde Park Art Center show, “Pathways to Unknown Worlds: Sun Ra, El Saturn & Chicago’s Afro-Futurist Underground, 1954-68,” curated by John Corbett, Anthony Elms and Terri Kapsalis, which showcased ephemera from an important era in Chicago’s jazz history. Smith playfully engages Sun Ra’s legacy. She wears the legacy like a costume and enacts it in Chicago’s streets, melding her personal and our historical identities. Sometimes the narrative is enigmatic, and other times powerful, proving that Smith has successfully incorporated a shared history into a personal expression. Like Afrofuturism, viewers must embrace the weird in order to enjoy the wonder. Smith filmed musicians performing improvisations and Sun Ra’s brand of big band swing. If you’re sitting on one of the sculptures in the gallery—exercise balls covered with fake-fur-like enlarged afro puffs—you can bounce along to the rhythms. There are many secrets and surprises in Smith’s installation and her videos that are too good to give away here. The show is a perfect encore to Rashid Johnson’s recently closed solo show at the museum, which reflected his personal iconography based on jazz heroes. Both Johnson and Smith show us that history is most meaningful when we make it our own. (Jason Foumberg)

Cauleen Smith shows at the Museum of Contemporary Art, 220 East Chicago, through September 16. She will show at Threewalls, 119 North Peoria, September 7-October 20.