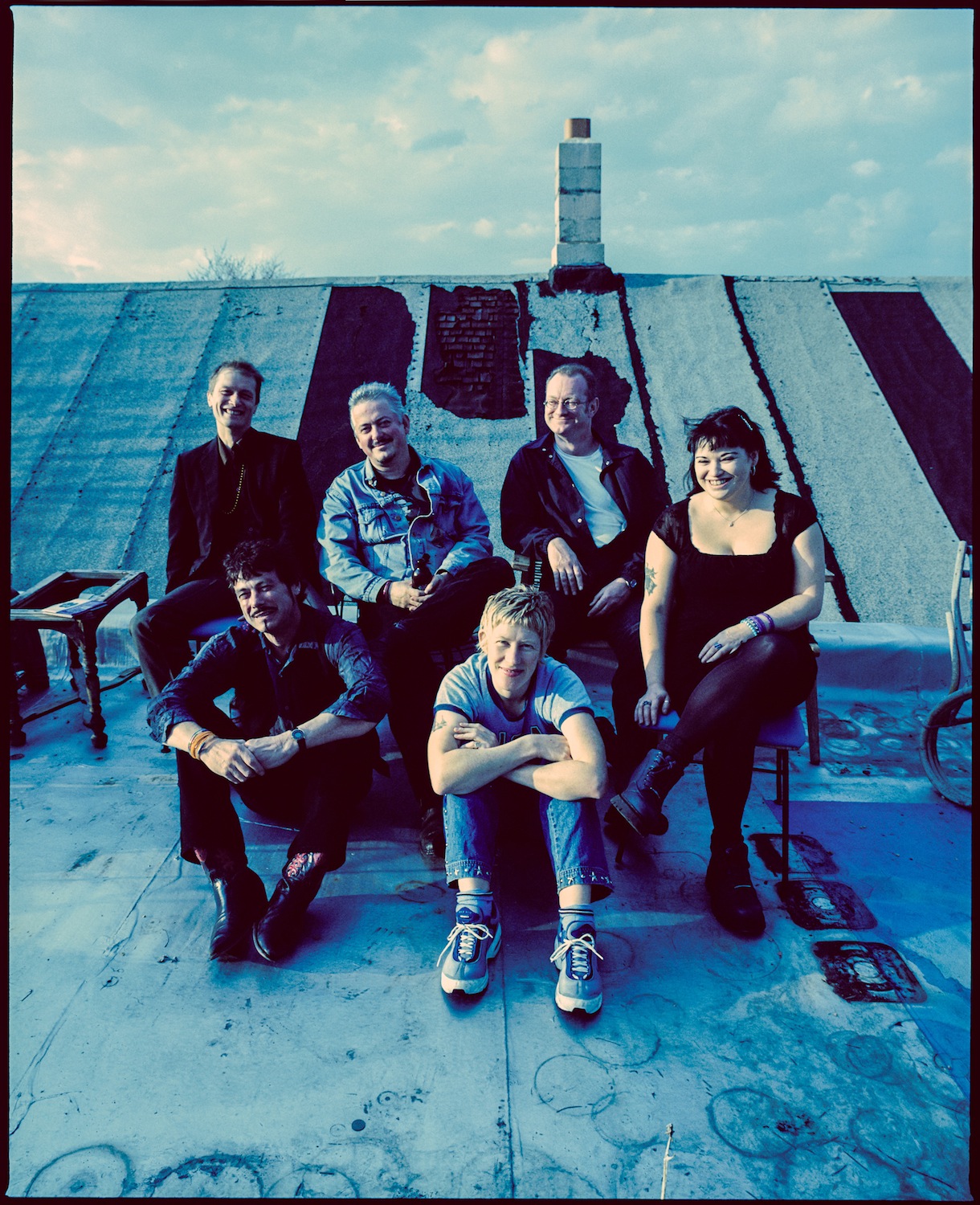 Madness, excess, and extravagance—going crazy—has been a staple of rock music from its beginnings, and rock photographers have always been around to ratchet up the mystique. Nobody is better at giving a sly visual edge to the madcap than veteran rock photographer Jim Newberry, who has shot the stars, and happily for us, the denizens of the Chicago underground. Newberry relishes the moments when performers give him free rein to set his scenes on the wild side. Singer-songwriter Bill Callahan let Newberry plop him on a hospital bed and put him in traction surrounded by surgical scissors and scalpels, while two friends stood over him, one dressed as a doctor, and the other as a nurse, giving anyone who might happen by the finger. The set-up takes on acute absurdity when we look at Callahan’s gap-tooth idiot’s smile. It’s too bad that some of the more famous didn’t give way to Newberry’s exuberant imagination; the best he could do with the Mekons was to get them on a steeply pitched roof where they sit contentedly on their perch. Newberry’s images, in black-and-white, and color, remind us how lucky we are to have a real and thriving indie scene. (Michael Weinstein)