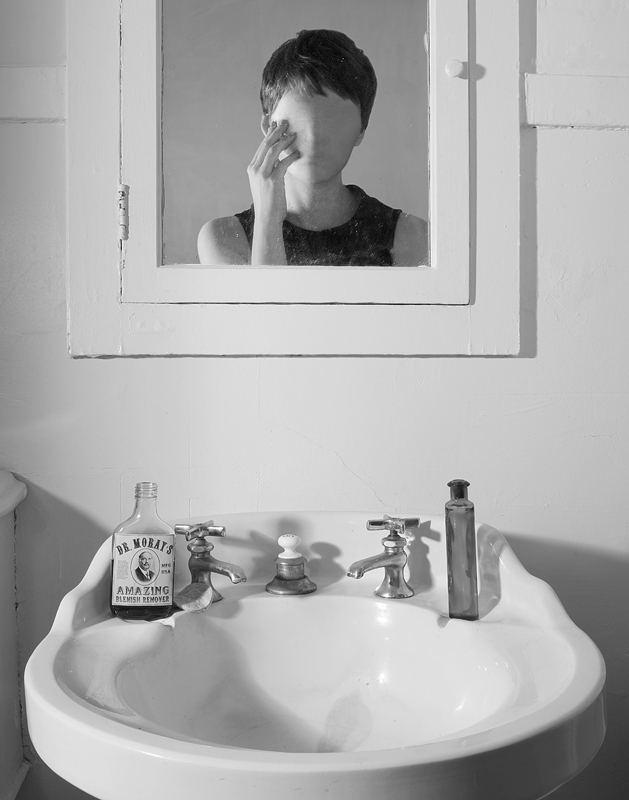 When surrealism plunges into the depths of horror, nightmares that you might never imagine—if you have even a minimally sane mind—leap before your eyes and your gaze is involuntarily transfixed. Taking full advantage of the computer’s capabilities to confect seamless photo-montages, Justin Benzel composes unremittingly drab black-and-white scenarios straight out of a paranoid schizophrenic’s fantasies. We see two disembodied arms, their elbow sockets stuffed with meat, pounding out a message on an old Smith Corona typewriter that warns an associate that “Bill” has gotten hold of a “cutter” that he plans to employ to chop up everything in sight. Bill must not, the hands write, find the “atom cannon,” because, if he does, he’ll blow up the whole city. And that’s only a glimpse of the visual narratives that are in store for viewers with the guts to go further. Benzel is a master of the macabre, and he puts a dollop of grim absurdist humor into his images to give them a cathartic effect. But in these halcyon days of late summer when the “Joker” came to life in Aurora, Colorado, Benzel’s still dramas take on added resonance—the ghoulish laughter that they evoke becomes a bit more nervous than it might have been. (Michael Weinstein)