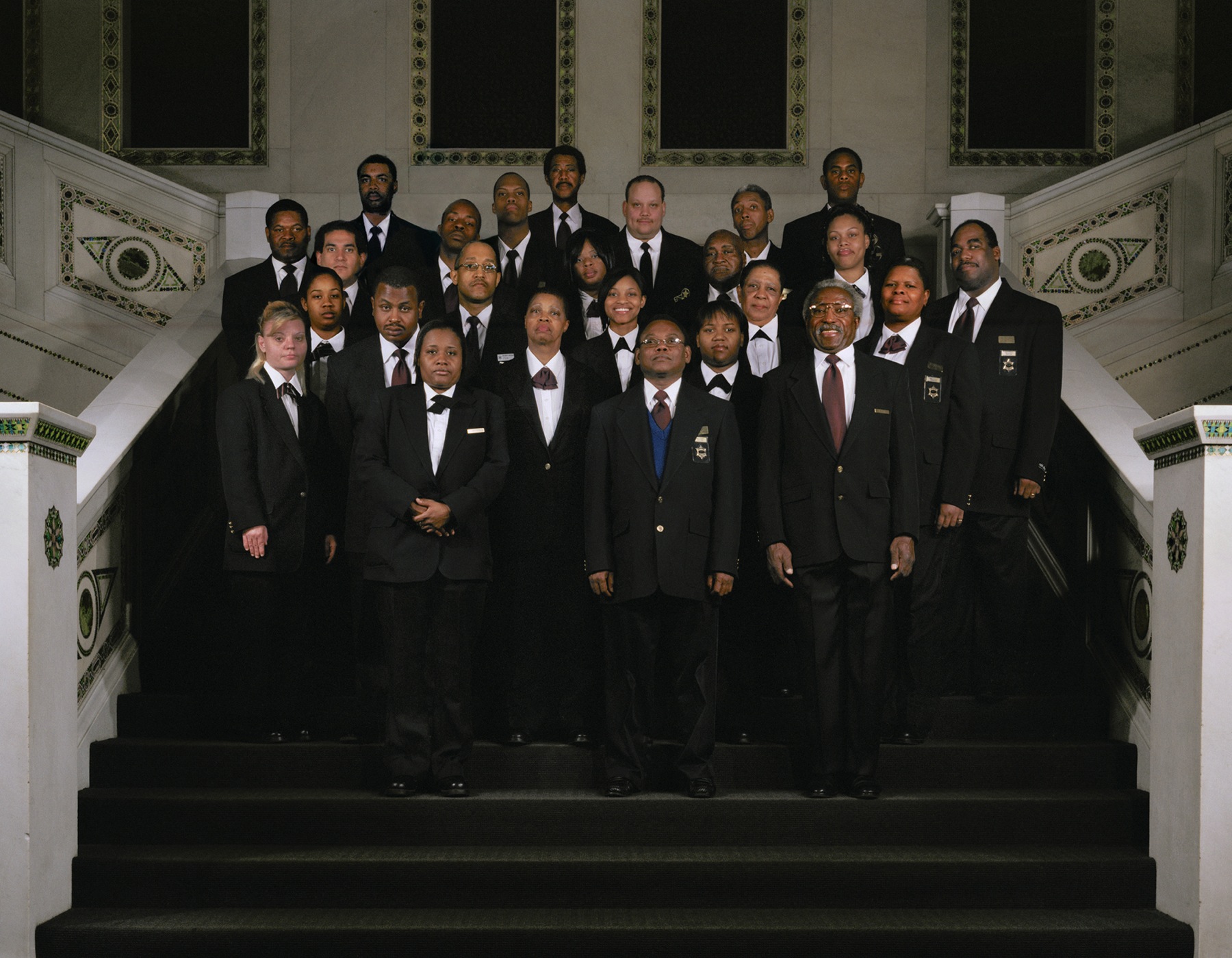 If not for one offhand mention of Marcel Duchamp, I wouldn’t be sure that Eric Felten, the Wall Street Journal art critic who wrote a pooh-poohing preview on August 9 of Industry of the Ordinary’s retrospective, titled “Sic Transit Gloria Mundi,” had heard of conceptual art. Which is fair, since until then I hadn’t heard of art criticism in the Wall Street Journal. “We long to be astonished,” Felten writes, echoing the Ayn Rand ethos of his masthead. A participatory fishing tank, photographs of urine, pfaugh! Felten doesn’t want ordinary, he wants winners. Like a Bernini sculpture, he suggests, or the Olympics. Sadly for him, the Chicago Cultural Center show promotes group effort over individual excellence. Not only is Industry of the Ordinary a collaboration between Adam Brooks and Matthew Wilson, with the bulk of their lighthearted, ephemeral work based on interacting, borrowing, cooperating, or delegating, but the exhibition itself consists of dozens of objects, projects and events from creators throughout the local art world. The success of their populist approach was evident at the opening, which was the most thronged affair I’ve ever attended at the Chicago Cultural Center. 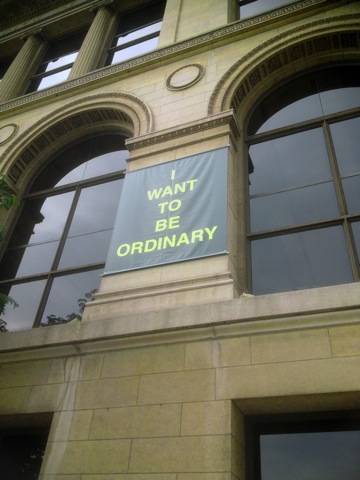 The “relational aesthetics” paradigm, of which Industry of the Ordinary is an endearing and prolific exponent, has more often been critiqued for crowd-sourced pandering than for anti-exceptionalism—a photo of museum security guards and a public foosball table are “relational” quotations. But, while similar practitioners have worked to shore up their avant-leftist credentials, from British artist Liam Gillick’s use of a commission to rehab a foyer in a public-housing building, to Chicago’s Lucky Pierre re-enacting the last meals of death-row inmates, Industry of the Ordinary chooses more familiar provocations, japing organized religion and touting mainstream sexuality. The iconoclasm features melting Ten Commandments ice sculptures, shorts with “Pray” printed on the butt, a print of a dollar made from a shredded Bible, and a planned eating contest with cakes depicting the Last Supper (coordinates to buried treasure are offered as a prize), while the ribaldry includes a photo of a masked heterosexual couple having an extramarital affair, and a t-shirt for a beaver-themed softball team. Offense is moot—it’s all just part of a mission to soften the sharp edges of postwar art, and, like a chipper two-headed Everyman, to disappear in the current of history. Sic transit gloria mundi—“thus passes the glory of the world.” (Bert Stabler)