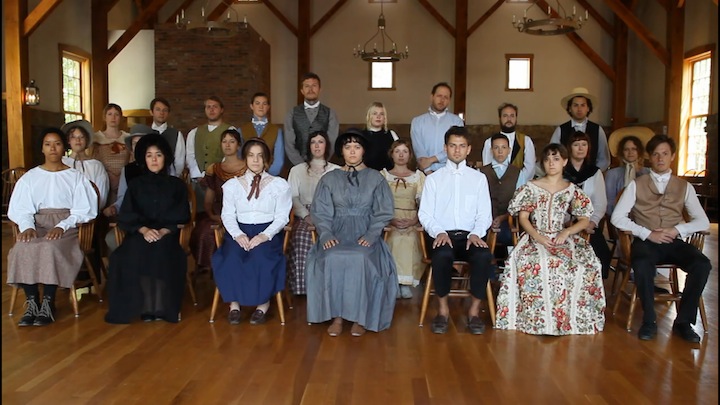 “Where have all the artists gone?” asked Dana Bassett in her first summer in Chicago. Next summer, she went with them to an artist residency. For this column, three participants of summer artist residencies report on their experiences.

I attended Summer Forum for Inquiry & Exchange, a new weeklong residency in New Harmony, Indiana. New Harmony is a town of some 900 residents, and founded by utopists. George Rapp’s Harmony Society practiced communal labor and religion there for just ten years after 1814. Their land was purchased 10 years later, by Robert Owen, whose socialist community experiment (‘Owenism’) failed within four years. New Harmony has since been an intellectual hotbed, claiming advances in public education, the sciences and the arts. We were presented with 1,200 pages of texts on the theme of “Community, Utopia, and the Individual.”

We conversed day and night; threads were forgotten, or picked up from days before. “Was it you saying that, or was it someone else? Was it yesterday, or the day before?” Maybe it was in one of the texts, or in a dream. By 8pm, my jaw became unhinged from my brain. One warm night we drank beers in the center of the hedge labyrinth. We glimpsed a meteorite. Richard Meier’s hallucinatory building, a history museum called the Atheneum, loomed, shimmering, in the foreground. 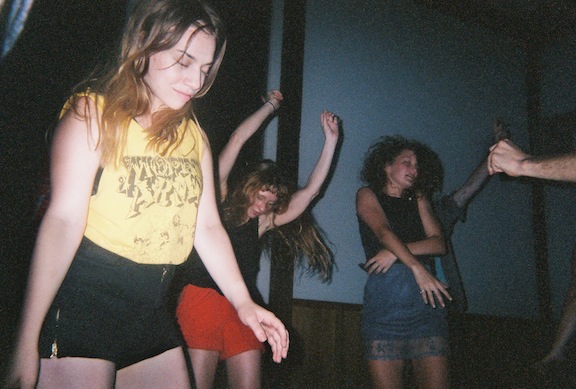 We became a many-limbed body. The LA-based band Lucky Dragons performed at an opera house. Their homemade synthesizer’s silky reverberations fluctuated depending on the number of bodies touching each other at one time. The music satiated our starvation to connect after long discussions of Virno’s “Grammar of the Multitude.” Our faces displayed pure and ecstatic joy.

Arriving home, I had a day before I left for another residency. I turned over all my laundry and satisfied the inexplicable need to wander around a Walgreens. The night before we had talked about the difference between repressed memories and forgotten ones and whether we believed in the subconscious. We walked to the edge of the water holding hands and lay on damp towels counting shooting stars. We rolled on the grass among eighteenth-century gravestones.

Traveling to Summer Forum led me to some conclusions about the concept of utopia, and why it’s still worth discussing. In Greek, ou+topos means “no place.” To incorporate utopia into the everyday is not to imagine it as a place, but a state of mind—a way of thinking about the future. It made me think about my allegiance to my community in Chicago, and the importance of putting my roots down here, at least for awhile.

Sofia Leiby is an artist and writer in Chicago.

Ten Rules to Live By

1. The first three days of any residency are anxiety-ridden for most normal people. Ignore any feelings you have of panic, wanting to flee, or social paralysis, until at least those three days have passed.

2. You don’t always have to hang out; sometimes it’s much more fun to hear all the exploits the next day at breakfast with no hangover doom. Days are long out there; social burnout is real.

3. Consider making something that you would never show to anyone once you leave. Make something ambitiously different, not just hanging some yarn in a tree and marveling at how beautiful nature is. No offense to those who do this as their practice.

4. Take care of yourself: bring your vitamins and leave camp whenever the going gets rough, the outside world still does exist.

5. Eat as much as you can. Chances are no one will cook like that for you in regular life.

6. Open relationships need to be agreed upon before you get out there.

7. Bring lots of cigarettes, you will be more popular that way.

8. Ask the dishwashers and the maintenance crew for studio visits.

9. It may feel like too much work to explain all the intense and magical experiences you had to your friends and family, but be nice, not everyone got to go.

10. Post-residency blues are temporary. You will learn how to be alone again soon enough.

This summer I was the first journalist in residence at ACRE, in Steuben, Wisconsin, which accepted my proposal to create a daily newspaper on-site, documenting and archiving the residency experience from within. Having unsuccessfully attempted to poll residents for content beforehand, via email, I realized, upon arrival, that I’d have to throw myself headlong into the scene. I learned screen-printing, conversed with staff, lingered in the kitchen, researched the surrounding towns (mainly through beer runs), attended studio visits, performances and screenings, ate brick-oven pizza, tubed in the river, played basketball and lost touch with anyone in the outside world. 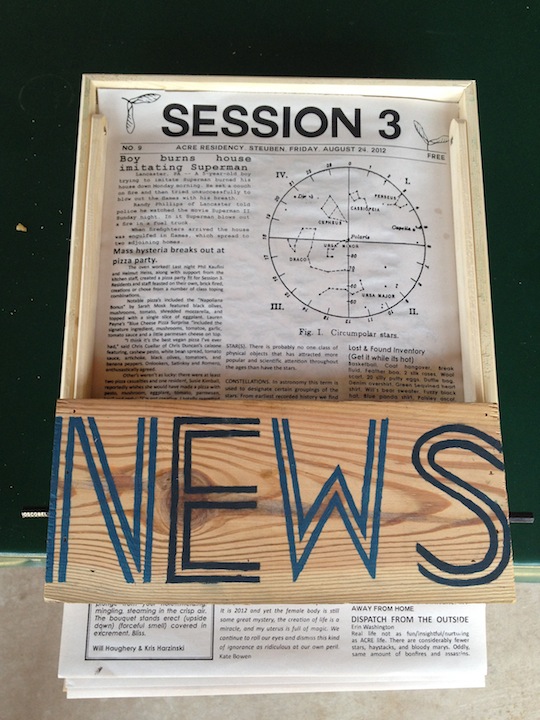 “Session 3” was screen-printed every morning with Daniel Luedke and distributed every afternoon at lunch. The residency’s dynamic participants and its intimate venue provided excellent content for a newspaper. In addition to my musings, the paper included contributions from residents, staff and visiting artists. I was pleased to include poems, advertisements for collaborative works, maps, an artwork edition by resident Chris Duncan, illustrations, and a series of salacious articles by muckraker and visiting artist Steve Wetzel.

Ultimately, the newspaper inherently embodied many concerns of a residency itself: What longevity can the project have? How do I convey the specialness of the residency experience to people back in the real world? What are the boundaries of collaboration? Is it possible to replicate the close community outside of this specific setting?

Dana Bassett is an arts administrator and writer living in Chicago. The “Session 3” newspaper may be available at Dana’s ACRE residency exhibition next year.