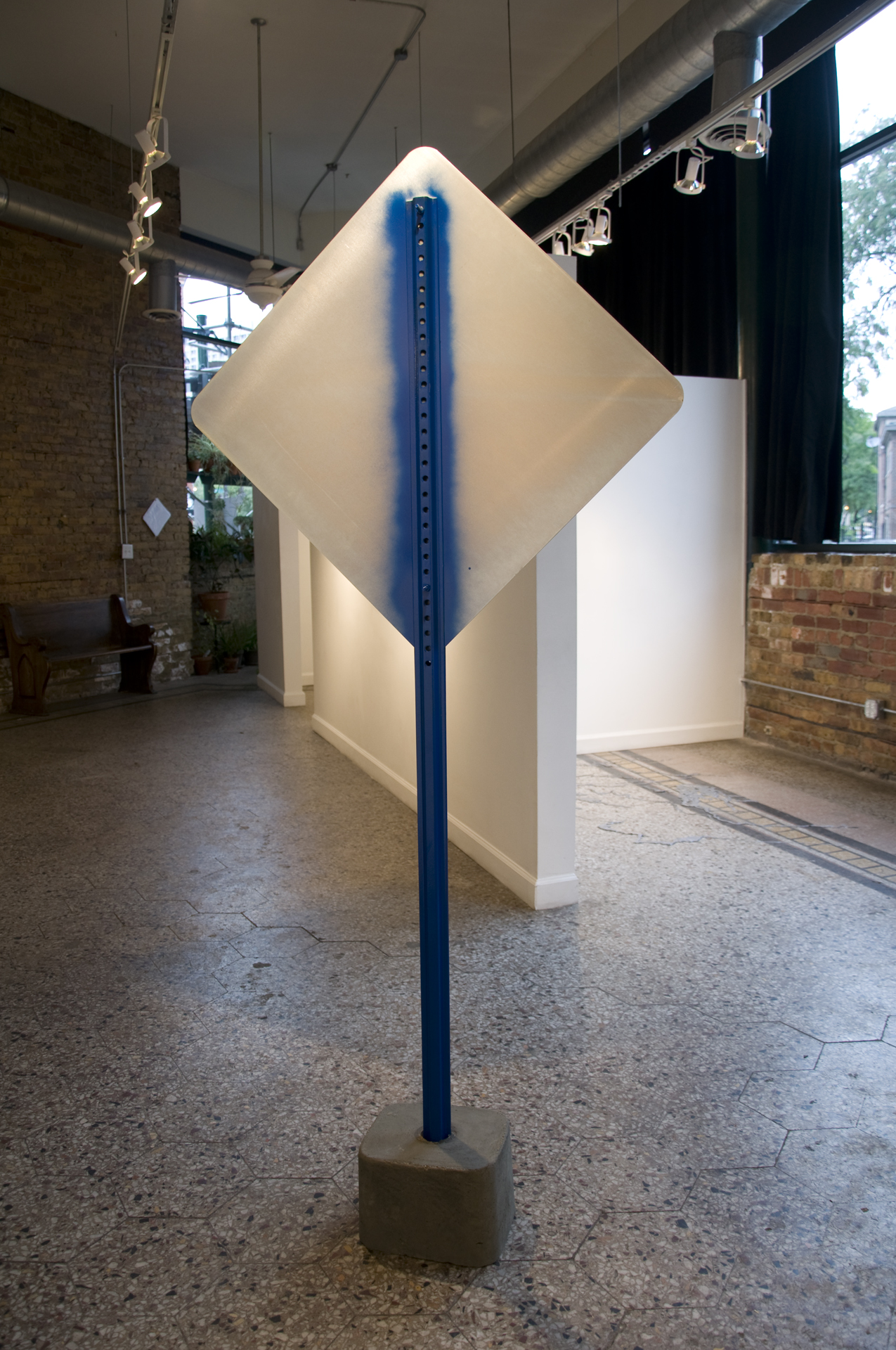 “I became a bit tired of being a spokesperson for hurricane victims,” says Heather Mekkelson, yet for the past four years hurricanes and other natural disasters have been essential to her ongoing sculpture series. Mekkelson hunts through hundreds of photographs of natural-disaster remains from news sources. She selects images that feature human lives tossed into chaos: house fragments, ripped clothing and other domestic upheavals, and recreates the scenes as large sculptures. Her still-life re-creations are meticulous down to every splash, crash, flame and crack, minus the scarred landscape and scared faces of victims. Salvation Army stores supply aptly used goods, which are heightened with paint. Part forensic investigator, part set designer, Mekkelson delights in the formalism of destructed objects, perhaps more than the ethics of human survival and disaster outreach.

Mekkelson has learned from artists of the Romantic period that disaster makes a good picture. Contemporary viewers of a Turner or Gericault painting are more interested in wild color and composition than the lives lost at sea long ago, so Mekkelson is one step ahead of the historical curve. Her ruins are sculptures that invite contemplation more on the generalized power of nature than the specific suffering of humanity. She pulls from a Gericault painting his “sweet-spot,” the point a viewer can “walk in” to the action. And with a love for Minimalist sculptors, Mekkelson gets deep into the pleasures of craft. While empathy is often the first response to disasters, Mekkelson shows us that many responses are possible and valid, even curiosity.

Childhood memories from the hurricane-beaten Gulf Coast and Ohio’s tornado valley drove Mekkelson to chase ruins. From 2002-2004 she co-ran an apartment exhibition space, 1/Quarterly, in Wicker Park, which may have further instilled her perception of constant construction—a gallery is constantly changing its insides, but a home is supposed to be constant and familiar. 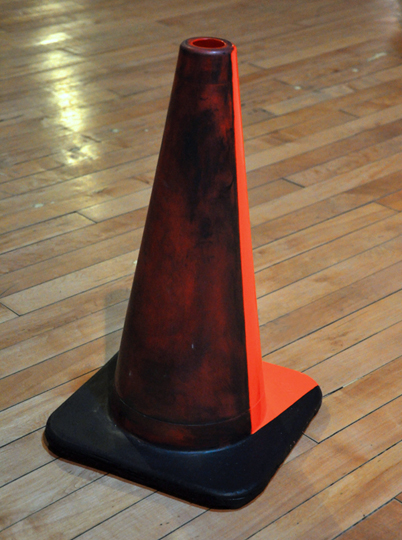 For the past five years, Mekkelson has (de)constructed new ruins around Chicago,  and has looked at thousands of photographs of post-disaster destruction. So much tragedy is tiring, and partly because she recently became a new mother, Mekkelson wants to cleanse her mind. For the current iteration of her disaster series, “Invisible Apocalypse” on view at Roots & Culture, she has moved away from the documentary photos, toward compositions from her imagination. In these new stand-alone sculptures, the man versus nature theme and vocabulary remain. But Mekkelson notices a change, even if slight: “It’s less simple in a way,” she says. Whereas the previous work sought to pull the viewer into a reflective meditation, this time around Mekkelson wants a double-take. These works no longer depict another’s world destroyed; they take that imagery and tilt our world, just a tad. Mekkelson smiles, and says, “You know, what if we’re living in a post-apocalyptic world, but it’s just the same?” She’s so charming that you can’t help but laugh along. (Anastasia Karpova)