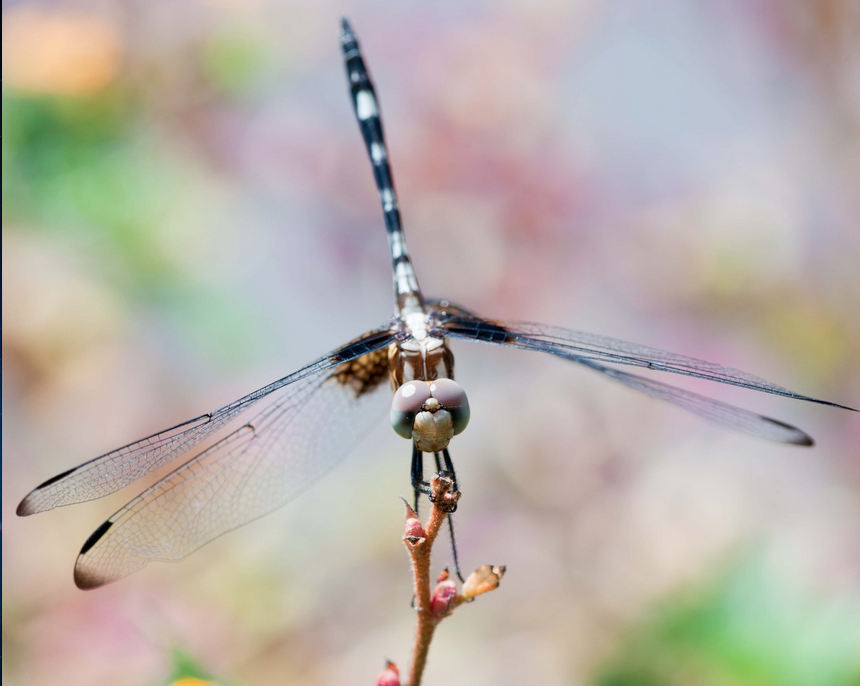 Before the onset of puberty, some boys become fascinated by the world of insects, especially if they are shy and insecure. They peer into a miniature life-space that they can dominate with their gaze. Colin McRoberts has felt the rush of testosterone, but he goes back to those little ecological niches and takes color macro-photographs of their denizens that are intensely detailed and individualizes, even personalizes, them, as a little boy does. Most telling is McRoberts’ “Self Portrait,” in which we see a Japanese beetle from above, intensely looking into a softly-focused cluster of white flowers: the little boy has metamorphosed into an insect, having become part of their world. Getting closer to the subjects of his passion than he ever could without the macro-lens, McRoberts gives us access to a domain that surrounds us yet that—after a certain age—we tend to overlook. It is refreshing and delightful—rejuvenating—to go back there again with a more practiced sense of beauty. (Michael Weinstein)

Through September 29 at the Chicago Photography Center, 3301 North Lincoln