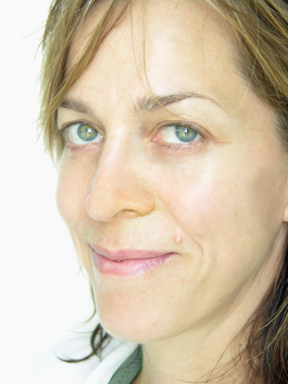 21 Laura Letinsky
Best known for her photographs of dinner-party remains, for the past three years Laura Letinsky has shifted focus to what she calls “constructions.” She stages cutouts of photos and printed pictures alongside objects and shoots them against white backgrounds. The results reveal how difficult it can be to discern differences between reproductions from originals. On the departure from her still-life works, she says, “The romanticism of the still life always seemed to dominate the genre. It seemed confining or restricting.” Her new pictures constitute a more “direct way of talking about the disappointment and seduction” of images. Though she says she feels more like a “hermit” these days, Letisnsky is still getting out. She has a solo show at Yancey Richardson Gallery in New York through October 20 and a survey exhibition opening at Denver Art Museum on October 28. 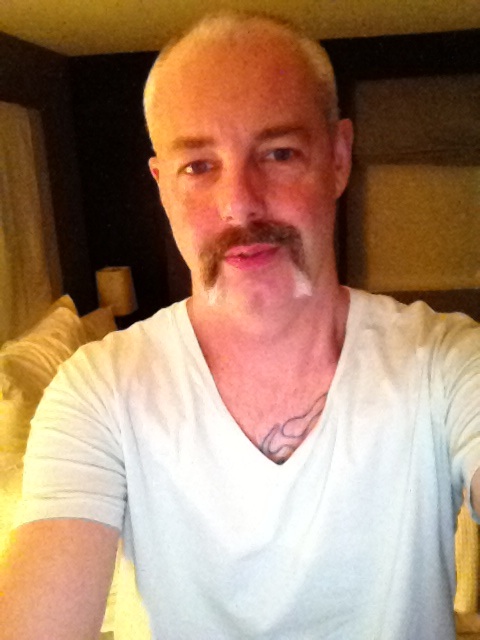 22 Steve Reinke
“My rectum is not a grave,” is the URL of Steve Reinke’s personal website, in answer to Leo Bersani’s infamous 1987 essay on AIDS activism, “Is the Rectum a Grave?” From there, Reinke’s website visitors can view the entirety of his video work, including “The Hundred Videos,” made between 1990 and 1997. With links to full versions on YouTube, Reinke is one of the few video artists who seems to understand that access is more important than proprietary branding, especially in our age of fair-use appropriation and collaboration, which Reinke himself does plenty. 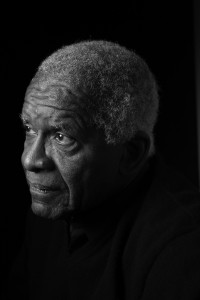 23 Richard Hunt
One of the most prolific producers of public art in the United States, sculptor Richard Hunt has been hard at work crafting his signature metal fabrications since 1955. Although his work is exhibited and collected at major institutions across the country, it’s likely that you’ve seen his work right here—strolling past the Thompson Center in downtown Chicago or hailing a cab at Midway Airport. When he isn’t preoccupied with welding bronze and steel for high-profile commissions, Hunt spends his time serving on the boards of major public institutions, including the National Endowment for the Arts and the Smithsonian, winning lifetime achievement awards and generally making history; Hunt was the first African American to have a major retrospective at the Museum of Modern Art in 1971. So much of Richard Hunt’s work seems to embody the upward thrust of his career. With titles like “Flightforms” and “Tower of Aspiration,” Hunt’s sculptures, often vertical, abstracted figures, appear to leap from their pedestals, deftly defying space, gravity or whatever force dares anchor them to the ground. 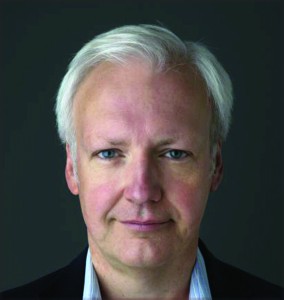 24 Tony Tasset
Tony Tasset’s insistently cheerful rainbow will soon be erected over Culver City, California. At over ninety feet high and spanning 188 feet, the permanently installed polychromed aluminum and steel rainbow will challenge the nature of happiness: Is it dependent on objects like rainbows or just their fleeting beauty? Working within the American sculptural genre of roadside attractions—a giant round eyeball, a listless Paul Bunyan—Tasset’s work is accessible and appealing and questions why it is so. Like Jeff Koons, Tasset excels at feeding public spaces with monumental fantasies that may or may not also be nightmares. 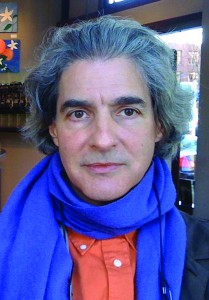 25 Lou Mallozzi
Despite the glory of John Cage, sound art is still a confusing genre for contemporary art. Is it experimental music, or curated noise, or ambient soundtrack? Lou Mallozzi is taking care to correct sound art’s reputation while also indulging in cross-sensory productions. Mallozzi co-founded the Experimental Sound Studio, presented the first international Sound Art Theories Symposium, wields the turntables alongside vocal improviser Jaap Blonk, and amplifies surveillances of unsuspecting pedestrians from a rooftop downtown. Essentially, he is a sonic catalyst and a sound-art mentor. Forthcoming is “Peers”—a twelve-person unison recitation of Lee Harvey Oswald’s last words to be performed at the Chicago Cultural Center on November 13. 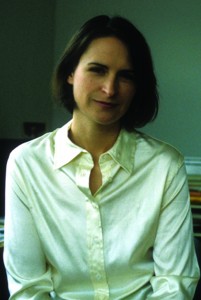 26 Jeanne Dunning
In the 1980s and nineties, Jeanne Dunning created images of the body that turned gender inside-out, and she was among the first to pick up a camera, without formal training, and use photography as a tool of conceptual art. It was a backlash against the reigning Imagist painters, and Dunning fought to diversify Chicago’s art scene with new tactics and topics. When these artworks debuted, they caused double takes: Is that a human orifice, or a tunnel of hands? Is that the back of a woman’s hair, or a formal portrait of a penis? Is that a mustache or a vagina? Dunning received local and international acclaim for these gender flips, but in today’s trans-happy world, they might seem routine. As a professor at Northwestern University, she influences younger generations to experiment with ideas and media, and now, her legacy is coming into focus. She is included in “The Great Refusal: Taking on New Queer Aesthetics” at the Sullivan Galleries. 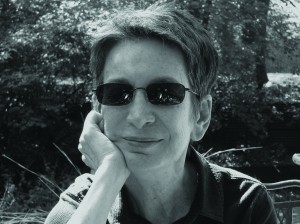 27 Kay Rosen
Sometimes it takes a toddler and sometimes it takes a poet like Kay Rosen to break our rigid attachment to language. Rosen’s word art is often LOL funny in an over-serious art world. Puns, free association, but also just silliness pervade her word games. Based just outside Chicago, in Indiana, Rosen the Hoosier gets to experience many world languages first hand. Upcoming exhibitions include Honolulu and Liechtenstein. 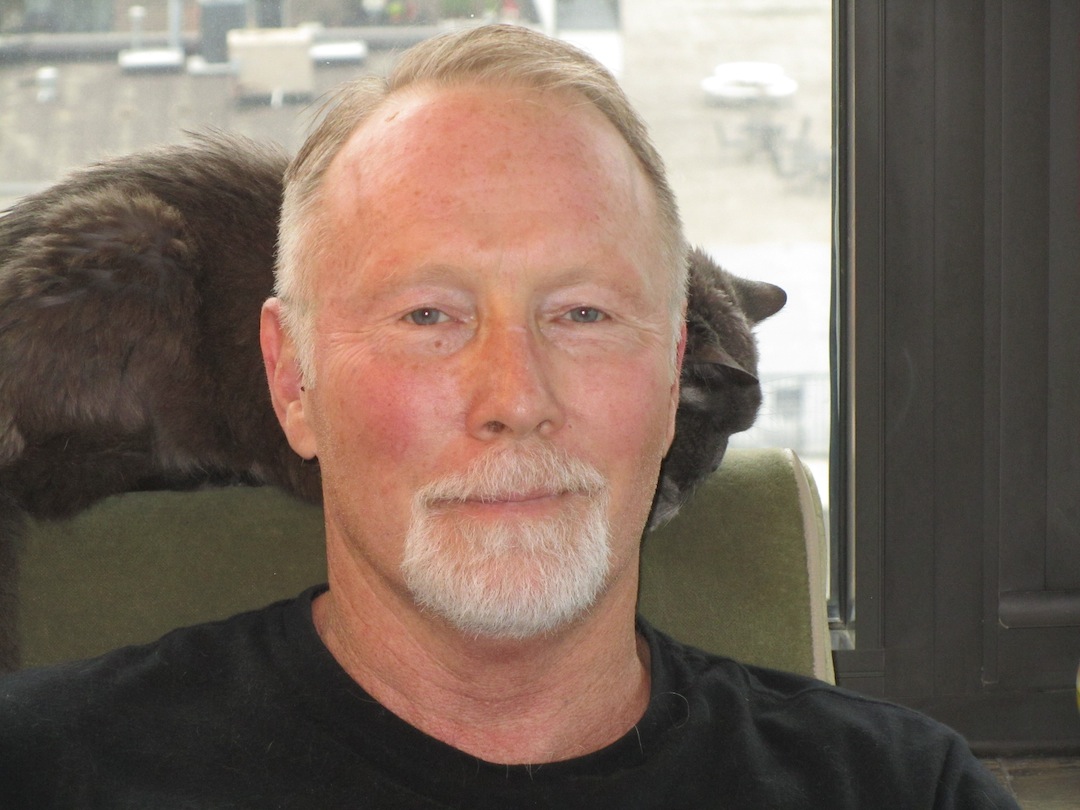 28 Doug Ischar
In the mid-1980s, Doug Ischar documented beautiful, toned men lounging on staggered gray cement rocks. The scene was not an ancient Greek orgy remake but a secluded gay beach in the heart of the city during the height of the AIDS crisis. Ischar kept these color photos to himself until recently. He pulled them out of the closet for exhibitions at Estudiotres and then at Golden Gallery, which brought attention to Ischar’s art practice but also his amazing trove of documentary photography from a bygone era. Perhaps as a pun on the Belmont Rocks, Ischar says he’s been teaching since “the Stone Age,” at UIC, for twenty-two years. He’s become a mentor to a younger generation of artists who are similarly interested in probing queer histories and desires, such as Elijah Burgher and John Neff. Ischar is currently working on a video based on two adaptations of “The Son of Tarzan,” from the 1920s and the 1950s. “I’ve combined them in these crazy ways, trying to tease out the homoeroticism, and also colonialist assumptions,” Ischar says. “But it’s also personal—this was the first time I got to see hot guys with their shirts off.” Ischar will screen his four most recent videos at Columbia College’s Ferguson Auditorium on October 5 at 8pm. 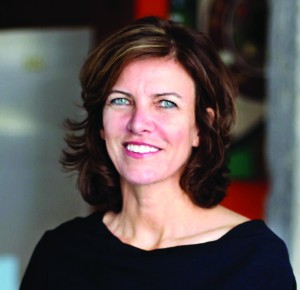 29 Jeanne Gang
Jeanne Gang is well on her way to being the next great star of Chicago architecture, a magnificent constellation crowded with men. Aqua Tower in the Loop is the tallest skyscraper produced by a woman in the United States. Gang breaks not only gender boundaries but her studio’s buildings also address the questions of a new age: environmental and social sustainability. A proposed Nature Center for Calumet, just south of Chicago, has a minimal footprint, reclaims abandoned spaces and reuses materials left from the steel industry. It is designed so that migrating birds will not injure themselves on the building. MoMA featured her research for affordable housing for immigrant populations, and her hometown gets a peek when “Inside Studio Gang Architects” at the Art Institute of Chicago, opens September 24. 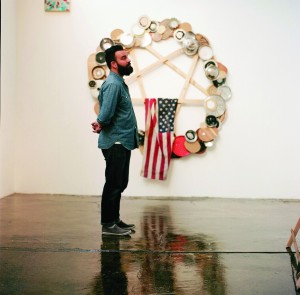 30 Cody Hudson
Remember an art world so prissy that the idea of admiring commercial graphic design was taboo? Thankfully that’s past news, but the next jab at art’s big ego will take place in restaurants. The case in point is Longman & Eagle, a neighborhood restaurant (and six-room B&B) known for its zoo-manic menu, 148 whisky brands and its tableside contemporary art. Artist/designer/entrepreneur Cody Hudson was responsible for the Longman & Eagle’s “interior aesthetic details,” he calls them. As a graphic designer, Cody likes to take art for a stroll outside its comfort zone, especially away from art galleries. He and his friends Juan Angel Chavez and Mike Genovese basically invented scrap-wood public sculpture interventions. Now, as a gallery artist, Cody savors oddball formalism, integrating cakeforms or clocks or whatever round objects satisfy roundness into his sculptures. For Cody, commerce flows into collage like day into night. “A collector who bought an abstract wood sculpture might have no idea that they also just walked by some work I did for Nike when they were on Michigan Avenue earlier in the week.” The boundary between art and shopping is about to get even more unbuttoned as Hudson launches Land and Sea Dept., a consulting business for restaurants, bars and events, with co-conspirators Pete Toalson, Robert McAdams and Jon Martin. Planning for their second restaurant/bar in Logan Square is currently in progress.

To be included next time…. Karen Ami, amazing artist and founder of the chicago mosaic school. http://artamiba.com/about/ http://www.chicagomosaicschool.com

Simply put: Ageism. Yes these artists are oldies but goodies – the majority are 45+….and many are former teachers from my art school days…6 to be exact…but where are my youngin’s at?!?! With an overwhelming amount of incredible, influential, innovative and unrecognized young artistic power houses under that age of 40 creating in Chicago….And another thing, did I see any women of color mentioned? Just asking….

My apologies, I did see 1 woman of color recognized. Thank you.

Probably many others should be included, amy. Must be thousands of great artists in Chicago. Feel bad for #51 – just like #4 at the Olympics! I know Jno (37). What great art and photography – and a great guy! Yes to “No Carrier” – what an innovator. And not only that, but he has put his art aside for ten years to write the most detailed and amazing alternative cosmology. It has changed my life, or at least my understanding of it. Might change yours, too… http://saturniancosmology.org/ Through Jno, I got to Dawoud (8) also – also some really… Read more »

hi vetron5000, re: ageism, the complaint usually goes the opposite direction. The art world loves to make child stars and put its old-timers out to pasture. Plus, every year we do the Breakout Artists issue which features local emerging artists. thanks for reading. Jason

Critique is in now way a complaint. Yes, you do compartmentalize emerging artists in the Breakout Artists issue. Thank you. Isms do not have a direction – there is no “this way” or “the other way”.