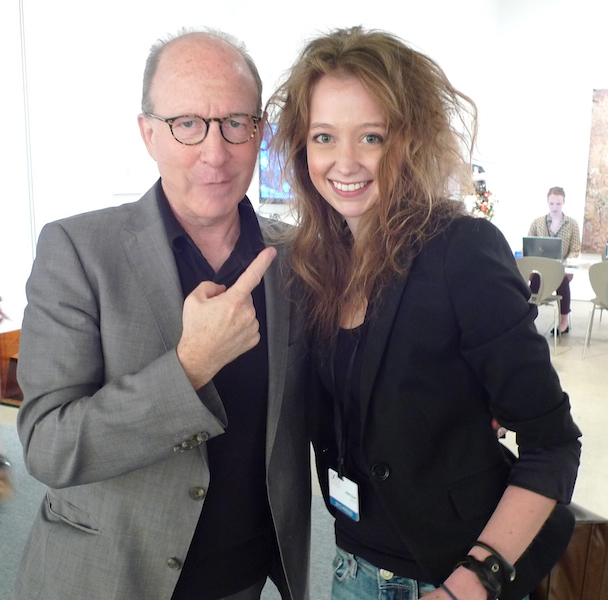 “Chicago is slow” was the mantra throughout the day on Thursday as hopeful EXPO staff, exhibitors and speakers repeatedly assured attendees that the sparsely populated aisles and red-dot-less walls shouldn’t be judged so quickly. At 10:30am sharp, Jerry Saltz spoke to a bleary-eyed full house at the EXPO Dialogues stage after an introduction by SAIC’s Dean of Faculty and Vice President of Academic Affairs, Lisa Wainwright. A bundle of nervous energy, Saltz spoke to his Chicago roots and the city to which he flies a few times a year to advise SAIC painting graduate students. “Chicagoans are shy,” explained The People’s Critic, who admitted that though he is not an authority on art fairs, that he’d like to see EXPO Chicago replace the prominence of Art Basel Miami. “Chicagoans move slow and our money moves slow,” he said of Wednesday night’s Vernissage, which many expected to be the time when a majority of the art would be sold. After that, Saltz’s talk went a little wide, starting with an impression of Jeff-Koons-as-Ronald-Reagan before giving his advice to artists and defending the importance of art as a whole.

But Jerry’s take on our market was the first of many similar explanations—even from Tony Karman himself. Basically, the speculative consensus was that it’s only Thursday: the collectors from Detroit, St. Louis and the rest of the nation that exists between the coasts wouldn’t be arriving until the weekend, prompting some criticisms from experienced out-of-town fair participants that perhaps the duration of EXPO is one day too long. It was also acknowledged with some trepidation that the other major fairs depend upon the gotta-have-it-now, whip-out-the-checkbook purchasing, which is not the way it’s been happening here.

The absence of frenzy continues as a trend in the attendance as well. We know that Art Chicago’s old habit of giving away huge amounts of free tickets (I’ve never met a person who actually paid for a ticket to Art Chicago) lead directly to the decision to keep EXPO Chicago significantly more exclusive, a rational move that keeps freeloading art students at bay while the fancy people are shopping. On the other hand, a West Coast colleague of mine made a good point that art fairs need buzz; without crowds of people in the aisles and with a large number of private events impenetrable, how will the excitement build enough to make next year even better—or happen at all? (On September 21, EXPO reported the attendance of 3,000 people at its Vernissage opening party.) 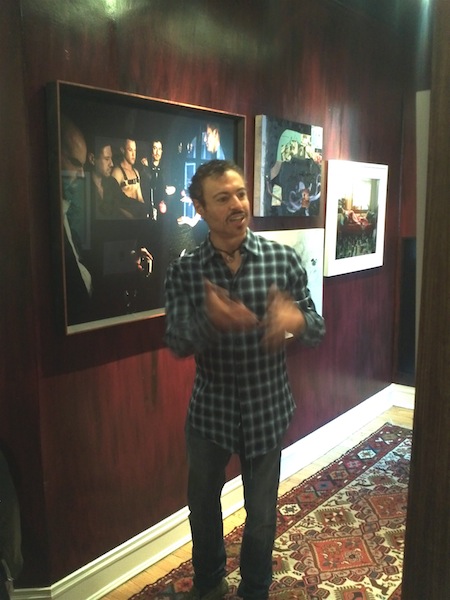 But it’s Sunday; attendance and sales are up, and it’s not as though all the excitement and hopefulness is gone. Tours of local collectors’ homes for VIPs commenced Thursday morning and continue; I was kindly permitted to attend the tour of Dr. Daniel Berger’s cozy Rogers Park home and museum-caliber collection Friday morning where a small group of locals and out-of-towners marveled at the impressive collection of works by Chicago, queer and African American artists, and eagerly purchased the catalog of Dana DeGiulio’s exhibition currently on display in Berger’s backyard exhibition venue, Iceberg Projects. I hope that others are similarly inspired by what they see from our local collectors.