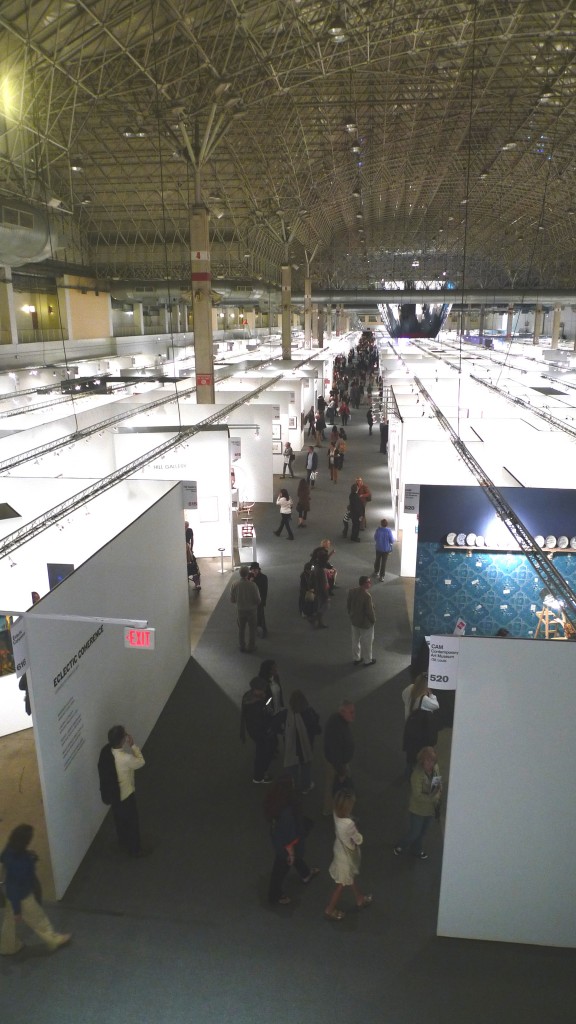 “There’s going to be an EXPO Chicago next year, right?” Chicago dealer Linda Warren asked Tony Karman Sunday at Festival Hall, voicing the concern that all of us are harboring. We were discussing how the fair was unfolding, Karman mentioning that he wished more collectors from the greater Midwest region would have come out and talking about the holes he’d like to fill in the future. As Karman spoke about how he was the first to arrive at the fair that morning at 9am to take in his fully realized creation before the final day’s activities commenced, he was the confident marketing machine that was responsible for convincing the amazing architects, dealers and vendors to invest in this first year fair. But as Warren inquired about EXPO 2013, Karman’s pitchman countenance disappeared as he sat down on the floor in front of our bench. With his knees bent, Karman began pulling up the dress socks that had pooled around his ankles and politely asking us to pardon that action before admitting with a sheepish smile, “There had better be a fair next year, or I don’t know what I’m going to do with the rest of my life.”

In my informal and completely arbitrary poll of the dealers, I asked several questions leading up to the two bottom lines that will determine the fate of EXPO Chicago: “Did you sell enough?” and “Would you come back?” Some gallerists I spoke to were emphatically positive, including Rita Stuart from Nicholas Metivier Gallery, Toronto whose gorgeous Edward Burtynsky prints bore several red dots next to each of them. Many Chicago galleries did very well, as did Christian Ehrentraut of Berlin who sold several remarkable, scraped-down paintings on copper by Nicola Samori. Others seemed not likely at all to return for a second year, like Berlin’s Loock Galerie, whose sparse, gallery-style installation didn’t garner them any business. Van de Weghe Fine Art of New York had brought in their pricey secondary market offerings (like a magnificent Frank Stella shaped canvas) that went completely unsold, reiterating the consensus that it was the contemporary, primary market art, not the Modern, secondary market art, that was being moved. 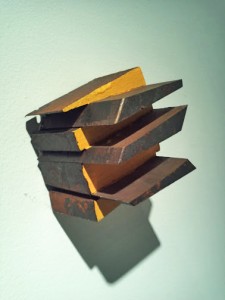 Of those I spoke to, whether they made sales or not, there were several things that the exhibitors agreed upon: that the fair looked topnotch, that the process of exhibiting at EXPO went off essentially without a hitch, and that they encountered as many out-of-town collectors as they did local ones. It seems almost as though Karman and EXPO Chicago did everything right, everything that people said that they wanted from the fair. So if this is EXPO’s only year, at whom will the finger be pointed? Will the fair’s critics blame the collectors for not convincing other collectors to come? Is the economy to blame for the modest spending? Or will everyone simply shrug their shoulders and hold the notion of Chicago in general responsible with the self-fulfilling prophecy of our Second City syndrome? The latter being the most frightening possibility of them all, what we can hope for is that those who did clean up, cover their costs and make a profit will continue to support Tony Karman’s incomparable effort. 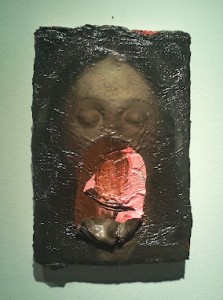 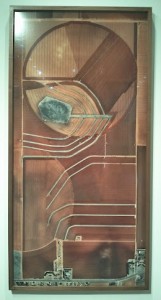 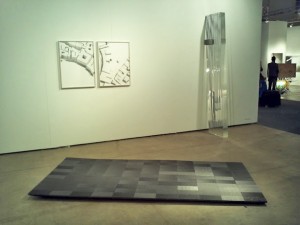 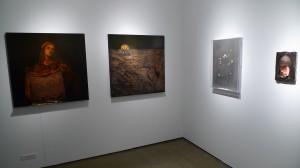 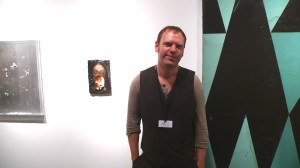