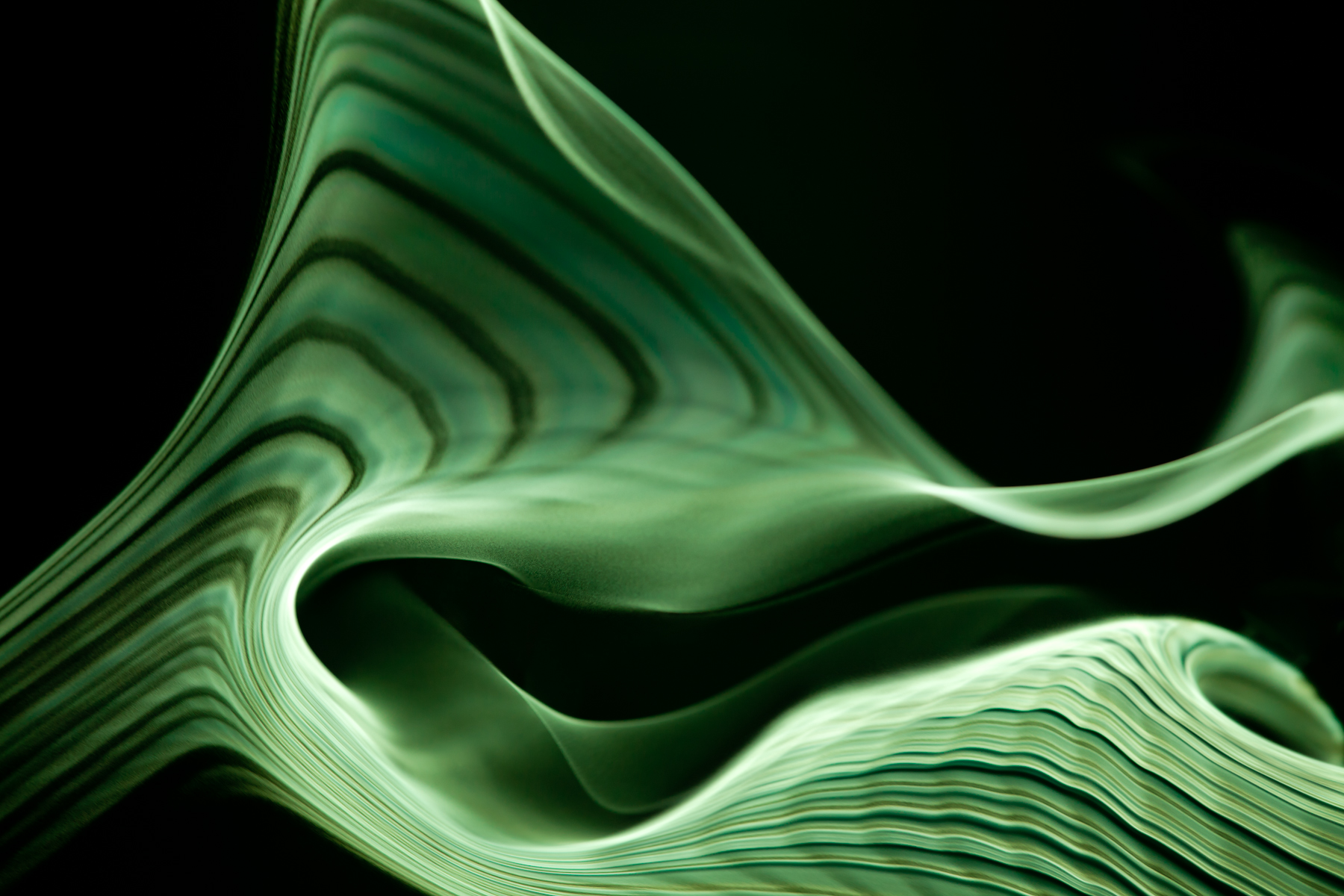 Photographic abstraction has recently made a comeback, with a new generation of artists experimenting with novel approaches to wresting beguiling forms out of ordinary objects that leave everyday perception far behind. Shirley Nannini is at the forefront of this movement, placing her subjects (rocks, rulers and plates, for example) in a wind tunnel, mixing some smoke into the atmosphere and shooting the effects in color. The images depict curving, swirling and undulating forms that run wild as they fold in upon themselves and spike out in patterns that we have never before glimpsed. The closest approximations in the real world to the shapes that Nannini presents to us are complex involuted sea shells, like the chambered nautilus; yet those are static, whereas hers have burst their bounds and sprawl, twist and spread, as though the tiny creature confined in its prison had become Prometheus unbound. The photographic abstraction has never been associated with dynamism; Nannini shows that this is because because a little more ingenuity had to come into play. (Michael Weinstein)