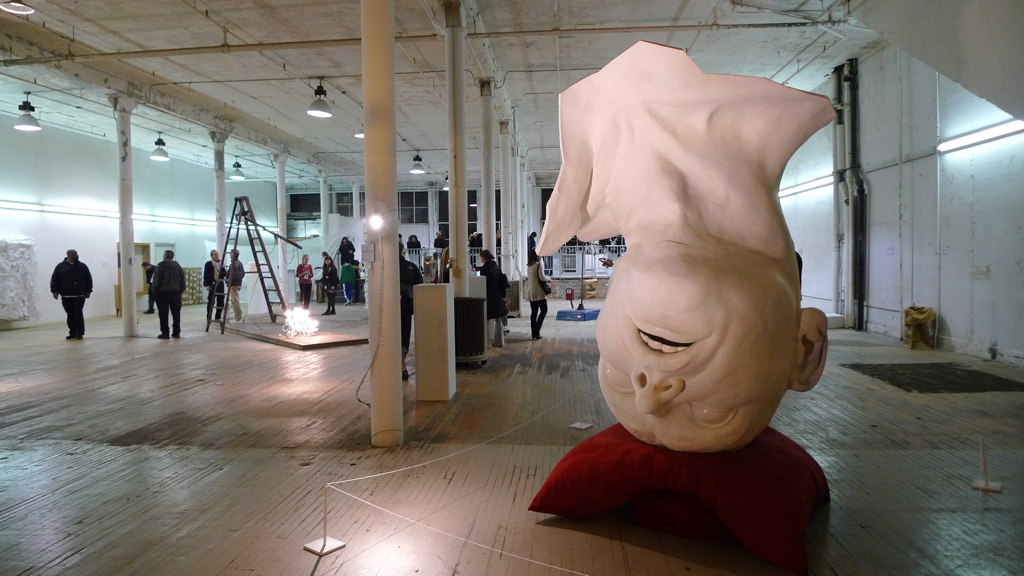 For the past ten years, hundreds of art enthusiasts have gathered in Pilsen for the Annual Pilsen East Artists’ Open House to catch a glimpse of the Neo-Bohemian lifestyle. These self-guided tours, which usually take place in October, are no petty endeavor. They have the endorsement of the Chicago Department of Cultural Affairs and Special Events in conjunction with more than 200 partners. Among them this year was the ISC’s 23rd International Sculpture Conference (held October 4–6), and Chicago Art Department (CAD), a nonprofit organization with a mission of increasing community outreach programs.

“Ritual No. 3 I AM I,” performance by Todd Frugia and Marrakesh at Rooms Gallery in Pilsen; A typical Neo-Bohemian living space and artist’s studio in Pilsen; Artist Allen Vandever.

I must admit I’ve only been to these walks twice. The idea of being complicit in accelerating the process of gentrification in one of our most diverse neighborhoods used to make me uncomfortable. Located between South Halsted and 18th Street, “Podville’s” city blocks are chock-full of rental storefronts and weak-looking compartmental artist’s lofts, only a few blocks away from newly constructed UIC’s University Village. But artists are cool with it and don’t mind paying the Podmajersky rents that are just as expensive as those in the West Loop or Wicker Park.

So Friday night I braved the intense incense and stale cheap wine, and found myself pleasantly surprised by a groovy storefront installation by Chelsea Culp and Ben Foch. There, a group of hypnotic totems continuously turned 360-degrees on their base; each had a face and mustache drawn at the top. If anything, they fit perfectly with the décor of many of the hip knick-knack boutiques along Halsted. Over at Rooms Gallery, a space dedicated to live performance and installation art run by the husband-and-wife team of Todd Frugia and Marrakesh, I found a man on meditative pose, wearing a long shiny cape, staring at a metronome while repeating the words “I AM I.” Like the totems, this performance had an air of hippie mysticism. And, in a similar vein, we found Allen Vandever’s basement studio packed floor-to-ceiling with furious paintings of sexy Asian girls and nudies over wobbly, shiny patterns. Vandever made a name in 2011 at Art Chicago by destroying his own artworks not sold in the fair with an ax. 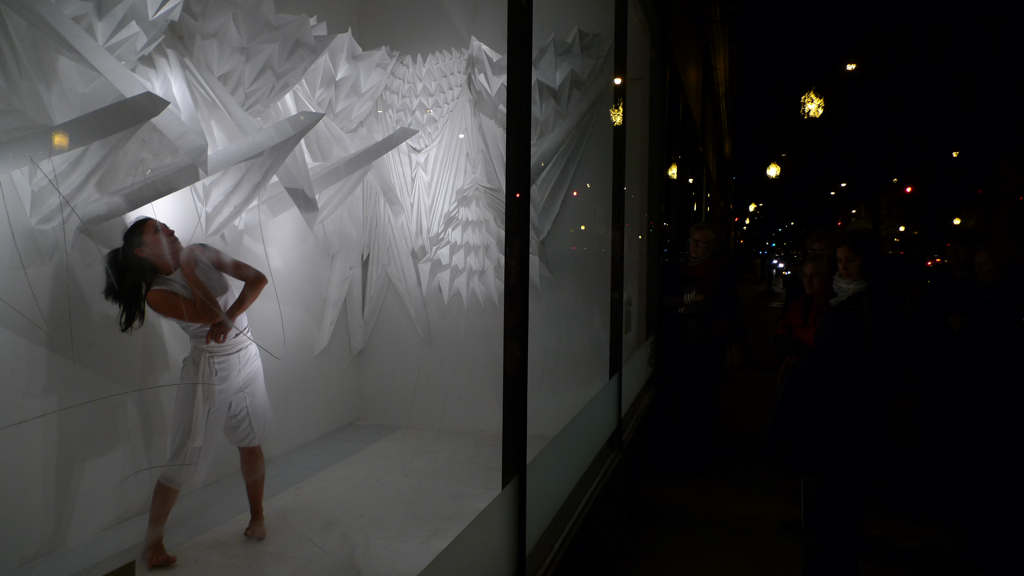 Stationed in a huge abandoned space was the International Sculpture Center’s impressive multi-media exhibition “2011 Outstanding Student Achievement in Contemporary Sculpture Awards.” From the bunch, “Dirt Rug” caught my attention. It was a subtle floor drawing of a mandala rug made out of dirt by University of Missouri alumni Trudy Rogers-Denham. It blended so well with the raw space that I stepped on it twice, erasing a few of its elaborate designs. I hope ephemerality was part of the concept.

But my favorite finding that evening was a group of photorealist oil paintings depicting young people in rock shows superimposed with flat geometric designs by Matt Maniscalco at Black Cloud Gallery. Although they are reasonably priced at $3,000, the gallery prides itself in the fact that potential buyers can negotiate. According to their website, during the exhibition patrons have the opportunity to make silent offers for any work, and if by the end of the show the work is not sold, offers can either be accepted or declined. My best guess is that in every case the artist will accept a deal. So if you have some money to spare, this is your chance to score in Podville. I would if I could. (Pedro Vélez)