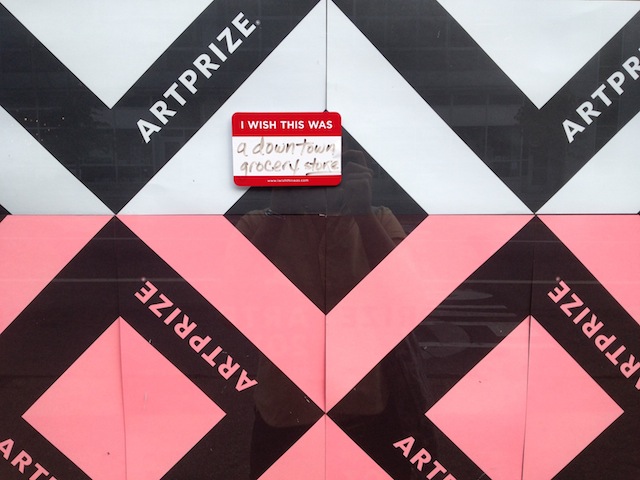 Chicago could learn a few things from ArtPrize, the annual art competition in Grand Rapids, Michigan, open to artists from around the globe. It used to be that trade-fair style art fairs and biennials churned the money and the buzz. But in 2009 Rick DeVos, the grandson of Amway founder Rich DeVos, found a way to attract the art world’s attention to a small Midwestern town. This year—the competition’s fourth—1,517 artists from fifty-six countries and forty-five states sent their work into this truly art clusterfuck. Winners were decided by a public vote and a new (as of this year), juried panel.

Even better than grabbing the attention (and upsetting) the art world, ArtPrize allows the public to converse with art in diverse venues, many not noted for exhibiting contemporary art, such as the former Grand Rapids Public Museum—an old history and science museum still stuffed with rotting exhibits, which many artists made use of, including a giant, three-dimensional diorama of the menstrual cycle and an array of taxidermied animals in individual boxes for the smartly curated SiTE:LAB—to hodgepodge arrangements located in the city’s bars, retail establishments and restaurants. Anyone can vote for the winner (of a fat $200,000 cash prize) if they go directly to Grand Rapids, login to ArtPrize.org or Facebook, and register for an account. ArtPrize engages the people—the community, the artists, the Sunday afternoon painters and even the tepid art fans who just want to dip their toe into this smoke and mirrors world of illusions. It brings in visitors who wouldn’t normally visit this place, and exposes them to an international selection of artists who range from unknown to emerging and semi-established. 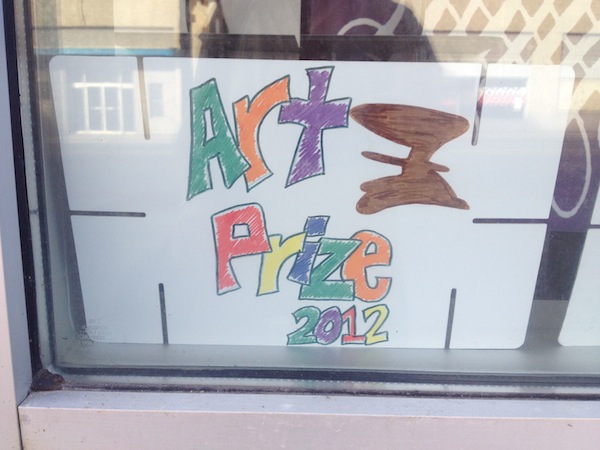 Toward the end of my visit I was wandering downtown Grand Rapids, over-caffeinated and dehydrated, with my road-trip buddies artist Young Sun Han (runner-up on “Work of Art”’s season two) and Grand Rapids-native and artist Andrea Dauser. Between our three sets of eyes, we managed to find Grand Rapid’s most hidden gem—Gaspard Gallery, a quiet white-walled space at the end of bustling Division Street. The two attractive young men behind the desk opened “Spiritual Lake” in conjunction with ArtPrize, mostly a collection of teenage-dream-meets-young-gay-fantasy photographs that recalled Thomas Eakins’ erotic “The Swimming Hole.” It was Gaspard Gallery’s inaugural exhibition, and they clearly benefited from the spike in Grand Rapids art tourism(artprize.org/gaspard/2012/spiritual-lake). The winner of the inaugural ArtPrize was “Open Water No. 24,” an oil on canvas painting of ocean waves.

“The majority of the people who are voting live in or around Grand Rapids, so in that sense it is a biased process,” says Detroit-based artist Scott Hocking, who was on a lecture panel during the event’s first year, in 2009. “But the juried twist they put on it this year has completely changed the game.” 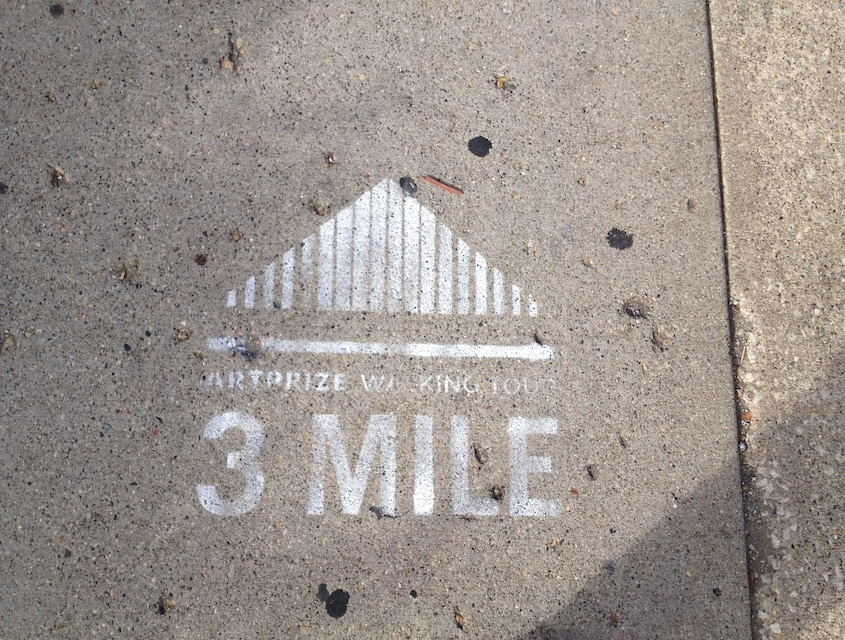 New York magazine’s Jerry Saltz participated in the three-person juried team that awarded the new $100,000 Juried Grand Prize. This prize functioned almost in direct opposition to the public vote, which tends to lean toward Jesus, animals and carved wood. The public award is double the amount of the jury award. Before heading to Grand Rapids, Saltz stopped in at Chicago’s EXPO Art Fair. His lecture at EXPO focused on the shyness of Chicagoans, and the slowness of the Chicago art market.

So, how does an experimental art event like ArtPrize grab, and alter, the collective art community’s consciousness? First, it took a major commitment from local businesses and non-art venues to open themselves up to art, sit with the art for the long three weeks, welcome the increased foot traffic, and manage the change in their business’ flow—all the while operating outside of the traditional art market. 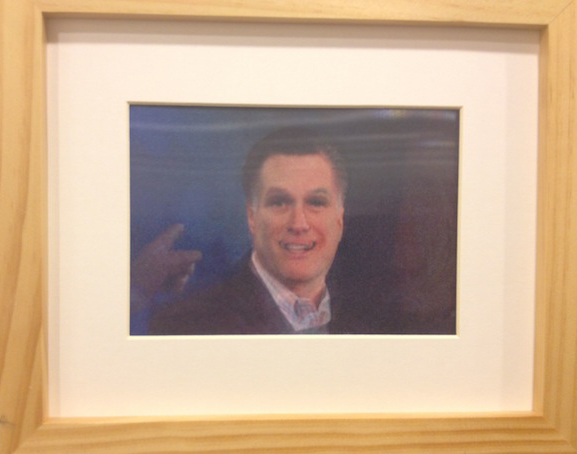 Translated to Chicago-speak, it means a fully-engaged, city-wide art event, not an art fair for majority insiders at Navy Pier. But Chicago is far bigger than the 180,000-ish population of Grand Rapids—plus, an open-call for art yields, in this case, a ridiculous amount of dragon sculptures, Mitt Romney holograms, and kitschy landscape paintings. Much of it was aesthetically painful.

Perhaps it’s time Chicago opened up to a wider range of opportunities. Chicago-based artist Chris Silva and collaborators, known as ABCD 83, traveled to ArtPrize and ended up winning for best 3D piece in the juried award section. They left Grand Rapids with $20,000 cash for an installation that originally debuted in Bucktown. Chicago artists should not have to travel to a small town to gain recognition they deserve at home. 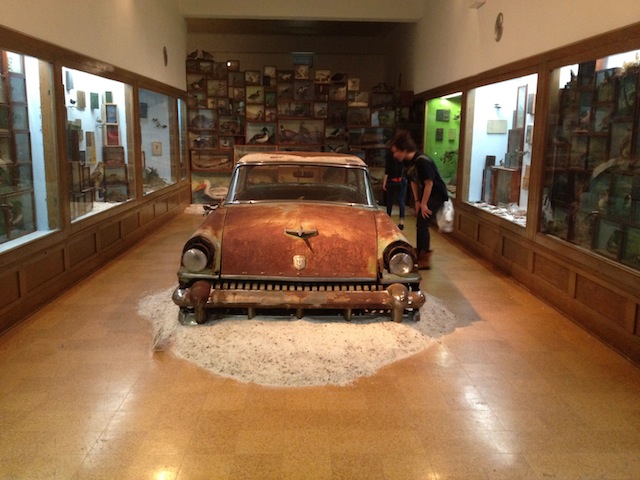 In addition to works like Silva’s, smart curation kept this event from being a total bust. In the now-defunct Grand Rapids Public Museum, Hocking displayed “The Reptile Room,” a site-specific installation revolving around the god Mercury who would take the soul to Heaven or Hell. A rusting 1955 Mercury car that he found behind a church in Detroit formed the centerpiece of this alchemical transformation. Winged taxidermy bird messengers, withering books about the end of the world, and a scattering of salt that looked like broken glass, helped to mix mythologies, bridging the past and present with possibilities for a new future.

The $100,000 juried prize award went to the “Displacement, (13208 Klinger St)” (2012), a collection of found objects from an abandoned home by Detroit artist couple Mitch Cope and Gina Reichert installed at SiTE:LAB. Adonna Khare’s “Elephants” (2012), a thirty-foot-plus drawing of an elephant-heavy animal utopia on display at the Grand Rapids Art Museum, took home the $200,000 public vote award.

ArtPrize shows that it is possible for an entire city to be invested in the arts alongside opportunities for smart curators to put together amazing shows in non-institutional spaces. The event is gaining traction and attention from the art world at large. Chicago could reconsider its art market comeback, incorporating some of ArtPrize’s curatorial model. In doing so, Chicago’s transitioning art economy could find new ways to boost arts tourism, and further engage the general public with the visual arts.