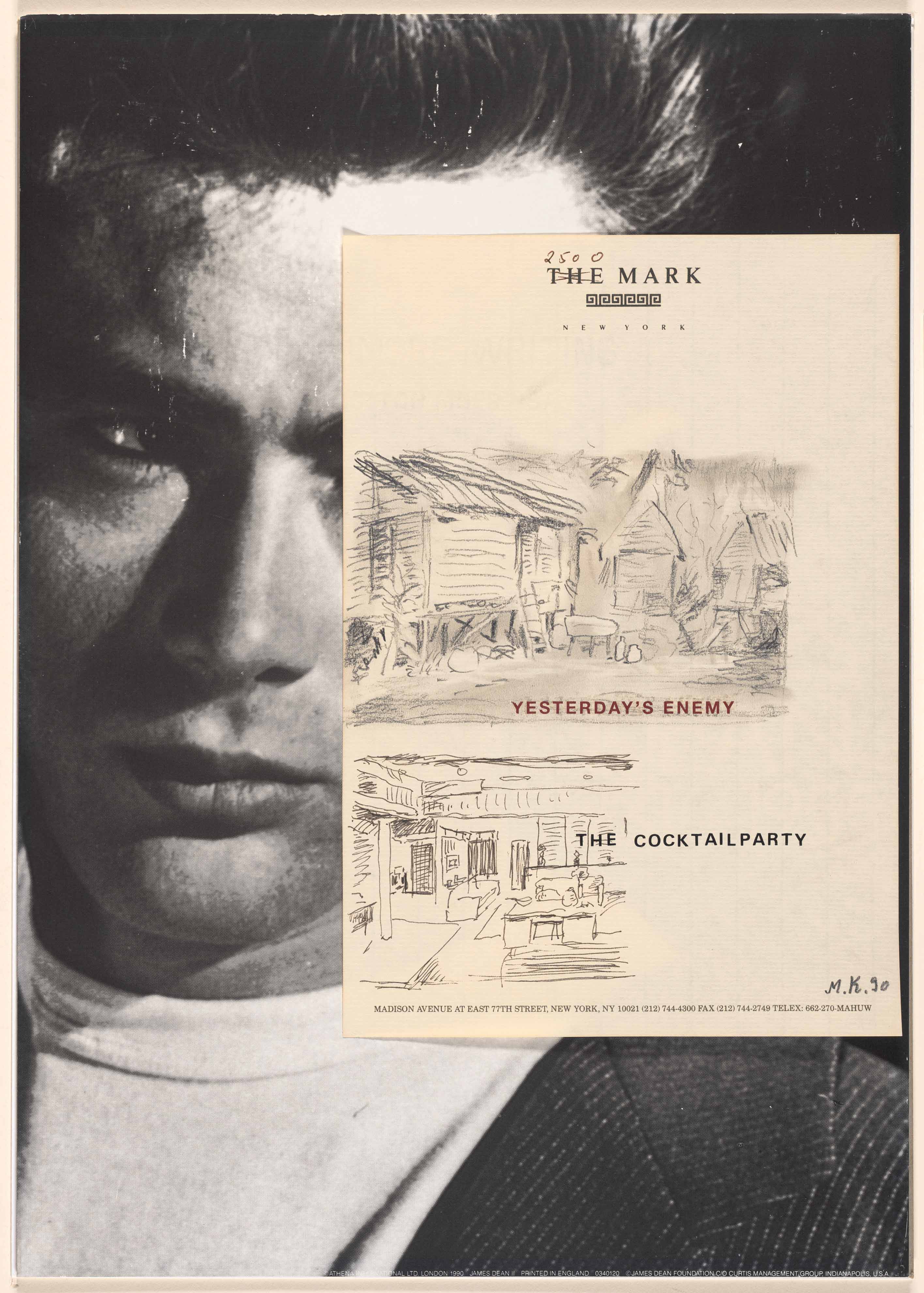 A few weeks ago I was watching Channel 9 for the weather. When I tired of the inane ideological background noise that is the local news, I switched to Channel 20 and “Deutsche Welle,” and I landed in the middle of an expanded story explaining in clear, comprehensible detail how futures markets create poverty in third-world countries. Moral and ethical concerns, a sense of intelligence and gravity, inspired, perhaps, by the ever-present debt to the past, likewise set the tone for the contemporary German art in “De-Natured.” This exhibition begins with Joseph Beuys—whose documents and objects obsessively reenact his experiences in the Luftwaffe, launching a new species of “social sculpture”—and fills the Block’s galleries with carefully chosen, significant minor works by important artists: It is a crucial short course on later-twentieth-century German art. Beuys’ work and cult status is related conceptually to the provocative gestures of Duchamp, but for Beuys, wit and spatial displacements are weighted with the sense of moral urgency that haunted postwar Germany. The documents (for the Free International University), multiples and objects in this collection, which belong to the Ackland Art Museum of the University of North Carolina at Chapel Hill, provide a solid introduction to Beuys’ ideas about the connection between art and radical democracy.

There are enough Cold War Richters to give a sense of the scope of his painting, a couple of deft Sigmar Polkes, two sets of Bernd and Hilla Becher’s austere photographs of “anonymous sculptures” and “sacred monuments of technology,” a wall of Hanne Darboven’s musical notations and another wall of Kippenberger’s pleasingly manic drawings and ephemera. The sober, centered, lucid photos by Struth and Gursky, both students of the Bechers, are remixed meditations on capitalist consumerism and mass culture. Along with Thomas Ruff, they complete the main exhibition. Downstairs one finds “Shimon Attie: The Neighbor Next Door”—projections onto the streets of contemporary Amsterdam of archival footage of Nazi soldiers, which we view through peepholes in the wall as if in hiding. Around the corner from the main upstairs exhibition is a room of duotone offset lithographs of photographs of Beuys and his drawings on sand. Beuys’ “Sandzeichnungen” documents a day at a Kenyan beach that is the same but different than our own day at the beach; there is a stirring precision to the shadows of the sand displaced by the instrument that made the lines in the sand, caught by the subtle reproductive process and Beuys’ seemingly artless compositions. (Janina Ciezadlo)