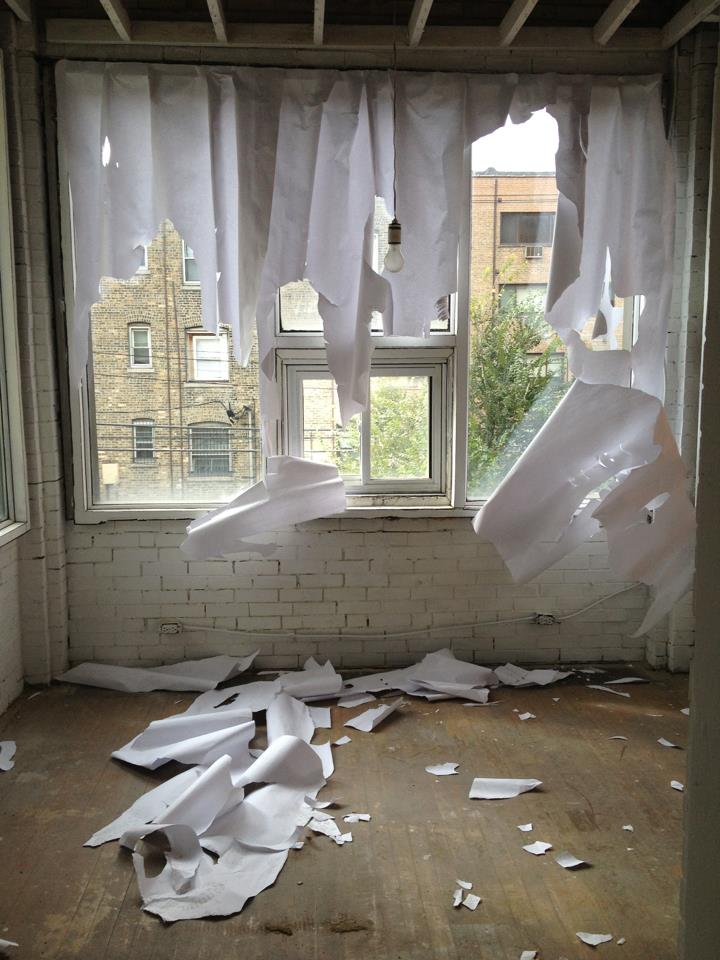 “Home: Public or Private?” at 6018NORTH is an exhibition built on a foundation of familiar dichotomies—public versus private, interior versus exterior, domestic versus social, sterility versus decrepitude, vacancy versus occupation, and bareness versus accumulation. Organized by Tricia Van Eck, the exhibition integrates installation and performance work by twenty-seven artists within an unkempt turn-of-the-century historic Edgewater mansion. Each artist has claimed territory on the property to occupy and respond, broadly, to their own dispositions regarding the home as a space at once private and public. While the prompt yielded divergent projects addressing domesticity, democracy, voyeurism and the history of the site itself, the momentum of this exhibition is found in Van Eck’s unostentatious framing of installations and performances within the remaining architectural idiosyncrasies of the mansion’s interior spaces, and in fleshing out the disrepaired skeletal structure of the mansion. 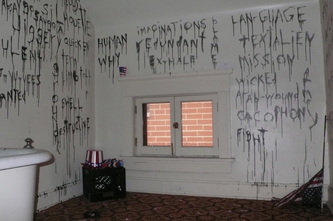 The home was neglected for decades and Van Eck allows structural disintegration and accumulation of debris to stand in sharp contrast to the tidy white cube contemporary artists have found themselves most often positioned within. The exhibition also functions commemoratively as a final engagement to the unrefined interior of the mansion, as Van Eck proceeds in rehabbing the home into a sustainable nonprofit art space. As Van Eck amalgamates installations and performances—often durational, fleeting, or hidden— within this dilapidated domestic structure, she expands upon the evanescent phase 6018NORTH currently occupies as an architectural project. Further, the employment of the house, even in disrepair, speaks to the historical vibrancy of the domestic exhibition-space genre and the pivotal role this platform plays within Chicago’s cultural ecosystem. (Pat Elifritz)