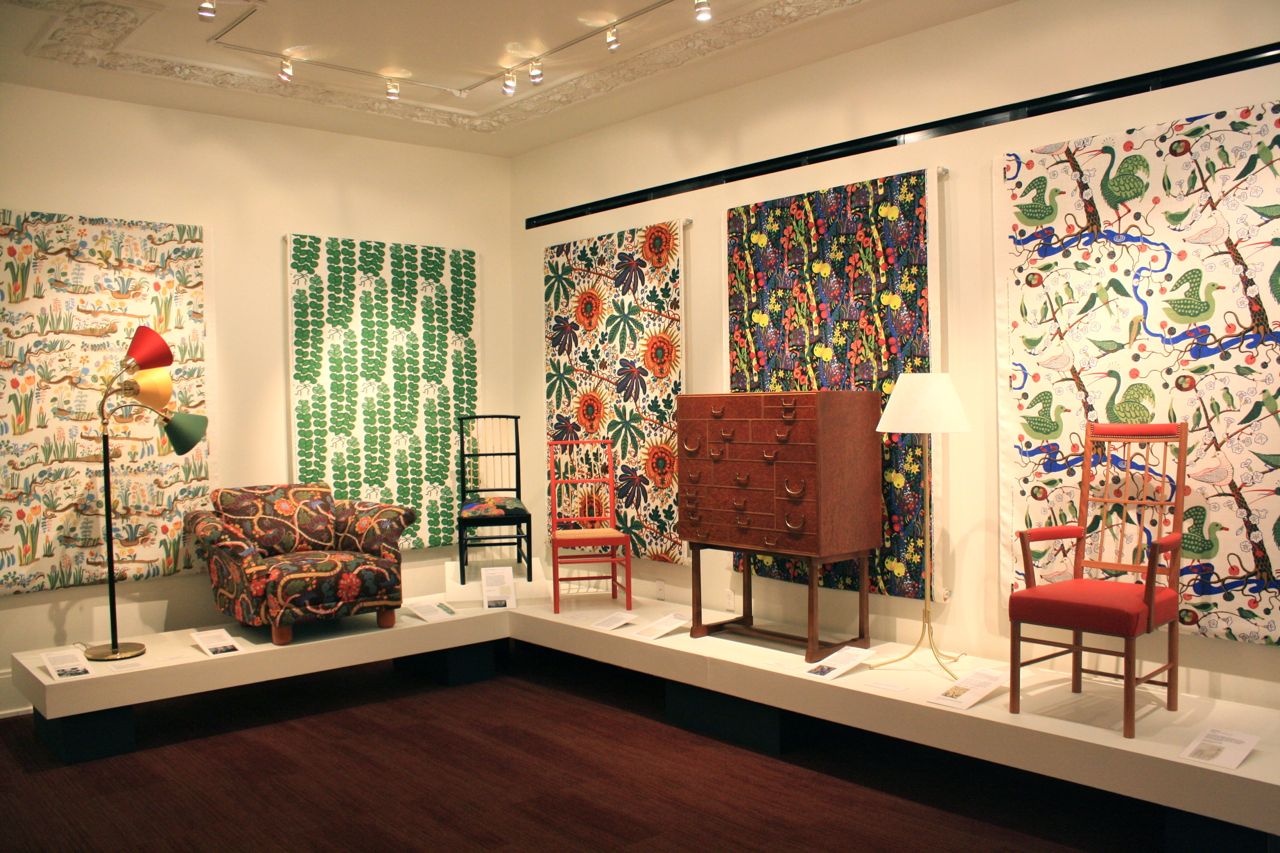 “Frank has designed a brothel” was one response to Josef Frank’s contribution to the Die Wohnung housing fair in Stuttgart in 1927. Like many progressive architects and designers, Josef Frank (1885-1967) was strongly opposed to the heavy opulence that we associate with the Victorian age. But unlike the Bauhaus designers, he did not eschew fantastic ornament, and indeed, the generous, diverse, out-sized sensuality of his fabrics would have served quite well in that capacity. This exhibition samples some of the 170 patterns that he designed until 1950, and you can see why so many of them remain in print. They’re wild and crazy, with a feeling of whimsical excitement and discovery meandering off into infinity. As Frank once declared, “one should design their surroundings as if they originated by chance,” and indeed, some of these designs do seem to have originated with a chance encounter the artist had with a book of American birds or a Chinese landscape seen while visiting the Metropolitan Museum. Frank only spent a few years in Manhattan, but it made quite an impression on his imagination. 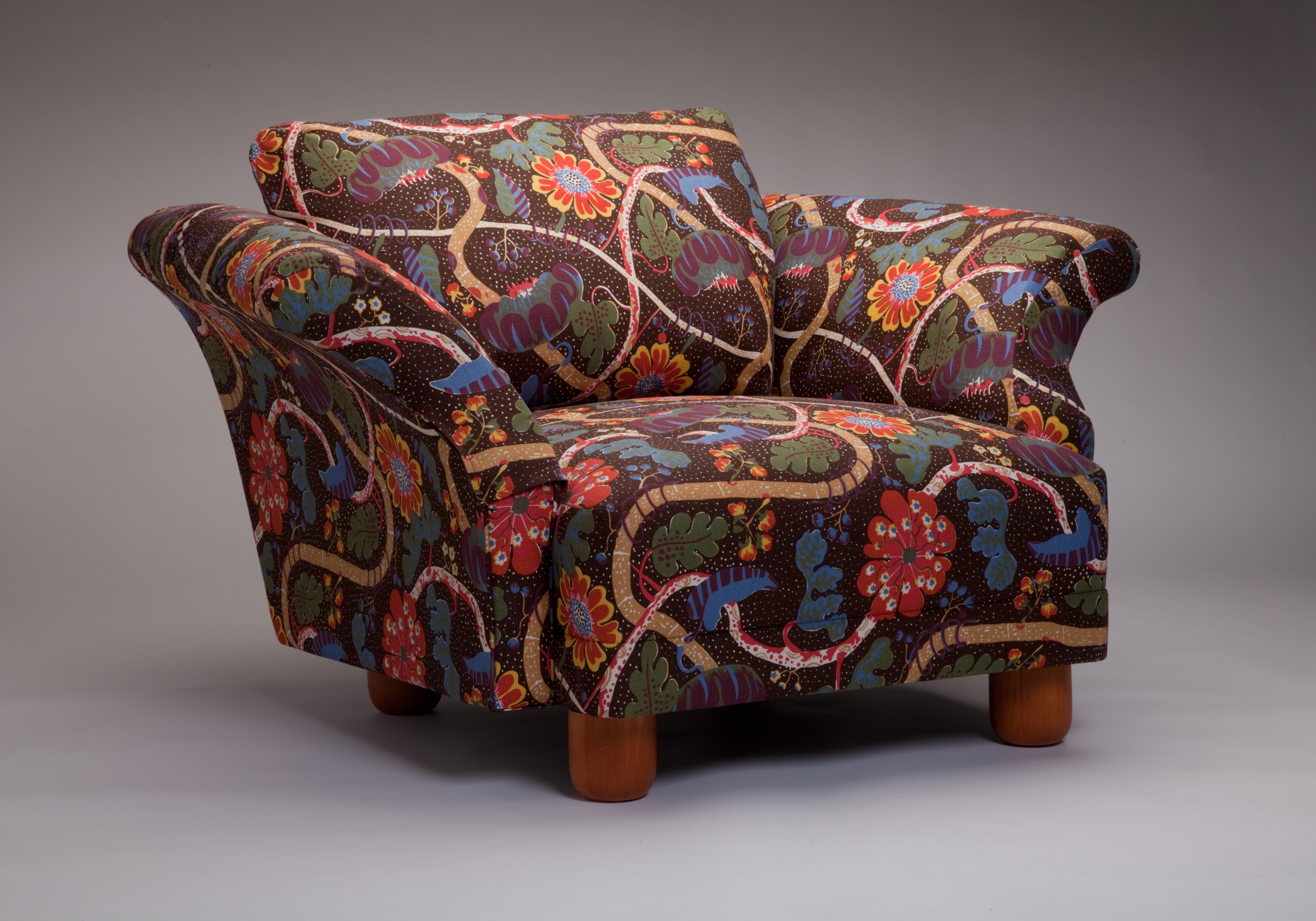 As upholstery for a sofa, his bold, vegetative designs can be spectacular. It would be impossible to sit on one without smiling or even laughing. But several of the wall hangings in this show were a disappointment, lacking the exact textures and colors that might have given the original editions more punch. We have to remember this is an exhibit of reproductions made forty years after his death. And then there’s the furniture: chairs, lamps, chests and candelabra that he designed for the Swedish company that manufactured them. It’s light, airy, and recedes more easily into the background than his bold fabrics. He wanted it all to “inspire a feeling of freedom even indoors in enclosed spaces.” And it does, being less about impressing your guests, and more about feeling happy. (Chris Miller)

Through November 25 at the Swedish American Museum, 5211 North Clark