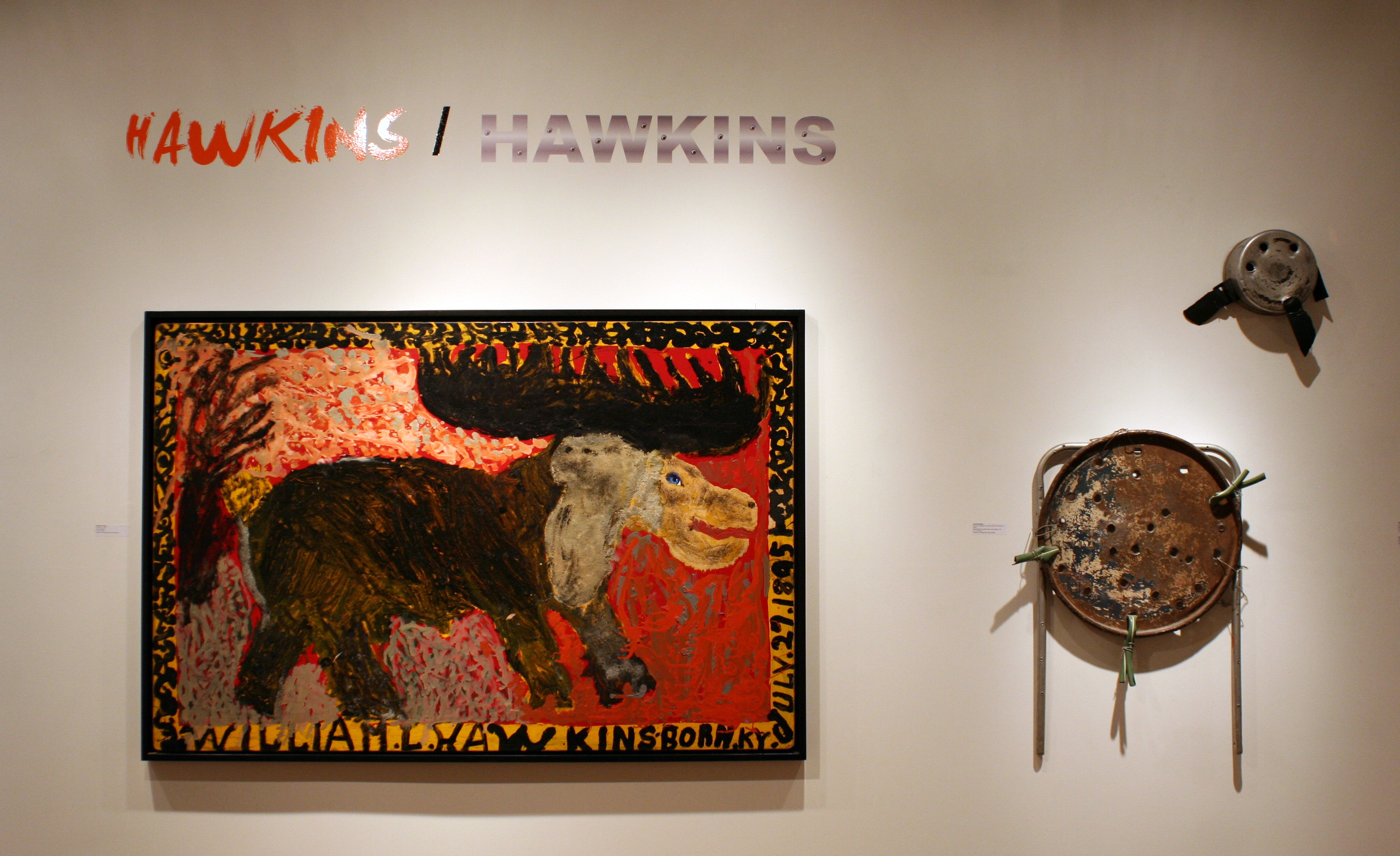 “Ain’t nothing but the frame.” Hamza Walker’s quotable summation of the difference between so-called “black vernacular art” and “fine art” teasingly skirted a value assessment of what goes in the frame itself. This was the overwhelming consensus among panelists gathered last Thursday to discuss how some artworks are defined as black, vernacular, or both, and possibly neither.

The panel’s contemporary read of the term “vernacular” added a new way to think about the overwrought “outsider artist” divide. Although there was uniform understanding of the importance of the term by the panelists at Intuit: The Center for Intuitive and Outsider Art—including Walker, Fo Wilson, Krista Franklin, and moderator Lee Ann Norman—the word was not fully defined. Instead, characterizations of “Black Vernacular Art” included assemblage techniques, “gut-bucket funky from around the way” materials (Walker again), and influences from hip-hop, regional African-American dialects, hair weaves, bottle trees, yard shows, face jugs, Robert Rauschenberg’s “Combines,” and a grandmother’s quilt.

The panelists agreed that black artists have specific cultural traditions from which to draw inspiration, and that people will continue to be creative regardless of the institutions that validate their creations or classify them as artists. Although several audience members attempted to derail the discussion into the narrow, swirling vortex of “outsider vs. insider artists,” as determined by inside tastemakers, this panel was not an occasion to belabor the history of academic and institutional interests in self-taught art forms. Instead, the panelists encouraged a perspective that culture is common, whether inside or outside the museum. (Laura Bickford)