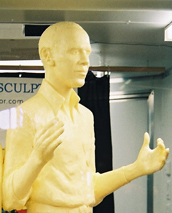 In the Midwestern land of milk and honey stands a 600-pound cow made of butter. “Delicious” isn’t the best word to describe the manufactured butter beast, but it is a spectacle that keeps visitors returning to the annual Iowa State Fair year after year. A sculptor is chosen each year to meticulously carve hundreds of pounds of dairy fat into the shape of a cow. This has been recurring since 1911, for more than 100 years, making it one of those bizarre, tried ‘n’ true American traditions.

President Barack Obama will soon join the ranks of mammals crafted into buttery monuments—not for the Iowa State Fair but for the city of Chicago. On October 26, as part of the Industry of the Ordinary’s mid-career survey “Sic Transit Gloria Mundi: Industry of the Ordinary” at the Chicago Cultural Center, artists Mathew Wilson and Adam Brooks will wheel a life-sized butter sculpture of the president from Grant Park Packing at 842 West Lake Street to the Chicago Cultural Center. They call this piece “The Harvest” because, as Wilson explains in his quiet English accent, they are quite literally harvesting the responses or opinions of passersby who observe the parade. It is both spectacle and American tradition wrapped into one stick. Typical of IOTO’s populist, conceptual art approach—which actively engages audiences whether or not they have fancy art school degrees—the butter Obama will take its refrigerated place at the Cultural Center less than two weeks before the 2012 presidential election on November 6, 2012. 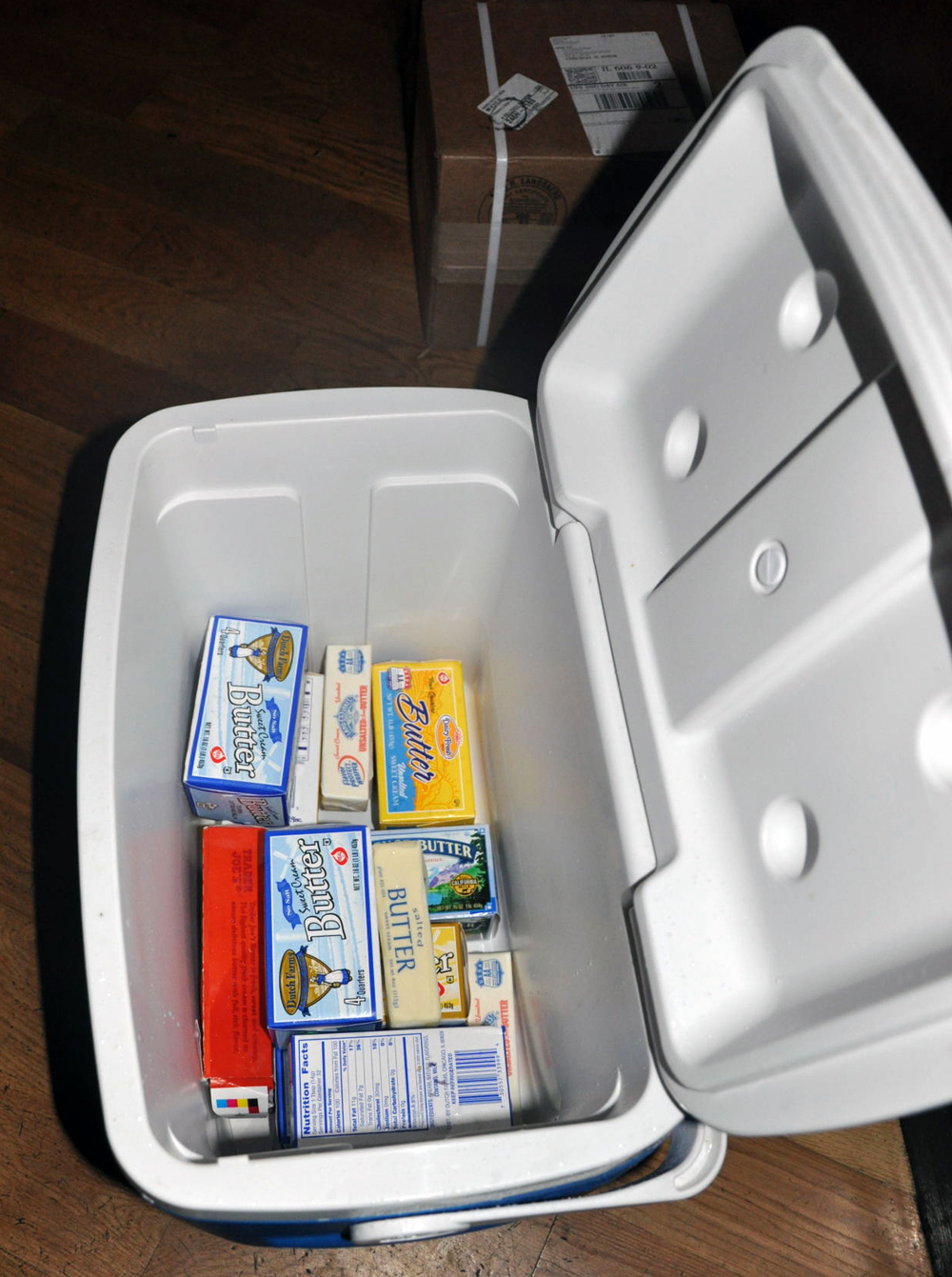 This is not the first butter sculpture construction of Obama, however, but it is the first time anyone has attempted to wheel one through the streets of his city. In creating the Obama butter sculpture, the artists considered the genre of processionals, or as Wilson calls it a “publicly cited performative gesture.” The spectacle is a commentary on Obama’s presidency up until now.

“We had been wanting to do this piece since he was elected,” says Wilson. “It is about his historical significance and the way his presidency has been seen in America—what it may have changed about America or failed to change. It is more about him than the contest that we are about to witness.”

Wilson, who hails from Reading, England, and Brooks, who was born in New York City and touts an American passport but spent his childhood and teenage years in London, searched far and wide to find a skilled butter sculptor whom they could hire to produce a rendition of the first black president. After researching the farming states of Illinois, Pennsylvania and Minnesota with no luck, the artists turned to the fertile grounds of Ohio, the same state that swung the 2004 presidential election in favor of George Bush. After four-to-five months, they located expert butter sculptor Bob Kling, who had previously created a butter bust of President Obama. Convincing Kling to create the sculpture was harder than Wilson and Brooks anticipated. Kling was concerned that his butter sculpture would be taken as anti-Obama. Wilson and Brooks assured him that it was neither pro-Obama nor anti-Obama, which put the sculptor at ease but still didn’t settle all of his qualms. Some of his questions: Was it in fact technically feasible to put an Obama sculpture on a cooler with wheels? How would the jagged, bumpy sidewalks of Chicago treat its delicate fat? Like most artists, Kling wanted to make sure that his work wouldn’t fall apart before it arrived at its final destination. In response, Wilson explained: “We said that’s really our problem. We will make it and try this. It may be a rather failed attempt, but if it is then that’s what it is.”

Similarly, “The Harvest” (2012) implicates viewers in the work, asking them to look at their own reactions to both the upcoming presidential election and decidedly American tradition of butter sculpting. As Wilson and Brooks wheel the refrigerated Obama butter sculpture to the Cultural Center, they’ll have to stop along the way to plug it in and power up the freezer chills.  Otherwise, the sculpture may melt, or at least start glazing over much like butter that’s left on the table overnight.

“The fact that this sculpture is on a trolley, that we are walking down the streets of Chicago plugging it in when we get to a tavern or café, all of that draws people’s attention to one level of an unusual spectacle,” explains Wilson.

Regardless of who wins the upcoming presidential election—Obama or Romney—the American people can always return to the one tried and true, 100-year-plus tradition: the butter cow at the Iowa State Fair.

The Harvest will begin at noon on Friday, October 26 at 842 West Lake Street and will continue until it is delivered to the Chicago Cultural Center in the late afternoon, to become part of the “Industry of the Ordinary: Sic Transit Gloria Mundi” exhibition.

[…] then there were the curios, like the mysterious remains of Industry of the Ordinary’s ”The Harvest,” which is a life-sized butter sculpture of President Barack Obama inside of a […]