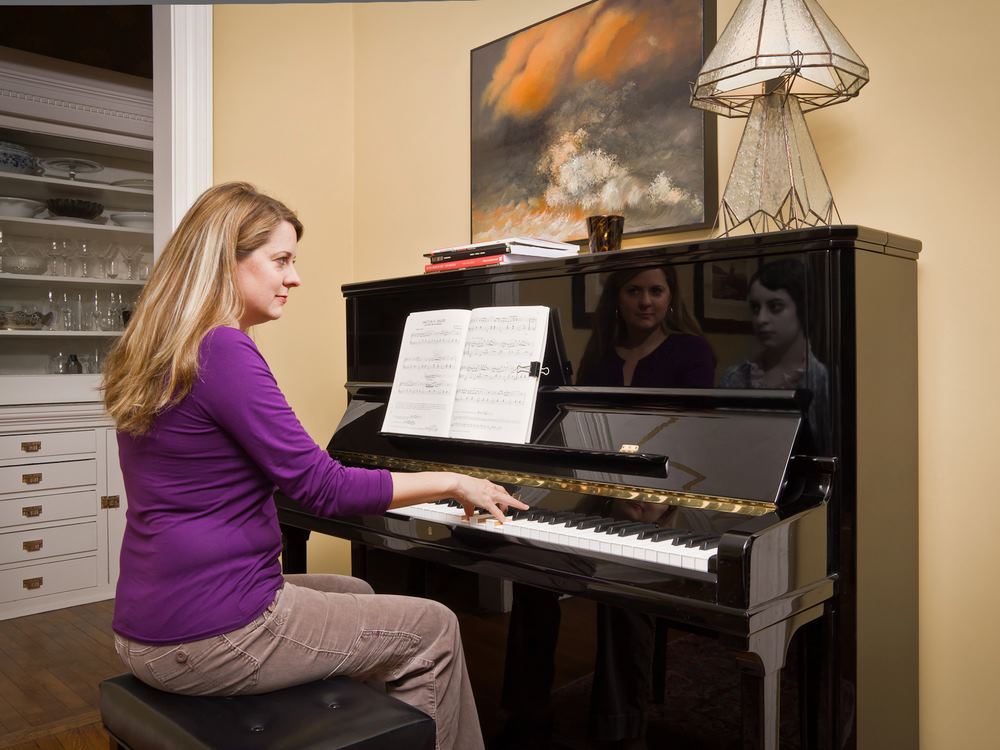 Christopher Schneberger, “Sarah at the Piano”

RECOMMENDED
Always searching for urban legends and the ghosts that haunt them right now, Christopher Schneberger undertook his boldest adventure yet when he was supplicated to enter the Graham family’s house, where they were sure they were haunted by a young dark-haired, round-faced woman from long ago, who observed all their activities through reflections in mirrors and other iridescent surfaces. Skeptical at first, as he tells it, Schneberger eventually got with the program and devised a series of scenario photos in which the family went about their daily rounds under unrelenting observation by the ghost, who appears in black-and-white in the otherwise color images. The reflected apparition is never completely discernible, though she is well defined enough that we always know it is her. Is she benign or is she judgmental? That is the question that Schneberger won’t answer. She’s there as the family sits around the kitchen table, absorbed in each other. They’ve gotten used to being haunted; it’s part of life. It happens to all of us. (Michael Weinstein)