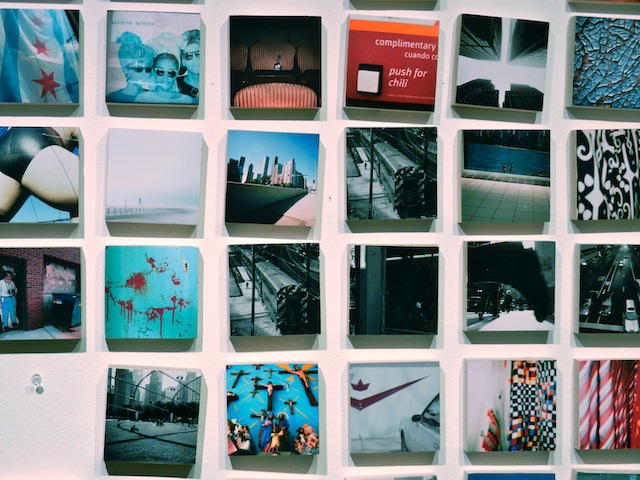 Ask Leo Rosen how the Free Art Machine works, and he’ll tell you the universe makes it happen.

He and creative partner Max Goldman chop strips of wood into three-and-one-half-inch square blocks (each under an inch thick), crop photographs submitted by friends and strangers online, and glue them together. Each piece costs only a dollar to make, and to date, the two estimate they’ve created more than 2,000 in their Humboldt Park studio and gallery, Chicago the Beautiful. They give them away for free at exhibitions and coffee shops, often with a donation box to keep the project running, and they’re looking to expand into free art vending machines across the city.

“Any money I’ve ever put into any free art has come back that night,” Rosen says. “If I make 500 blocks, the money for 500 blocks is in the donation box. Every time, without fail, when I’ve done it with twenty-five blocks or 200, the universe totally works.”

More free art is on the way. Goldman and Rosen launched a Kickstarter campaign at the end of September to feed the machine and produce more blocks. They originally asked for $8,000 to assemble 8,000 new pieces, but they raised nearly triple that amount, and received photography submissions from countries including Russia, Spain, India, Brazil and England. What started as a pay-what-you-want art experiment celebrating Chicago urban photography has become a full-fledged initiative to make the art more accessible. 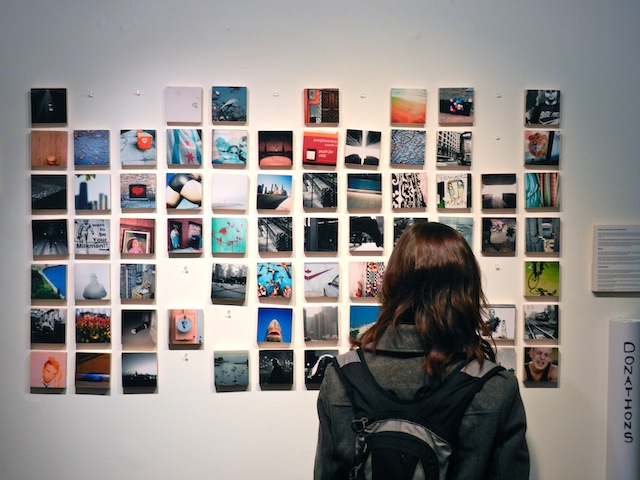 “We’re trying to break that preconception in people’s mind that art has to be a certain way,” Goldman, thirty-two, says. “People are really afraid of the art scene and the gallery scene.” Rosen, twenty-four, says price is often what keeps people from becoming a collector or getting into art. “It opens up their mind,” he says of their model. “It totally changes the way you view art. It’s suddenly accessible because it’s not a $10,000 piece of art.”

It’s not every day you get to walk into a gallery and take a piece off the wall without paying a dime. And because the pieces are somewhat anonymous—only the photographers’ initials are on the back of the block—visitors can take home work from amateurs and veterans alike without ever fully knowing the difference. But both Goldman and Rosen say the process of taking a step back and picking a favorite block to keep is what really gets viewers, especially gallery newcomers, to engage with the art.

“Do you remember as a kid, before digital photography went nuts, you would get four-by-six prints from disposable film?” says Daniel Butler, a Chicago photographer whose work appears on the Free Art Machine blocks. “It’s like that. When you’re holding these glossy film prints in your hands, almost like home movies, it strikes you. Like gravity, it just reached out and grabbed me.” The universe willed it so. (Nolan Feeney)

The Free Art Machine Completion Party is on Saturday, November 3 at Chicago the Beautiful Gallery, 914 North California, from 6pm-11pm.