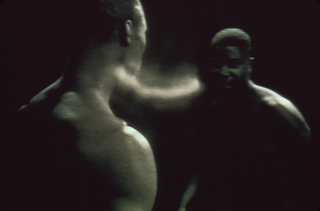 As a child growing up in London, Steve McQueen—not the deceased film star, but the contemporary film artist—says that seeing the 1981 Irish hunger strike on television was one of those “impressionable moments,” the kind that carries with you into adulthood. In 2008, seventeen years after that initial haunting, he released his first feature-length film “Hunger,” a hyperrealistic, oft-times completely gruesome look at the 1981 hunger strike inside the HM Prison Maze. McQueen captures the demise of Bobby Sands, a member of the British Parliament and volunteer of the Provisional Irish Republican Army who starved himself to death between the prison’s cinder walls. McQueen followed up on this breakout movie with his 2011 film “Shame,” about an attractive thirty-something New Yorker named Brandon through the tunnels of his sex addiction. But McQueen did not start out as a feature-length filmmaker; rather, this newfound vision came out of more than twenty years of shorter works in mediums such as 8mm film, 16mm, 35mm slides and color video, all of which are represented in this stunning survey of his work to date. 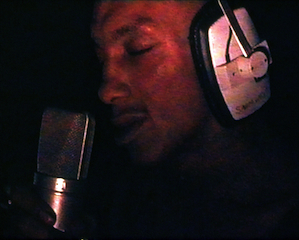 At this point it’s impossible to consider McQueen’s feature-length films without first looking back at his videos. Each is a stylistic snapshot, a portal into the making of these longer, headier feature-length films that engage with the body primarily through an intense investigation of its physical and emotional limits. The Art Institute of Chicago presents McQueen’s largest solo exhibition to date featuring fifteen of the artist’s moving-image works spanning the years 1992-2012. Laid over the space of multiple galleries, some of which have been transformed into soundproof boxes complete with soft, mattress-like cushions covering each wall, the exhibition feels like wandering through a maze of McQueen’s moving-image-filled mind.

The artist’s most emotionally resonant piece is “Girls, Tricky” (2001), an intimate, fifteen-minute video portrait of the British trip-hop musician Tricky in his sound studio. McQueen cut four days of filming down to moments of emotional saturation; in one bit, the artist bursts into a state of ecstatic verbal flow. In another, Tricky is sipping in smoke and liquid, prepping for the next round of verbal assault. In “Deadpan” (1997), a young black man stands completely stationary as the façade of a house falls around him; he is saved only by the vacant space once occupied by a window. Race plays a role in an earlier work, “Bear” (1993), a delicate peek into male heterosexual masculinity; two black men, one of whom is McQueen, lunge at each other, wrestle, embrace and then slowly slink away and do it again. Much like his intimate portraits of Bobby Sands in “Hunger” and Brandon in “Shame,” McQueen’s strongest messages pit intimate relations against the outer limits of the body and its emotions. (Alicia Eler)

Through January 6 at the Art Institute of Chicago, 111 South Michigan