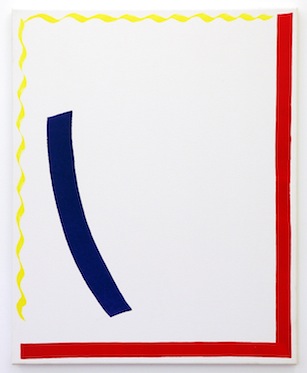 Papyrus fragments scribbled with writing from over two millennia ago were found in ancient landfill dumps, and stuffed like yesterday’s newspaper into the jaws of mummified crocodiles. These fragments were attributed to a Greek poet named Sappho. Because of the material nature of papyrus, over time her poems split into long vertical strips, dividing sentences into halves and thirds. We don’t know the entirety of most of her poems, but we can see how particular parts of a sentence fit within what remains of the sentences above or below. The rest is speculation, intuition, or invention. Scholars and poets have worked to piece together the fragments into complete poems. In many ways, when we read Sappho now, the translator is given as much credit as the poet herself. In the introduction to one book of Sappho’s poems, a scholar writes of the translator, “It is exact translation; but in its composition, the spacing, the arrangement of stresses, it is also high art.”

And this is the brilliance of the fragment. A fragment can grab at much more than the mass of itself. It is distilled, and moonshine-strong. Paul Cowan’s “Sign Paintings” are mostly primed white canvases where each sparse swath of color or shrugged brushstroke is a fragment, plucked from the whole and tenuously dangled into place. As viewers, we are left with perilous guesswork. Our eyes and brains work at full throttle to fill in the gaps and sync the whole thing together.

There is a particular style present in contemporary painting which one sees a lot of in Chicago. It’s a style that a friend and I have termed: “Squiggle-fits.” 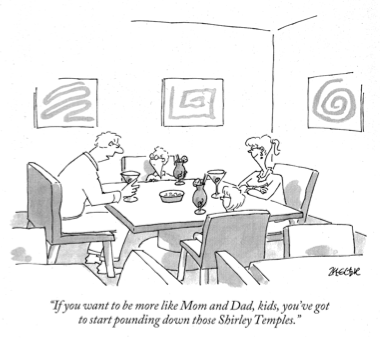 You’ll recognize it when you see it: quick, meaningless fits of colorful hieroglyphics pushed around on canvas in layers of varying density. Many of them are stunning, but almost all of them are reminiscent of the decoy artworks in New Yorker cartoons, where someone is at home or in the office and there are drawings of paintings on the walls behind them. These drawn paintings are squiggles and dots that imply an artwork is on the wall. They are stand-ins for actual paintings, or “paintings” of “paintings.”

Essentially, Cowan is also presenting paintings of paintings, except that he takes it one step further. The squiggle-fits in Cowan’s paintings are not painted by Cowan himself; instead, he commissioned a sign painter to make them. So, the marks become direct quotes from the sign painter who is re-enacting the same gestural patterns he would paint on an advertisement for a grocery store, the type that announces a week-long special on beef. These simple markings are like footnotes, each one referencing a larger document outside of itself. Cowan has selected specific quotes, but instead of doing air parenthesis, he hands off the mike to the original speaker. Similar to an architect, Cowan draws out the plans, makes specifications about the materials, stands by as the beast gets built and then steps into the light to take a bow. He is honest about the fact of this labor and it is without question part of the content of the work. 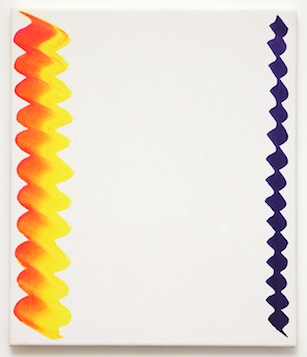 Cowan is an excellent organizer and director of visual information. Being a good editor is as much of an artistic feat as being the initial writer of any text. It makes sense the colors in many of Cowan’s “Sign Paintings” match the neon colors of highlighter pens. I immediately think of what it’s like to read a text that was marked, smeared and dog-eared by a previous reader. You can spend as much time reading the text as you do trying to guess at why certain passages or words were relevant to them. Did they relate to or disagree with something in the passage or maybe they didn’t know the meaning of the words and want to look it up later? If you are a generous reader you will devote special consideration to those highlighted passages, noting which ones were chosen and sometimes, more importantly, which ones were not.

If you are generous you will observe Cowan’s selections and you will rule out cynicism as impetus and you will sidestep your jealousy and you will consider that in fact there are deep caverns of theories and miles of treacherous reading and multiple snaking labyrinths of self reflection.

A fragment from Sappho:

There is decidedly nothing more mesmerizing than someone who is obsessively passionate about one particular thing. So, I start to think about what that might be for Cowan and I picture the way his mind might work as he moves through a city block; his eyes clipping at the world like pruners, gathering pieces to take back to the studio and propagate, hybridize or graft, so that with each new painting he might ask:

“What exactly is painting?” “Does this one count?” “Couldn’t this work?” “Will you let this one pass?”

Thinking back to Sappho, maybe she wrote in fragments to begin with. What if we have made her into the poet we know today and actually she had some form of attention-deficit disorder, or too many lovers, or the kind of dwindling self-confidence that never lets you finish anything for fear of immaculate failure?

We will never know. There is absolutely no way to ever know.

As a thinker, Cowan’s humble and playful paintings make for a first-rate feast, but as a maker I wonder if stretching and stapling cloth over wooden bars would satisfy and quench. I imagine that I would miss the act of making, and the giddiness of risk, and the feeling of that open-hand slap to the chest that comes when you surprise yourself with something you don’t understand yet. (Alex Chitty)

Through March 5 at the Museum of Contemporary Art, 220 East Chicago