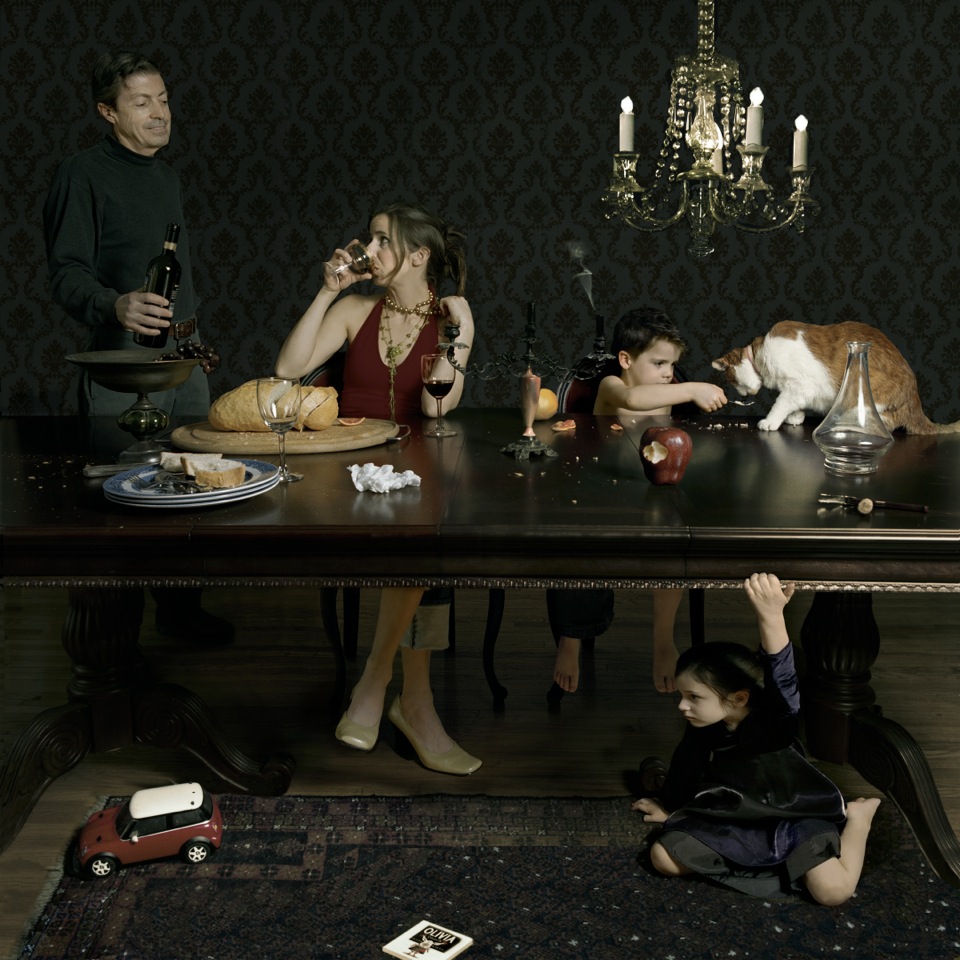 Celebrating her twenty-fifth anniversary as the guiding force of the longest-running Chicago photo gallery, Catherine Edelman has put together 125 images by seventy-seven artists that she has shown over the years in “What I Was Thinking.” Since the gallery has exhibited a variety of genres and styles—and pretty much all of them are included here—the images are neither unified aesthetically nor by theme or approach. The photos are not identified by artist or title on the walls, leading to a sense of being lost. That doesn’t mean that many of the individual images aren’t eminently eye-worthy; they just aren’t linked and must be looked for according to the viewer’s taste and standards. One might start with this reviewer’s fave, Julie Blackmon’s color scenario shot of the end of a family dinner in the style of seventeenth-century Flemish masters. Only the young husband and wife, their two little boys, and their calico cat are decidedly contemporary suburban, and their Dutch period dining room is a postmodern mess with the table littered with crumbs, half-eaten food and crumpled paper napkins; and the floor with toys. One of the tykes sits under the table and the other feeds the cat, which has jumped atop the table,with scraps; mom guzzles from a glass of wine, and the paterfamilias stands to the side like a drunken waiter, holding a wine bottle and beaming with benevolent satisfaction. The bourgeoisie sure isn’t what it once was. (Michael Weinstein)