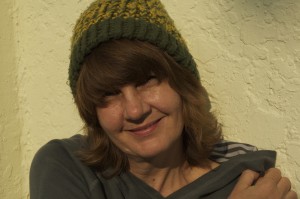 It was recently announced that Michelle Grabner will co-curate the 2014 Whitney Biennial (alongside former Chicagoan Anthony Elms and Stuart Comer). Grabner is an artist and professor and chair of the Department of Painting and Drawing at the School of the Art Institute of Chicago. Newcity polled some of Chicago’s top art commentators for a response to this exciting announcement.

“This is terrific news, and the beginning of a wonderful and frightening journey for Michelle, wonderful in that she has the opportunity to play out her ideas about contemporary art on the largest stage possible, frightening in that she won’t be able to please everybody and will leave a lot of broken hearts in her wake. It’s the single toughest temp job in contemporary art (even split three ways), Michelle will do it diligently and to the best of her abilities and then, like those who preceded her (I think Madison Avenue [the Whitney is located at 945 Madison] is about eight feet deep in the bodies of former Whitney Biennial curators), will get autopsied and criticized and misrepresented and maligned. She’s tough, though, and enjoys the arena, so I wish her a sequence of unlisted email accounts and disposable secure cell phones, and to learn the best way to look at a lifetime friend and explain to him or her why she won’t be putting them in the Biennial.” —James Yood, art critic and the Director of the New Arts Journalism program at the School of the Art Institute of Chicago

“I think it’s terrific that the Whitney’s leaders had the vision to include an artist on the curatorial team for the Biennial. But Michelle is more than simply a maker. She has a long and proven track record of engaging with other artists in a curatorial mode. This seems to me as much a part of her practice as her own painting. I applaud the choice, and I’m optimistic that many other Chicago-based artists will be in Michelle’s sights as she makes her selections.” —James Rondeau, Dittmer Chair and Curator in the Department of Contemporary Art at the Art Institute of Chicago

“Knowing and respecting the work of all three curators, I was absolutely delighted.  For the record, Grabner is a Packers fan. And on more than one occasion, Elms, a native of suburban Detroit, has claimed Alice Cooper as his birthright.” —Hamza Walker, Director of Education and Associate Curator of the Renaissance Society at the University of Chicago

“The question is, why these people—how were they chosen? Michelle Grabner is at least understandable, a sturdy if somewhat limited painter, and more notably an art world operator both here and abroad extraordinaire, she has inadvertently demonstrated via her multifaceted ‘art career’ the de Kooning dictum ‘isn’t it amazing how much you can do with so little.’ The problem I have with Michelle—whom I personally like—is, that aside from the fact she has a history here of championing really bad painting with a focus on aping what is internationally ‘hot,’ is what a partisan power broker she has always been, bringing to Chicago via Suburban/Poor Farm a steady stream of trending international fare while presenting from here a rather narrow, myopic, self-serving polemic as to what has currency, recently from the very painting department she heads. Unfortunately, the middlebrow academic abstraction in various guises she supports, from colorfield bland to dorm art quality histrionics has been played as if it were the only game in town (think Grabner, Ledgerwood, Gerber, Reeder). While coincidentally, (or not!) over the course of almost two decades of this dynamic, of a small circle of people, institutionally supported, holding sway here, interest in Chicago art—painting in particular—has not surprisingly plummeted at the international level. Still, I am going to hope for the moment she transcends her milieu, and surprises me. Showing first of all more painting, and while rising to the occasion, confounds her friends while delighting her foes in a demonstration of shocking integrity showing not the usual suspects who she has championed in the past, but rather what is actually skilled, particular, original and fierce from here.  —Wesley Kimler, artist

“Having been here in Chicago for a year and a half, I’ve appreciated that Michelle champions Chicago artists, and that she insists on dialogue between Chicago and many elsewheres. She’s a dynamo and I’m happy to see Chicago given a voice in her person!” —Jessica Stockholder, Professor and Chair of the Department of Visual Arts at the University of Chicago

“This is wonderful news for Michelle, Chicago, and the artworld. As an artist, professor, curator and critic, Michelle is deeply committed to artistic experimentation, intellectual rigor, and ambitious risk-taking both philosophically and practically. Anthony Elms, who previously lived in Chicago, has similar chops and qualities so this should be a fascinating Biennale with a healthy dose of Chicago artists included. Good things come in three for Chicago: President Obama in the White House, Michelle Grabner at the Whitney, what’s next?” —Tricia Van Eck, curator of 6018North

“I can’t think of anyone more qualified to meet the monumental challenge of curating an entire floor of the 2014 Whitney Biennial. Even in this age of hybridity, Grabner has done her fair share to put to rest any remaining notion of what might constitute an artist’s practice. As a critic, artist, educator, curator and co-creator of two of the most imaginative non-profit spaces in the U.S., she possesses a classic Midwestern work ethic, a philosopher’s acuity and an insatiable curiosity for art of all ilk. I suspect this might be the best Biennial in years.” —Barry Blinderman, Director of the University Galleries at Illinois State University

“I look forward to seeing how Michelle’s endless energy as a catalyst for artistic activity in Chicago and beyond will be represented in her vision for the Whitney Biennial. Her deeply held convictions about contemporary art have been expressed through multiple simultaneous roles as teacher, mentor, critic, curator, artist and founder of the Suburban and the Poor Farm, and now she is being given her most visible forum to articulate these values. Her appointment certainly reflects the importance of Chicago’s artists and institutions in the current landscape of contemporary art and I hope many of the former will be given a platform in the exhibition through Michelle’s unique, and hopefully provocative, curatorial lens. Good luck, Michelle!!” —Julie Rodrigues Widholm, Pamela Alper Associate Curator at the Museum of Contemporary Art

“I can only note how pleased I am that an artist/critic has been chosen as curator and admire Michelle’s energy and vision as well as Anthony Elms who can be counted on to provide unexpected perspectives.” —Judith Russi Kirshner, Dean of the College of Architecture and the Arts, University of Illinois at Chicago