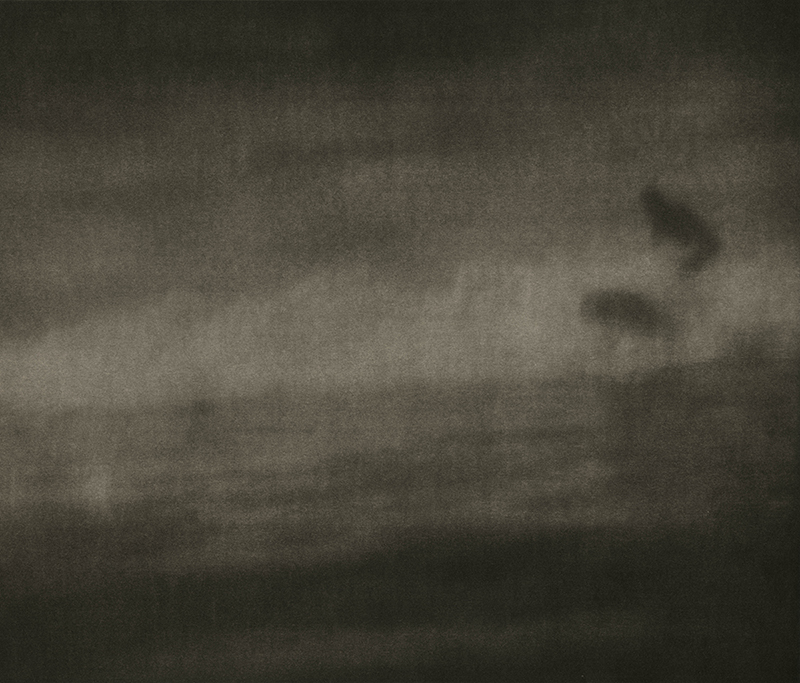 Deploying a plastic Holga camera, Craig Abell-Champion shoots ordinary scenes that are pervaded, indeed smothered by murky, muddy, grainy charcoal-gray miasmic fog that evokes a sense of foreboding and uncertainty about what is confronting the viewer. Subjects are sometimes bathed in a nearly glaring, yet subdued light, which makes Abell-Champion’s images all the more ominous. Whether the artist gives us a day at the beach or a glimpse of a graveyard of battered buses, the sensibility remains the same; here is a case where the aesthetic surface creates an emotional response that trumps whatever is being so vaguely represented. The tip-off that Abell-Champion is a dyed-in-the-wool existentialist is the title of his show: “Who Murdered Me?” The answer that the pictures give is: The killer is the world ’s toxic spiritual atmosphere. Abell-Champion reaches his most intense aesthetic pitch in his large-format print in which the subject is the enveloping pall itself. (Michael Weinstein)