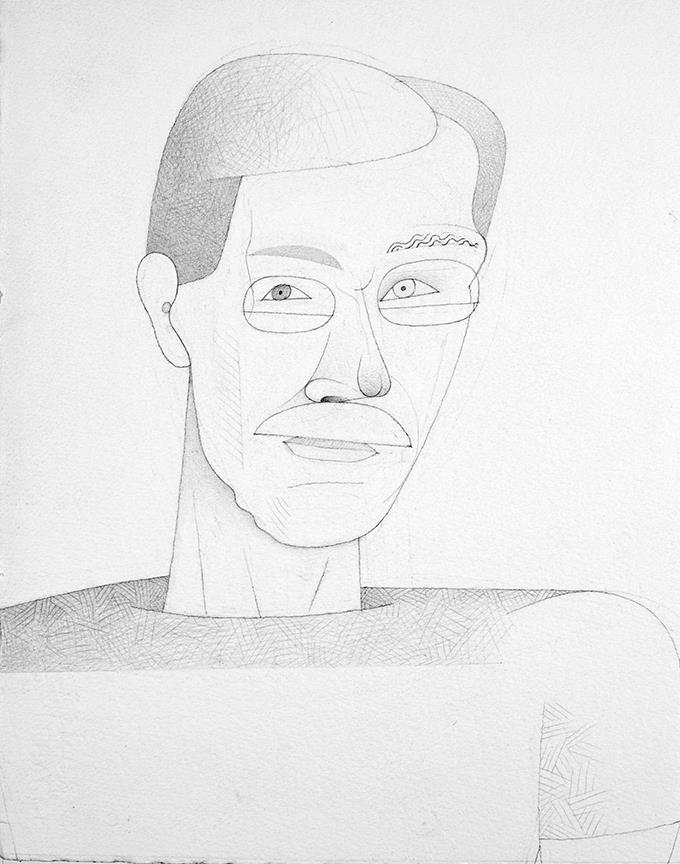 For their twentieth anniversary in 2000, Printworks Gallery invited sixty-six artists to submit a self-portrait. Since their gallery is smaller than most living rooms, they requested new work on ten-by-fourteen-inch sheets of paper, and since they are who they are, many of Chicago’s pre-eminent artists were willing to participate. Printworks is a rather unique institution. They bring to market works on paper done by artists who are mostly known for painting or sculpture. And, they are two quite charming, distinguished gentlemen. Now, twelve years later they are running a second iteration. Sadly, Ray Yoshida, Ed Paschke, and Leon Golub are no longer available. But Kerry James Marshall, Robert Barnes and Jim Nutt have been added—so it’s still quite a collection of distinguished local artists, making for a festival of high-end self-representation. 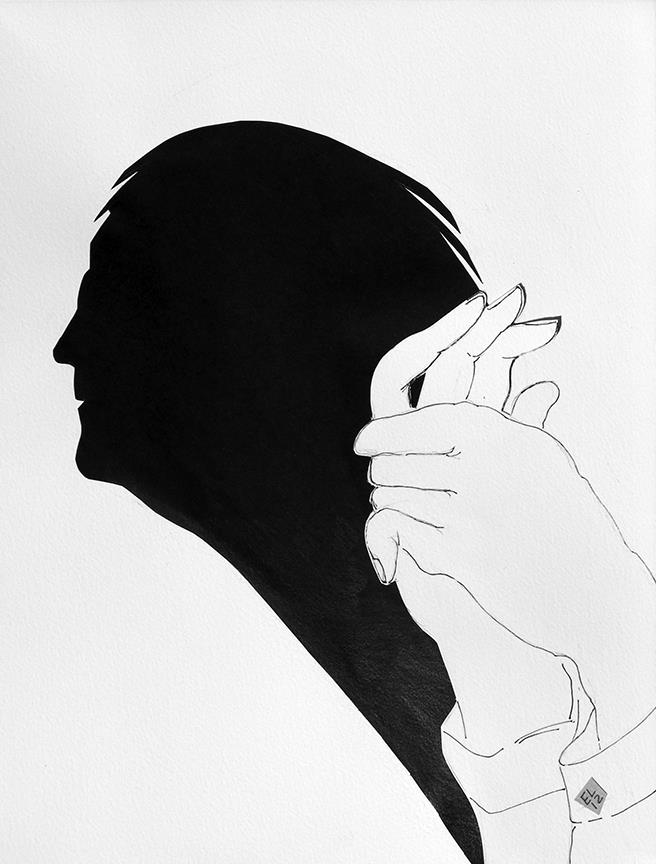 Surprisingly, most involve an outer, objective, recognizable facial image, requiring a traditional kind of ability at which, it turns out, many older Chicago artists excel. Even the image of Jim Nutt is recognizably him. There’s only something slightly odd about the nose. Franz Schulze is the only one, this time around, who has done a Rembrandt kind of painful self-examination, but James Valerio comes close with a painfully meticulous rendition of himself as a biological specimen. For those familiar with the artists involved, it’s often a hoot, as Robert Barnes portrays himself painting in the grasp of death and demons; Ellen Lanyon does a paper-cut profile as a shadow cast by a pair of two strong hands; and a frail Vera Klement peeks out behind the massive tree trunks she’s been painting lately. But there’s also a less famous side to this show, because the gallery directors work with many artists whose careers have been more modest. Most of these pieces do not encourage me to pursue the artists any further, but I do identify with the loneliness and puzzlement of Richard Haas as he stands before the bathroom mirror with his iPad. And what could be more personal than Tim Lowly’s sleeping couple in a darkened bedroom, as seen from an adjacent pillow? Will this gallery still be around to do the show again in twelve years? Will anyone else be able to get the next generation of A-list artists to go to so much trouble, and will they be so facile at making recognizable faces into art? This year’s show is two-thirds the size of the last one, and many of the best artists are in their seventies. It may be a very long time before this kind of show can ever be mounted again. (Chris Miller)