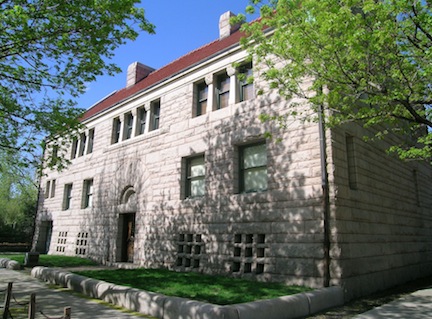 A single building can change a neighborhood, even an entire city. The Glessner House in the South Loop’s Prairie Avenue Historic District provides a vivid illustration. As it celebrates a remarkable 125 years of existence, the building’s life story—its noble birth, fall into obscurity and ultimate redemption—is worth recounting.

After the flames had reduced Chicago to ashes in 1873, the Near South Side became the city’s most fashionable residential neighborhood. European chateau-inspired homes of the Chicago industrial titans, including Marshall Field and George Pullman, lined the most exclusive street, Prairie Avenue, coined “Millionaires Row.” The Glessners, a refined family of manufacturing money, commissioned Henry Hobson Richardson to design a home at 1800 South Prairie, completed in 1887. The Glessner House has a massive rusticated stone block exterior, a red tile roof and an inward orientation toward a private courtyard. The building resembles a fortress, and this brawny design endured through aesthetic disparagement and deterioration of the neighborhood in the coming decades. 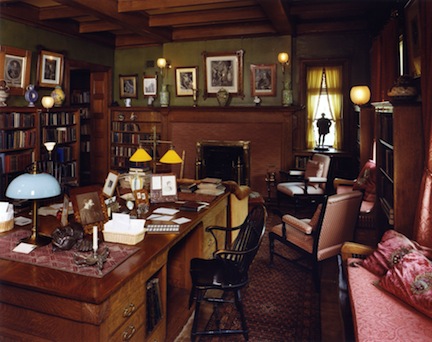 As the century turned and Chicago began to industrialize, the character and land uses of the Near South Side began to change. The proximity to downtown attracted light industry manufacturing, with its noisy railroad tracks. Offended, the wealthy families jumped into newly available automobiles and moved to Hyde Park and the Gold Coast. In 1923, the entire neighborhood was zoned industrial and the Glessner House found a commercial use as a lithograph printing facility. As neighboring homes were demolished, the Glessner House, once in elite company, stood lonely amid parking lots and factories.

Upon being vacated in 1965, the building was threatened with demolition. Chicago’s emergent historic preservation movement, galvanized by the loss of Louis Sullivan’s Garrick Theatre, rallied with a campaign to save the Glessner House. A collection of architects and activists purchased the Glessner House in 1966 and formed what evolved into the Chicago Architecture Foundation. The Glessner House was soon granted landmark status and later anchored the country’s first historic district, the Prairie Avenue District, designated in 1972. As Chicago began to deindustrialize and downtown began to rebound, wealthy citizens returned to the city and the Near South Loop reemerged as an affluent residential neighborhood. 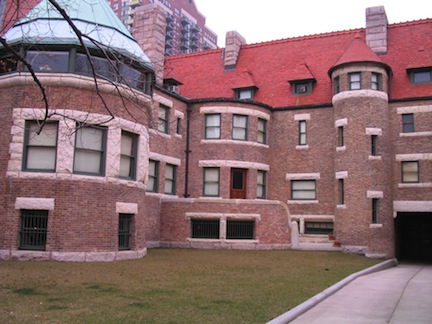 The Glessner House is one of Chicago’s greatest architectural treasures, a living example of history preserved. It began a proliferation of architecture advocacy and preservation groups throughout the city, which continue to be committed to safeguarding elements of the urban landscape and our architectural legacy. The building and the Prairie Avenue District give historic character to an otherwise bare South Loop. Today, Glessner House is a museum that offers educational and interpretive programming. (Paul Kulon)

The Glessner House is located at 1800 South Prairie Avenue