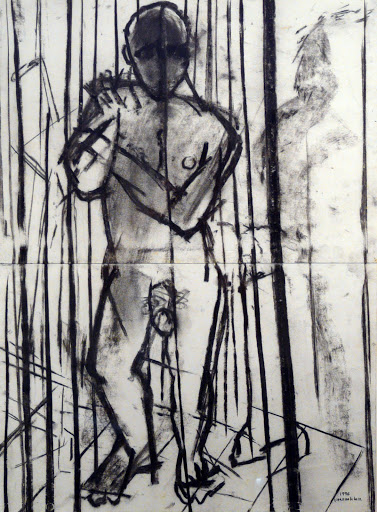 “How does an artist visually translate soul?” asks artist/gallerist/poet Arica Hilton. It’s a difficult question in an era when everyone can be an artist and nobody has a soul unless she believes in one. Most of the work now showing in the three collaborating galleries is what one would expect to find in a juried summer art fair. It’s utterly outside the contemporary text-centered art world, but still it never moves beyond concept to command the visual. It offers the hint of a spiritual life beneath the surface rather than believable evidence of something more profound. Nothing miraculous will ever descend from Arica Hilton’s fragrant skyscapes, and Dan Addington’s awkward angels will never rise upward. The other work in these two artist-run galleries also seem to be more about ideas than visuality. Does modern man often feel lonely, empty, or absurd? Yes, he does, but didn’t we already know that? 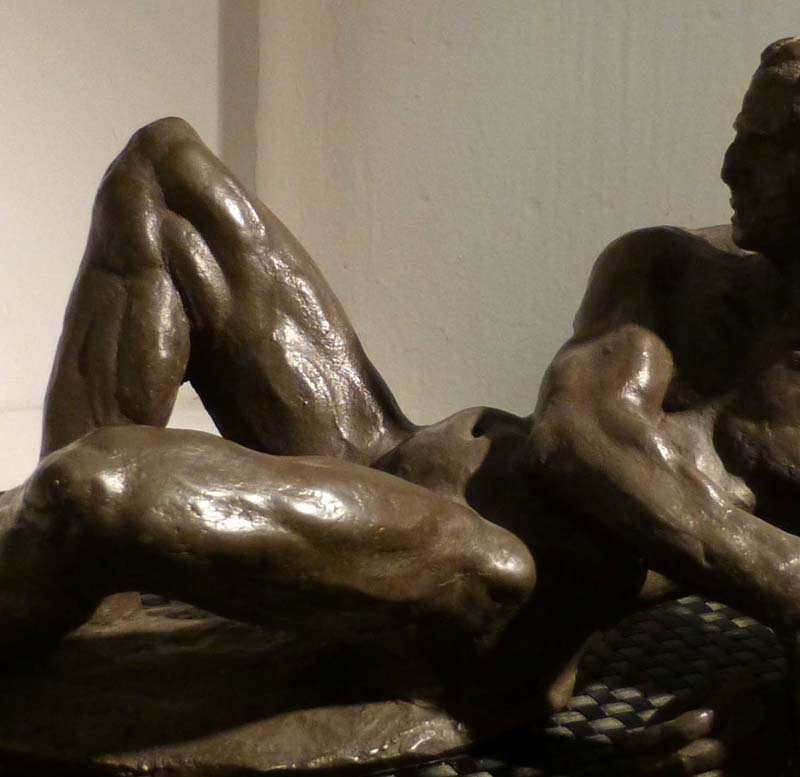 What’s exceptional are many of the nudes being shown in the Jennifer Norback Fine Art. They appear to have been drawn, painted, or sculpted from models in a studio. Though that approach begins with real flesh and bone, they do seem to express important interior dramas. Continuing the Chicago tradition of figuration pioneered by Ivan Albright, Michael Goro’s seated, suffering nude is struggling not to disintegrate into the tensions of his hostile environment. William Utermohlen’s figures tell a different story, as his paintings and drawings from 1974–1996 reveal the British/American artist’s progressive disintegration from Alzheimer’s. At first the mental disease happily liberates his painting from his rather rigid, stifling formality. His space, expression and color become so much more vivid in work from the late 1980s. But by the mid-nineties, he has been locked up in his own, personal prison, just as the men inside of Ettore Greco’s bronze figure sculptures seem trapped in their own voluptuous, masculine flesh. The Italian sculptor has obviously been drawn to the vibrant, naturalistic complexity of Auguste Rodin. Unlike many other followers, however, he also has the virtuosity to successfully compose all those lumps and pits into an heroic presence, even if it does not appear that these characters will ever be heroic outside the bedroom. Perhaps it’s just the coincidental result of the specific artists who have been included, but this exhibit does seem to suggest that the best visual art concerning the body and soul begins with the artist’s study of actual nude human bodies, in a European tradition that began 2,500 years ago. (Chris Miller)