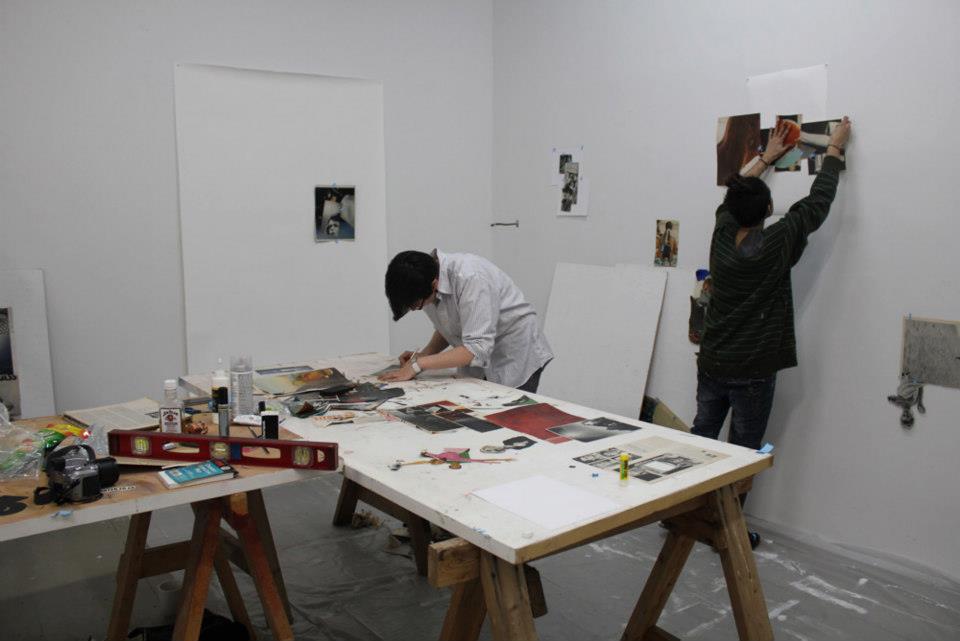 At the stroke of midnight on the twelfth of December, after twenty-five days of uninhibited twenty-four-hour activity, New Capital ended an ambitious exhibitionary undertaking and with it their two-year tenure as the cornerstone of a cluster of alternative contemporary art spaces on Chicago’s far West Side. Titled “24 Hrs/25 Days,” the durational exhibition project was a cacophony of immeasurable production and accelerated activity on display. New Capital founders Chelsea Culp and Ben Foch facilitated dozens of artists and collaborators in the continuous production of short-run exhibitions and performances at the bi-level warehouse gallery. New Capital’s visiting public was provided twenty-four hour access to the development and staging of this program.

On site, proposals were brokered, installations were organized, works were produced, performances were staged, and exhibitions were mounted in real-time for a viewing audience. Production transitioned seamlessly into display, encounter, reception, reflection and disassembly. As each phase ebbed, flowed, and spilled into the next, each exhibition became fluid and unrestrained. An exemplary project—“A bowl of soup, a coffin, a door”—staged Karsten Lund alongside Dana DeGiulio, Julia V. Hendrickson and Sofia Leiby as they produced works of collage from a collection of dated magazines and migrated the finished pieces to the gallery walls. Even as the work tables and materials were cleared from the space and the “finished” exhibition was on display, the remnants of their process remained visible as discarded pages, latex gloves, trimmings and debris existed alongside the yield of collages. 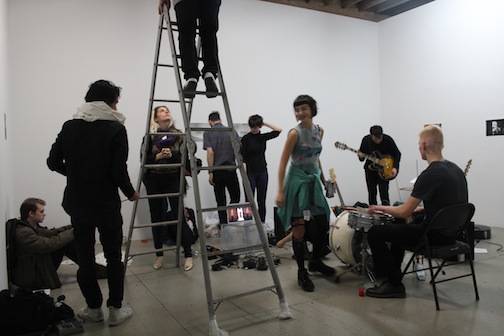 “24 Hrs/25 Days” provided a microcosm of precisely what we seem to desire in the contemporary art world: the sense that a lot is happening. Rampant activity is so crucial to a cultural ecosystem that the impression of booming production and the blur of expedited activity foregrounds any singular work. Beyond the conventional workday, cultural “practitioners” and “agents” hustle themselves twenty-four hours a day to keep up—networking at bars, organizing from bed, producing, exchanging, and interpreting information. The exhibition space is now a studio. This yields unprecedented quantities of cultural activity and an anxiety follows: “But there is so much going on—how can you see it all?” While “24 Hrs/25 Days” was ripe with content and executed with grace, the sum project ultimately questions the health of accelerated, around-the-clock cultural activity. (Pat Elifritz)