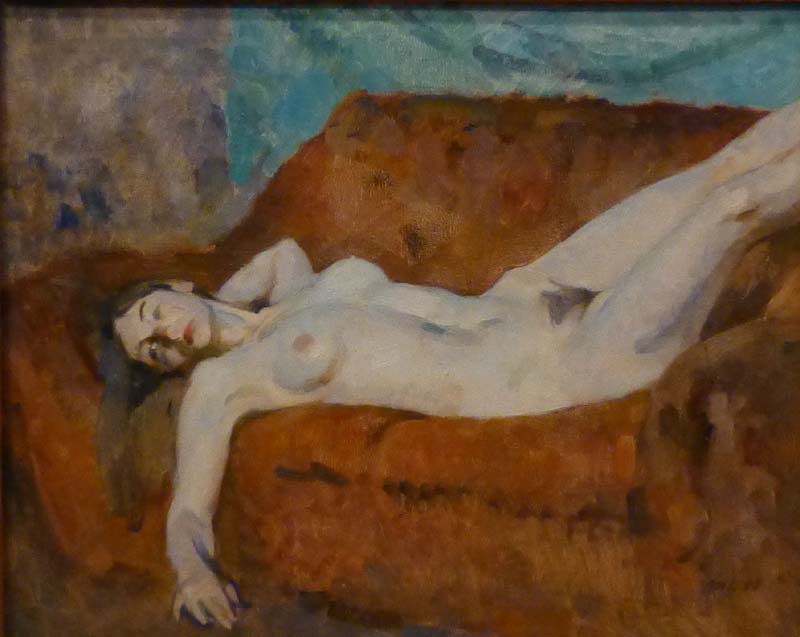 This melancholy retrospective’s layout resembles more a garage sale than a gallery exhibition. Paintings and drawings are hung and leaned on the walls in no particular order, and there is no signage to identify the subject or the date for work that spans two continents and seven decades. So, the viewer must become something like an archeologist exploring a cache of treasures from a bygone era. But treasures they are, for this collection samples the career of a very accomplished Soviet artist, Moissei Liangleben.

Emigrating to Chicago in 1991, Liangleben’s life (1925-2012) spanned almost the entire history of the Soviet Union, surviving famine in the 1930s, conscription into the Second World War, and finally winning admittance to the Surikov Art Institute in 1945 and membership in the artists’ union in 1952. American museums, like the Art Institute, have limited themselves to Russian avant-garde artists like Malevich and Kandinsky, but Moissei lived in a whole other world of nineteenth- and twentieth-century Russian creativity. His family owned a landscape painting by Ivan Shishkin (1832-1898), and he studied with Sergei Gerasimov (1885-1964). When Americans think of Soviet art, we think of propaganda like the exhibition of war posters that came to the AIC in 2011, but Soviet painters had Romantic, Classicist, Post-Impressionist and Modernist agendas as well. They were a privileged class, distinguished by the very high level of technique required for admittance, as well as by the melancholy moods appropriate for life everywhere on planet earth, but especially in the evil empire. 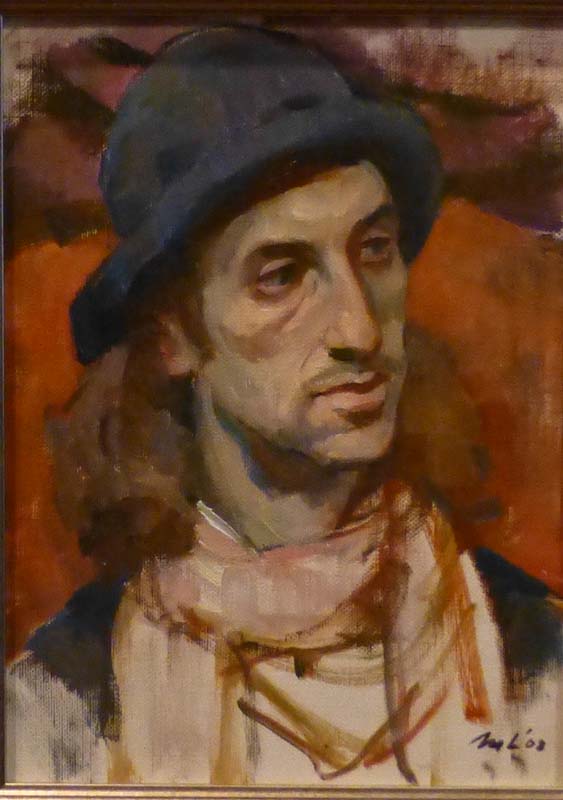 After he came to Chicago he applied his formidable skills at the Palette and Chisel Academy where he found an endless parade of attractive young models, as well as respect from contemporary American Impressionists. Like them, he was interested in beauty. But his nudes are not just about light on flesh. Like many Russian artists, he was mostly interested in describing a unique personality. As he put it, he wanted to “show my sense of brightness and beauty in the model’s appearance.” But relentlessly, though subtly, there is also a sense of impending grief and sadness. Above all, he was proudest of how he integrated the figure with its background to create an atmosphere. Like some kinds of illustration, though, his focus on the central figure sometimes left the background feeling like an afterthought. Perhaps he should have been a sculptor. (Chris Miller)

Though January 26 at Palette and Chisel Academy, 1012 North Dearborn