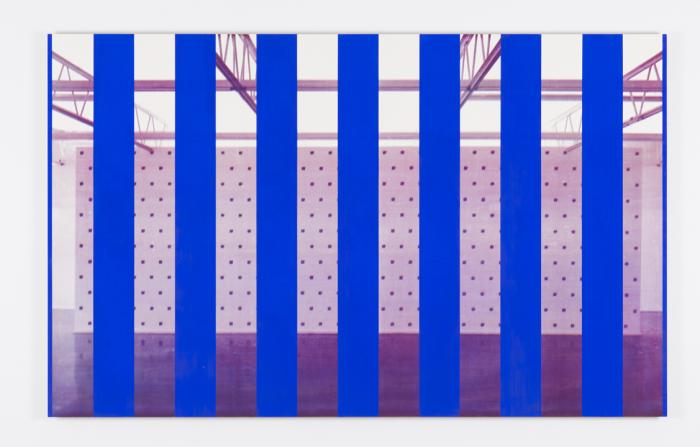 One of the distinguishing features of Chinese poetry is its commemorative function. It often celebrates a social occasion rather than expresses an individual state of mind. Along similar lines, R.H. Quaytman’s enigmatic, and possibly hermetic, restrained formalist paintings at the Renaissance Society honor Susanne Ghez’s forty years as director of this important gallery. In what might be an attempt to observe the prohibitions against painting posed by the discourse of contemporary art history and an institution that has deemed most species of painting to be obsolete or undesirable, Quaytman imposes a set of rules on her practice, structuring her oeuvre—past, present and future—as if it were a book. Each Quaytman exhibition is conceived as a chapter, so she can formulate and control spatial resonances and motifs as they accumulate and are repeated among the paintings in this chapter of the “book.” The subtle formal relationships accumulate meaning during an extended viewing in the gallery. 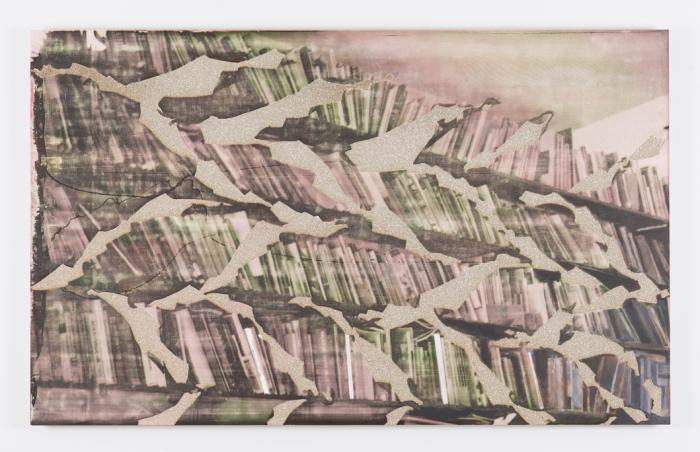 In addition to reframing and distancing the act of painting, these Oulipo or L.A.N.G.U.A.G.E. poet-like strategies add to the feeling that this exhibition is like a roman à clef, where screenprinted portraits of Ghez, Anne Rorimer, Hamza Walker’s bookshelf, a classroom with a slide projector and a white screen along with locations around the University of Chicago and elsewhere in the city appear among the stripes of flat, sometimes bold colors, op-art panels and other minimalist operations. Obscure (outside the U of C) allusions block any pictorialist or sustained sensual pleasure—beyond the contemplation of geometrical forms—while dissonant and distancing elements draw attention to the contested act of creating two-dimensional art. However, Quaytman manages to create a sense of mystery, not possibly her intention, which makes a trip to the exhibition compelling. An accompanying set of lectures, readings and concerts extend and hopefully open the highly rarefied ethos for anyone who might be attracted to the visual puzzles posed by Quaytman’s “Passing Through The Opposite of What it Approaches, Chapter 25.” (Janina Ciezadlo)

Through February 17 at the Renaissance Society, University of Chicago, 5811 South Ellis.