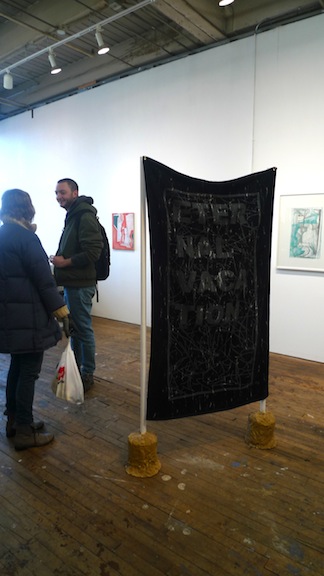 Gallery hopping in Chicago can be a real pain in the ass since there is not a single substantial gallery district where to spend a Saturday afternoon. Art spaces are spread all over town and to reach at least a handful of them one must do it by car. What we do have are conglomerates, kind of like pimple colonies where a few successful commercial galleries are surrounded by a bunch of alternative spaces that seem to grow out of nowhere every two years, making themselves visible in a blemish and vanishing away without notice. It’s a gallery scene in eternal puberty. Consider yourself lucky if in four hours you manage to see at least ten galleries.

That is why I cringe every weekend when I receive invites to see exhibitions curated by my friends’ friends. I do so because the people curating my friends are my friends too. Which means I must make an effort to see my friends in their friends’ show if I don’t want to offend them or their friends. The fact that I might have seen my friends’ work in a dozen shows through the year is no excuse for missing their new thing. So I do what everybody else does, inhale, put lotion on the palm of my hand, and pat my friends on the back, and their friends’ backs too, for a job “well done.”

In the past year some of the names that have appeared and re-appeared in the scene, draped in the curatorial mantle, belong to painters. Take Geoffrey Todd Smith, for example, who just curated a show about plants at Western Exhibitions (where I was formerly an exhibiting artist four years ago). There he included Tyson Reeder and Scott Wolniak, friends who need no new introductions to the scene alongside a few other of his friends. In his role as an artist, Todd Smith has been highly visible too in the imagist revival “Afterimage” at the DePaul Art Museum and a couple of shows in Milwaukee curated by his friends, Tyson Reeder and José Lerma. 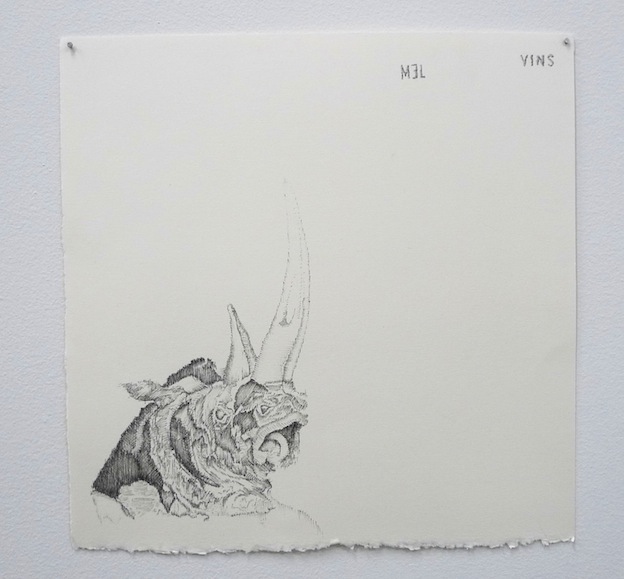 Another painter/curator is Carrie Gundersdorf. She co-curated “Observer Effect” at UIC’s Gallery 400 just as she was also co-curating “Drawer’s Drawing” with Eric Lebofsky at Julius Caesar and Peregrine Program concurrently. If you don’t happen to be in the know, let me tell you that these two small venues coexist under the same roof somewhere in Garfield Park. In “Drawer’s Drawing,” Gundersdorf included work by Leslie Baum, who currently has a big presence next to New York-based hotshot Brian Kokoska at LVL3’s  “Post Hope” in Wicker Park. (“Post Hope” is a real painter’s painting show and no one should miss it.) Gundersdorf has also included small ink drawings by current Whitney Biennial curator Anthony Elms. He used to be an assistant curator at UIC’s Gallery 400 not long ago. For the few people who have never met Elms, the artist, this exhibition will not give you a clear idea of his practice since there’s just not enough of him to see. Which is pretty much part of the problem with these shows of friends curating friends. One never gets to see a complete body of work but a small piece here and there, leaving viewers high and dry with an impossible puzzle to solve.

I don’t really have a problem with being generous when returning favors. Neither with the reasoning behind building incestuous art communities—everyone does what they must to survive. The problem I see here specifically has to do with perception. Tapping Elms at this historical moment seems like an opportunistic move on the curator’s part to show off or to align themselves with the powers that be. Which, in turn, alienates even more people who have no friends or who are not your friends’ friends. 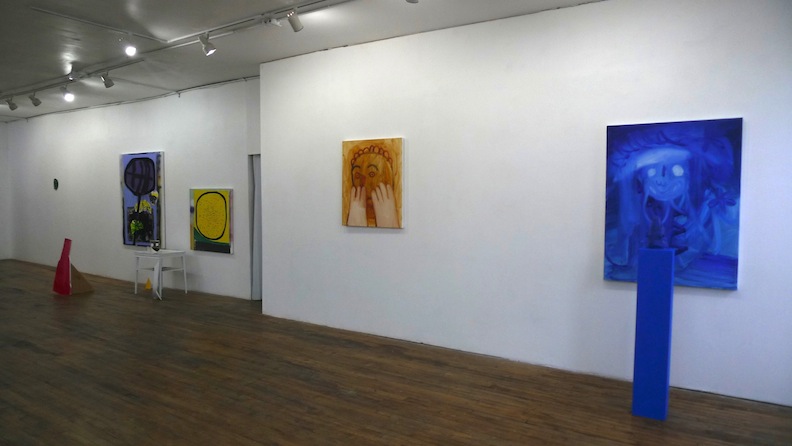 Anyhow, a few blocks down the road from Julius Caesar and Peregrine Program, in what could pass for the smallest alternative gallery district in the country, you can also find Gundersdorf exhibiting some work in a show titled “Shit is Real” at Devening Projects + Editions. There you can also find Josh Reames, who is the director of alternative space Manifest Exhibitions. Tyson Reeder, Eric Lebofsky and many of his advisers and peeps from SAIC’s painting and drawing department have shown there too. But what’s surreal here is that if I keep naming names and the relationships of the people exhibiting alongside Gundersdorf at Devening, my list will eventually lead to Kevin Bacon. 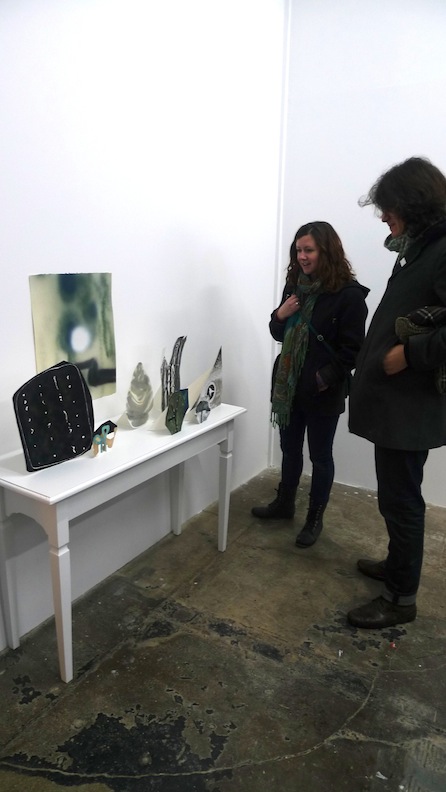 It may seem to you, dear reader, that my list is long, but it isn’t; it’s always the same people wearing different hats. Some have implied this “friends curating friends” predicament is similar to what happens in Bushwick. However, at least in New York you can easily escape into many other scenes. But in a small gallery scene like Chicago’s, these types of navel-gazing endeavors simply clog exhibition venues and make things predictable and boring. There’s only so much any curator can really achieve by pulling from his/her vault of friends. And the idea that one can presumably create new contexts for a handful of friends while hundreds of artists in this artist-packed city of ours undeservedly never get a show is preposterous. It’s not enough to have good intentions; as a curator, one must do the legwork, conduct full-blown research and exploit untapped local resources. There is no excuse to not do so. After all, curating is the easiest and cheapest thing one can accomplish in Chicago, and the fact that today’s most radical exhibits are being organized by our museums and not by the alternative spaces pretty much tells the story of an amateur class. What is worse, friends curating friends alienates this gallery scene even more from the broader national conversation.