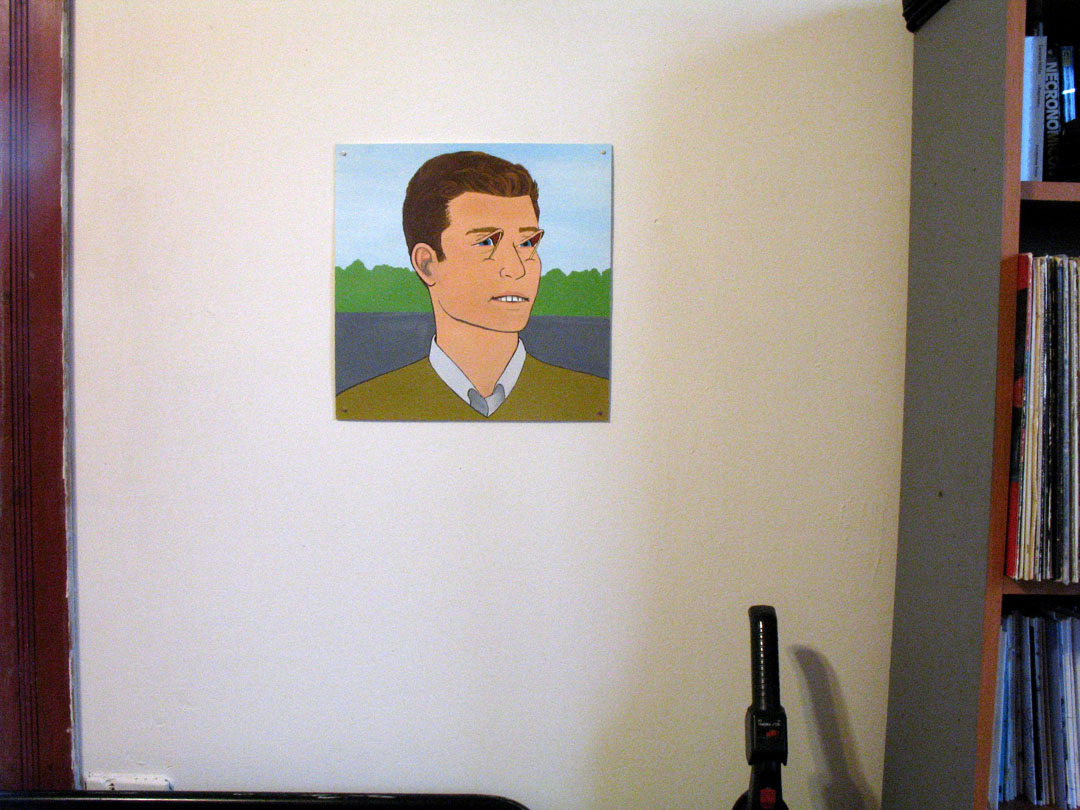 The phrase “sofa king” calls to mind that ubiquitous image of Homer Simpson, splayed out on his poop-brown living-room couch. It’s a Sunday afternoon in Springfield, of any state and town in the USA, and the pear-shaped Homer is clad only in white briefs; he balances a half-empty Duff beer on his belly while he snoozes and drools. The television blares the usual noise—news, sports, Itchy ‘n Scratchy. This everyman is king of the sofa for a day—or at least until Monday morning.

Christopher Smith decided to name his apartment gallery Sofa King in homage to this type of mundane existence. And with a generic, wholly American name like Christopher Smith, the artist believes in the power of the American man, whose name and habits may be indistinguishable from any other.

“When I Google image search my full name, I get mug shots of British criminals,” says Smith. “With a name like mine I have to find affirmation in the generic or I’m toast.”

Sofa King occurs in his apartment in Bridgeport. Much like the now-closed artist-project-run space New Capital, Sofa King has a definitive Winter 2013 end date to its programming. The project has an expiration date. Work exhibited at Sofa King uses the wall space of Smith’s apartment, and is thus limited to works on paper. Artists who wish to exhibit at Sofa King must have a conversation with Smith about how their work relates to economics, audience, patronage and access in the context of a domestic setting. This is about as far from a commercial gallery as one can get, yet the artist and Smith do work out a fair pricing system and sell work. 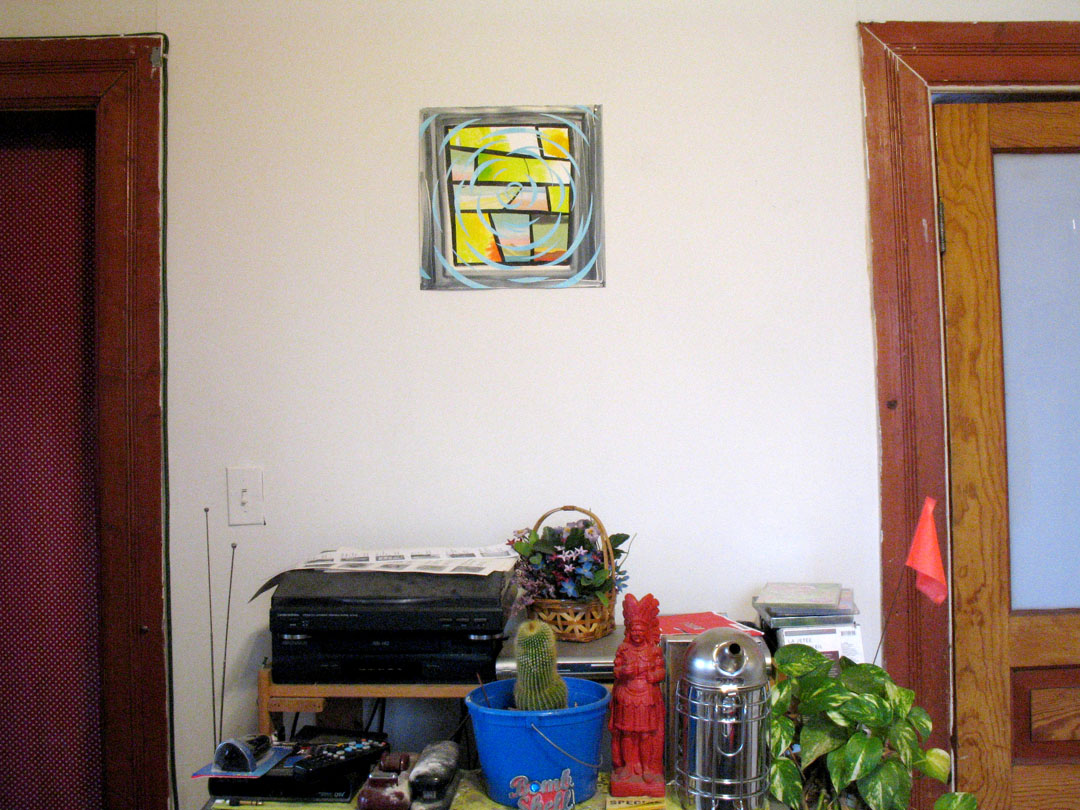 Over the course of one year, Smith plans to host four exhibitions. He kicked it off with Adam Grossi’s “Householder,” which recently closed. Grossi exhibited a series of fourteen-by-fourteen-inch works on paper that dealt with questions of how utopian-spirited ideals of communal living run up against our American capitalist, consumer culture’s rules and regulations that focus on the bottom line rather than community. This subject matter came naturally to Grossi, who grew up in Reston, Virginia, which was built in 1962-64 as part of the New Town and back-to-the-land movements, both of which stood in stark contrast to postwar-era suburban communities.

Next up, Brandon Alvendia’s show, “Sofa King What,” opens March 9, featuring one-hundred new paintings—a “feat he has done once before,” notes Smith. Heather Mekkelson will exhibit in the Medicine Cabinet space, which is located in Smith’s bathroom.

“It’s all in an effort to cross-pollinate cliques,” says Smith. “You would be surprised how many people that little cabinet can bring in sometimes.”

In embracing the ordinariness of his apartment-gallery mission, Smith achieves a program that never feigns self-importance or a pretentious attitude. Instead, it accomplishes what it sets out to do—present art in a comfortable domestic setting amongst a community of friends and family, and perhaps make a few bucks while doing it. (Alicia Eler)