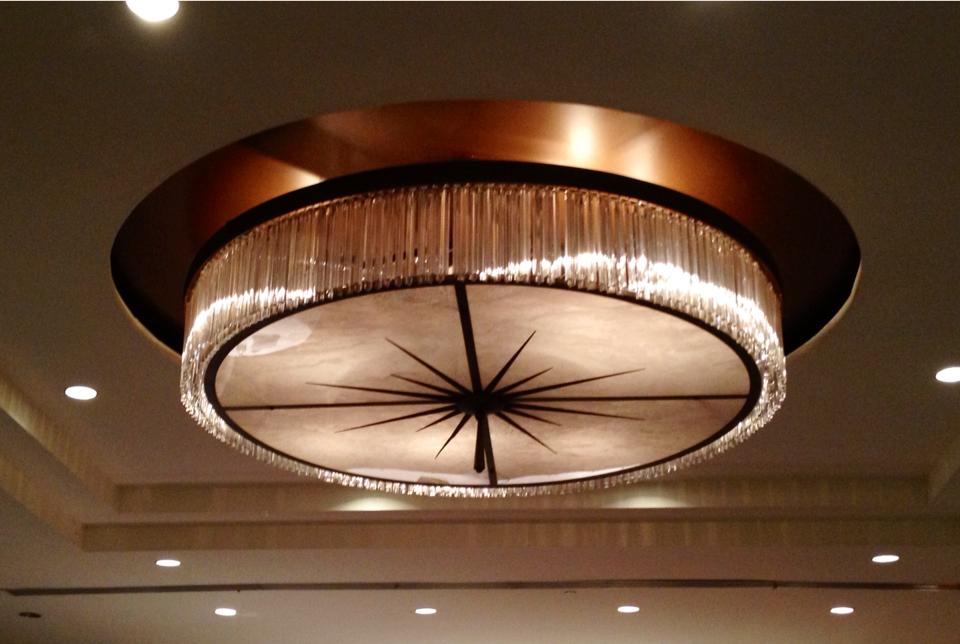 A four-day conference on art is like the internet, providing a seemingly limitless stock of nonsense and boredom, and a perfect forum for trolling inconclusive debates. Still, there are gems to be plucked from the madness. Here, I’ve distilled several days’ worth of panel discussions from last weekend’s College Art Association conference held at the Hilton in Manhattan attended by artists, professors, critics and curators. Accompanying this article are images of the conference’s chandeliers, photographed from the audience by artist Conrad Bakker and titled with the session topic.

“Artists have long made good use of discarded technologies,” said Buzz Spector, an artist and professor, on the persistence of art theory.

Willem de Kooning “didn’t become an artist by sitting at the Cedar Bar,” said Barry Schwabsky, art critic for Artforum and The Nation. Regarding online social networking, he said, “The feeling that you’re part of a community is illusory.”

“As artists, it’s not in bad taste to talk about money anymore,” said artist Anthea Black.

Lindsay Pollock, editor of Art in America, asked if art critics should be paid poorly. Anton Vidokle, editor of e-flux journal, responded that in the nineteenth-century Charles Baudelaire was paid fifteen-centimes per word, which is why he wrote such long essays. Dan Fox, senior editor of Frieze, warned that writers should be paid, otherwise art criticism would simply be a profession for kids with trust funds, in which case art writing would become very narrow in subject.

Ben Davis said that if art writing remains well-crafted and relevant, then “that’s our best defense. Society will find a way to fund us.”

Twitter keeps writers to the point because it teaches us to use shorter words instead of “fancy” ones, said Phyllis Tuchman, an art critic.

Walter Robinson, an artist and former editor of Artnet magazine, was using his smart phone the entire time he was a participant on the Art Criticism and Social Media panel discussion. “There’s something to be said for a smart one-liner,” he said of Twitter. 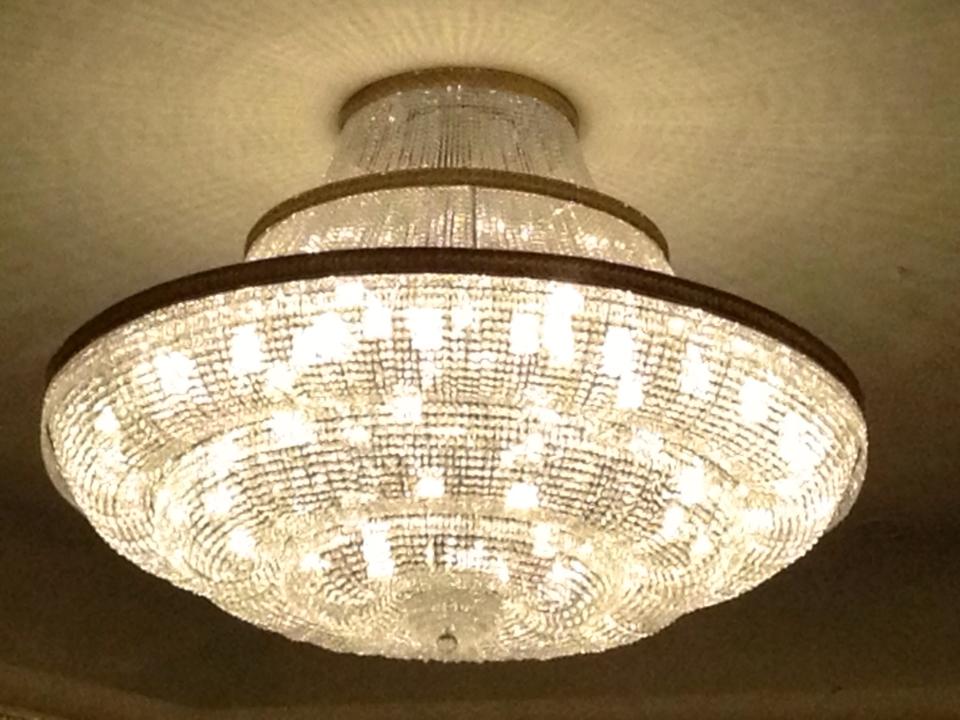 Barry Schwabsky said that social media is “potentially harmful” to art criticism. Non-traditional forms of art criticism are not an adequate way to pursue critical thought, he said. He added, “It takes more than a day to come up with good writing,” and that “the idea that you have to have something to say all the time is injurious” to the field of art writing.

Lindsay Pollock said that although Art in America’s Twitter has 400,000 followers, “Social media is not monetizable. It’s a sport, it’s fun.” She said that social media is addictive and therefore “a dangerous time drain,” and that it is better to focus on doing your job. Still, she admitted that social media helps her 100-year-old publication appeal to younger audiences.

“Online pictures by amateurs [such as photos of artworks posted on Instagram] look terrible and they make me feel sad for artists,” bemoaned Sarah Douglas, culture editor at the New York Observer.

“The image of the object is the object,” said Peter Russo, co-editor of Triple Canopy, an online art magazine.

Art studios for faculty of art departments at university campuses are routinely excluded from new facilities, lamented Michael Aurbach, professor of art at Vanderbilt University. He pointed out that at research universities, scientists are not asked to perform their experiments at home laboratories. The title of Aurbach’s presentation was “Mediocrity Doesn’t Happen Overnight… It Takes a Lot of Hard Work.” 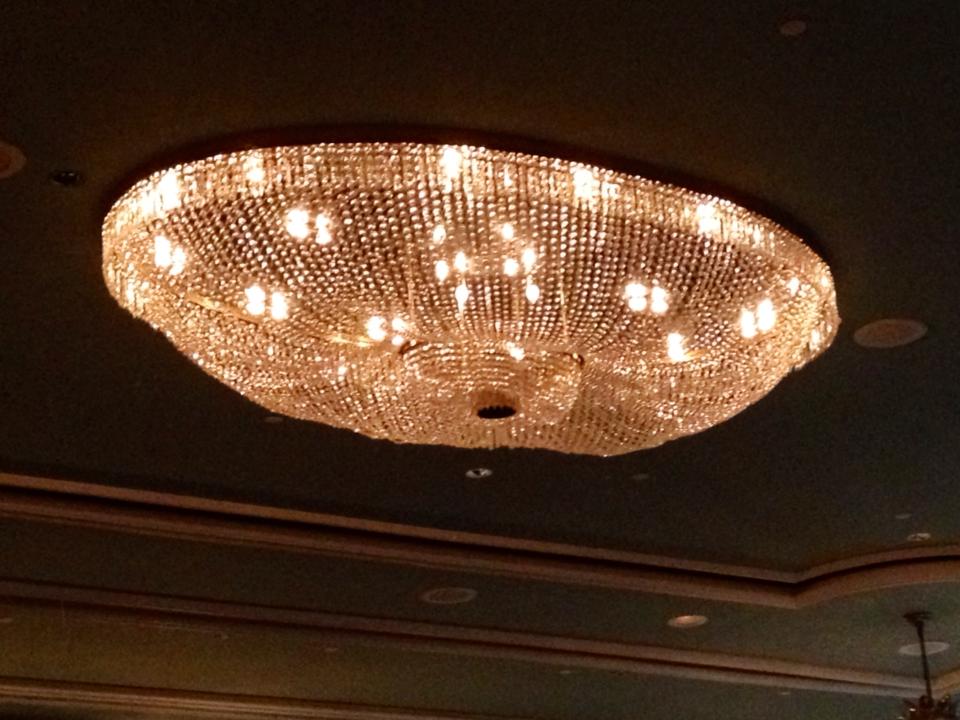 “Reframing Painting: A Call for a New Critical Dialogue”

The artist Karen Schiff proposed that we use the term “consideration” instead of “criticism” when discussing artwork. Consideration is “not just a kinder, gentler” form of criticism, she said. She noted the etymology of the word includes looking at the stars. A critic should be an “analyst” of art, she said, using artwork as a source of information instead of relying on supplementary text. “There’s always more to discover,” she said.

“E-flux [journal] has been a complete and utter failure,” said its editor, Anton Vidokle, because it was intended to be an art journal but he said that six out of seven essays don’t deal with the topic of art.

As long as there is art there will be people wanting to talk about it, said Dan Fox, senior editor of Frieze.

Ben Davis said that it wouldn’t be a tragedy if the exhibition review format died. Dan Fox said that in the traditional publishing model, magazine income relies on reviews because they are tied to advertising. Lindsay Pollock said that reviews serve an archival role, and they’re how we learn about art history.

Many book titles were flung out as recommendations. Here are a few I caught.

“What We Want Is Free: Generosity and Exchange in Recent Art,” edited by Ted Purves, 2004.

“Logicomix: An Epic Search for Truth,” by Apostolos Doxiadis and Christos H. Papadimitriou, 2009.