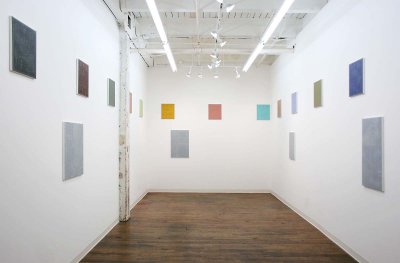 Rainer Spangl’s new show at Devening Projects + Editions is cool, calm and calculated. Adorning the walls of the Garfield Park space is a litany of tastefully arranged, pastel-hued paintings that evoke the architectural grandeur of an ornamental frieze. Beneath them, five chromatically gray interiors depict quiet corners of Vienna’s Kunsthistorisches Museum. The paintings are as cultured as that city’s famed cafés. The urbanity, however, comes with a price. 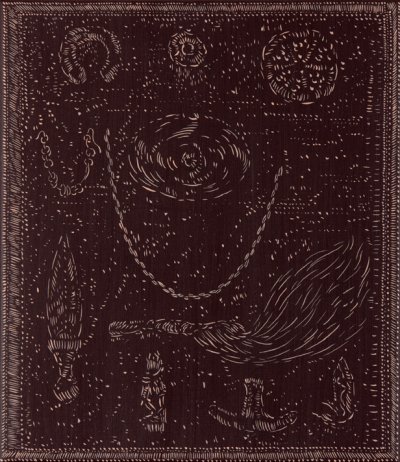 It’s not hard to enjoy these largely monochromatic works, particularly the almost Vuillard-like interiors, but it is difficult connecting with them beyond their formal charms. Spangl’s short, controlled brushstrokes and the frieze’s fifteen identical compositions pay homage to the tradition of the woodcut; an appropriate dialog given that Devening’s concurrent exhibition, “Shit is Real,” features multiples and editions by Chicago artists. Still, Spangl’s multiples-based approach comes across as one-dimensional, and the repetition ultimately bleeds the drama out of the work.

Aside from a few fleeting passages in “East” and some awkwardly rendered perspective in “Fragment (after Jordaens),” I never felt the gripping pictorial tension that arises when failure is an option. The smooth, well-manicured surfaces just go down too easy, and because two thirds of the show features essentially the same painting with only variations in color, there simply isn’t much at stake for either the artist or the viewer. 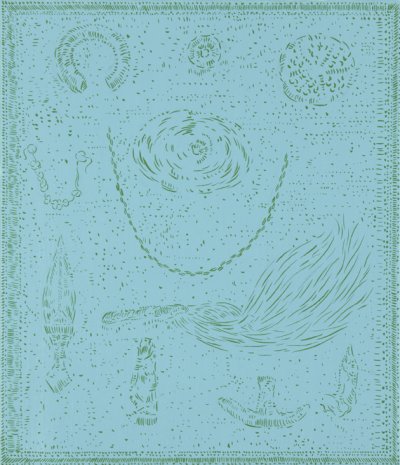 It’s worth mentioning that there is a clever, thinly veiled institutional critique at play in the exhibition, titled “UUUUU.” You’d be hard-pressed to miss the irony in viewing mass-produced, museum-sanctioned objects that depict museum-collected objects, in concert with portrayals of a museum’s interior, in a gallery staged to look like said museum. There’s a genuinely wry sense of humor about it all. It’s a shame more of that feeling isn’t apparent in the paintings themselves. (Alan Pocaro)