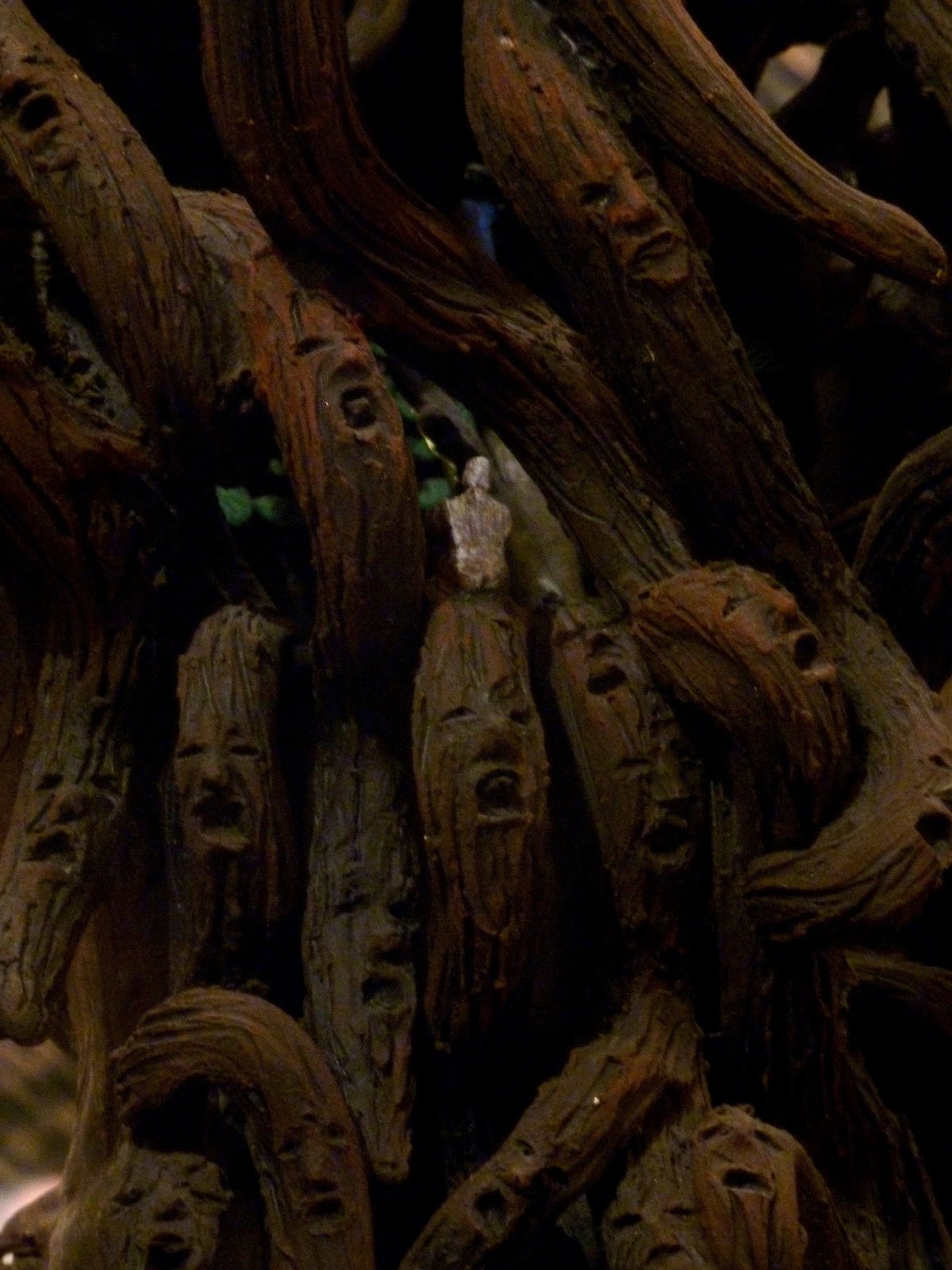 Artists have been responding to modern life with horror and disgust for so long it’s hard to tell when they are addressing themselves specifically to personal struggles with violence and war. Some artists grew up in hell, others made one for themselves, and the artists in this exhibition seem to have done a bit of both, beginning with the show’s organizer, Israeli born artist/activist Dr. Ayala Leyser. A semi-retired psychologist and veteran of the Israeli Defense Forces, she opened a gallery/studio in Humboldt Park where she makes outlandish sculpture and conducts a weekly salon to discuss life, art and our sad planet. The highlight of this show is the “End of the World” series by New York painter Doug Blanchard, whose exceptional blog, Counterlight’s Peculiars, brought him to her attention. A serious student and teacher of art history, Blanchard witnessed the Twin Towers burning from the rooftop of his building in Brooklyn and has borrowed the calm intensity of fourteenth-century Italian painting to comment on religious fanaticism in six panels that look like they belong on an altarpiece. Several of the other artists have also been effective in creating dark, chaotic worlds, especially in the turbulent abstract-expressionist paintings of another Israeli, Ruth Eckstein. Leyser herself contributes a wonderfully manic pink-tongued demon. Constructed from a swirl of wire, tubing and a variety of salvaged objects, it looks like a dybbuk that escaped the pages of Isaac Bashevis Singer. Pious killers, crazy folks and demons do seem to be running rampant in our world, and the focus of this exhibition specifically excludes any happy, visionary alternatives to their destructive fanaticism. But is there any other way to overcome it? (Chris Miller)