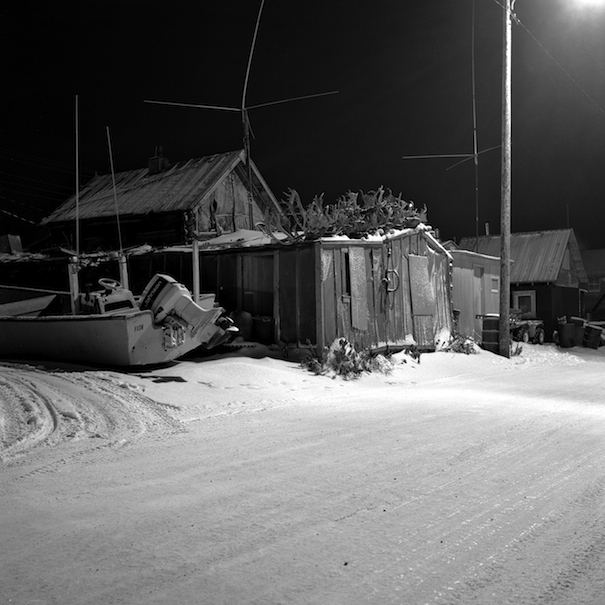 Covering the work of nine American photographers who have shot the urban, suburban and rural landscapes in color and black-and-white since the mid-1960s, this show demonstrates that the postmodern revolution that began with Andy Warhol’s pop art did not kill off classical-modern straight photography, which continues to flourish in the present. Curator Lucas Zenk has included stars of the canon, such as Eugene Richards and John Gossage, and unjustly neglected practitioners such as Christopher Churchill, David Hanson and Dennis Witmer. As distinctive as each of those artists is, Zenk has chosen images from their vast troves that unite the show around formal characteristics (straight-on, middle-distance shots) and sensibility (repose with an edge). The approach of the show is epitomized by Witmer’s black-and-white night studies of roads in snow-covered Alaskan hamlets sided by ramshackle wooden buildings that make us feel that we have come upon the scenes on a lonely walk. By putting us on the road, Witmer gives us a sense of movement that comes from within ourselves and vivifies the still chill that permeates us. (Michael Weinstein)

Through May 11 at Stephen Daiter Gallery, 230 West Superior.