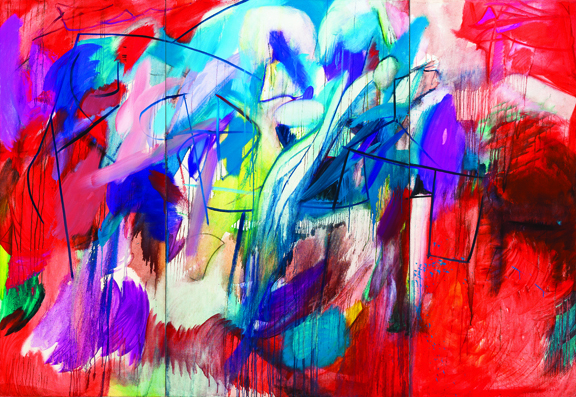 “It was all Melissa’s doing,” eighty-five-year-old John Wehmer says by way of explanation, referring to Columbia, Missouri gallerist Melissa Williams. Last spring Williams visited Wehmer in his home on a hunch and eventually convinced him to unearth a body of two dozen large abstract paintings, many of which had been unseen in storage for decades, in a show that will now open at the McCormick Gallery this weekend after a stunningly successful showing in Missouri. The exhibition offers yet more evidence of the undersung role of Midwestern artists in mid-century abstract painting.

Williams’ initial motivation in visiting Missouri-native Wehmer had been to put together a group show of living artists who had been members during the late 1960s of the prominent but short-lived Painters Gallery in St. Louis, which Wehmer calls a “kind of cooperative among fifteen artists who banded together and were successful for about three years, until everyone ran out of art because most of us were teachers.” (Wehmer taught for more than thirty years at Lindenwood University in St. Charles). 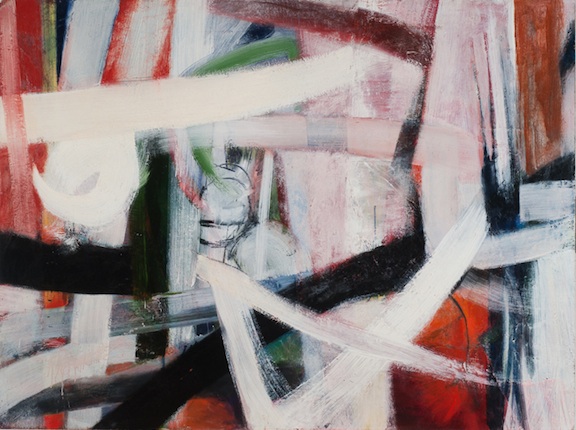 Many of these artists were trained, as Wehmer was, on the G.I. Bill at Washington University in an art department that at the time included Max Beckmann, Philip Guston, and Wehmer’s mentor Paul Burlin as faculty. After graduating, Wehmer exhibited extensively, including at the St. Louis Art Museum, before the Painters Gallery closed in the late sixties and Wehmer’s monumental abstractions went into storage as he decided to experiment with other forms.

Williams’ group show never materialized, but “Unseen Forces” offers powerful evidence of a significant art history in the Midwest and St. Louis in particular. In fact, far from the avant-garde in New York, there was a deeply sustainable ecosystem for St. Louis artists at the time that included collectors like Joseph Pulitzer as patrons. Tom McCormick of the McCormick Gallery has described being “shocked to learn about this hidden history of abstract painting in the 1950s and 1960s in St. Louis,” so close to his hometown of Kansas City.

“I wasn’t exactly hiding them,” Wehmer clarifies when asked about the paintings, “but I was also busy doing other things and didn’t have time to promote them… there wasn’t much of a market around here for them anyway when the appreciation of abstraction fizzled out in the seventies.”

Wehmer doesn’t seem surprised by the popularity of the paintings, but he won’t be returning to the style of his youth; he now focuses on landscape paintings, derived partly from “having to learn how to draw and paint figures again during teaching” and becoming interested in different styles of what he calls “environment for people’s eyes” as he has watched “the different -isms come and go.” (Monica Westin)