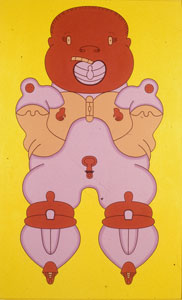 Why is it that whenever “humor” is the theme of an art exhibition or book, you barely find yourself laughing out loud? When paired with art, humor is meta, more hmmm than haha. What does it mean to laugh? we ask ourselves. (Have you ever really laughed at a Richard Prince “joke” painting?) And now, there are several new online videos produced by Patrick Boblin and Ali Clayton called “What Am I Looking At?” where exhibition openings are the stage for stand-up comedians to joke about art. Each episode is a disaster. Let’s say that Boblin and Clayton have good intentions. Why not combine the popular art of comedy performance with the less-popular art of galleries, and maybe make contemporary art more accessible? It ends up as tragicomedy. A symposium has been convened to discuss the crisis of humor in art. Two curators (Lynne Warren and Robert Cozzolino), a professor (Janice Fodor), an art dealer (John Corbett) and the artist Karl Wirsum will tackle this topic as it relates to the art of the 1960s and 1970s—particularly hilarious decades—in “Laughing Matters” at the DePaul Art Museum, this Saturday, April 27, from 10am–5pm. Register to attend at public.elmhurst.edu/cultural_events/humor_art. 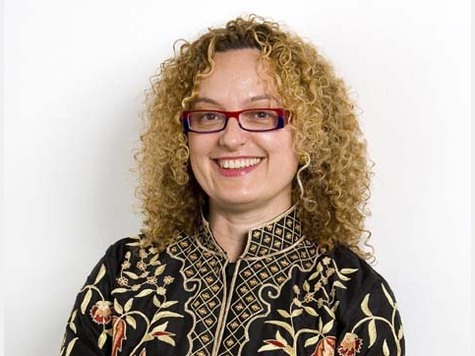 Carolyn Christov-Bakargiev has been appointed the Edith Kreeger Wolf Distinguished Visiting Professor in Northwestern University’s department of art theory and practice. Christov-Bakargiev, a curator and writer, loves Chicago artists. She put several of them in Documenta(13) last year (including NU professor Michael Rakowitz). She lectured at SAIC’s visiting artist program earlier this year about her curated selection at Documenta. Her talk was stimulating and inspiring, but there was no time at the end for audience questions, so hopefully she will give a few public lectures during her time in Evanston, for three semesters beginning September 1. 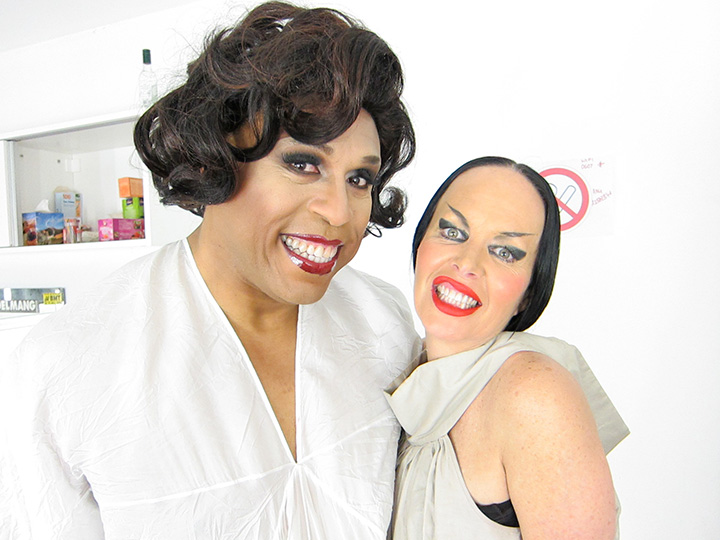 Vaginal Davis, intellectual drag queen, has made waves in the art world. The Berlin-based artist and thinker gives a lecture at the Art Institute of Chicago this Monday, April 29, at 6pm. The lecture is part of SAIC’s visiting artist program. Which Boystown bar will Vaginal be at for the afterparty? Enter the lecture via 230 South Columbus.

The “Quite Strong” Moxie Conference (or MoxieCon) runs for just one day this weekend, Saturday, April 27, and costs $80 for admission ($40 for Chicago-based students) and includes a talk by Ann Friedman titled “Bye, Hater: How to Use Criticism of All Kinds to Improve Your Work Instead of Hinder It,” among many other workshops for creative folks, at the Merchandise Mart. moxie.quitestrong.com (Jason Foumberg)