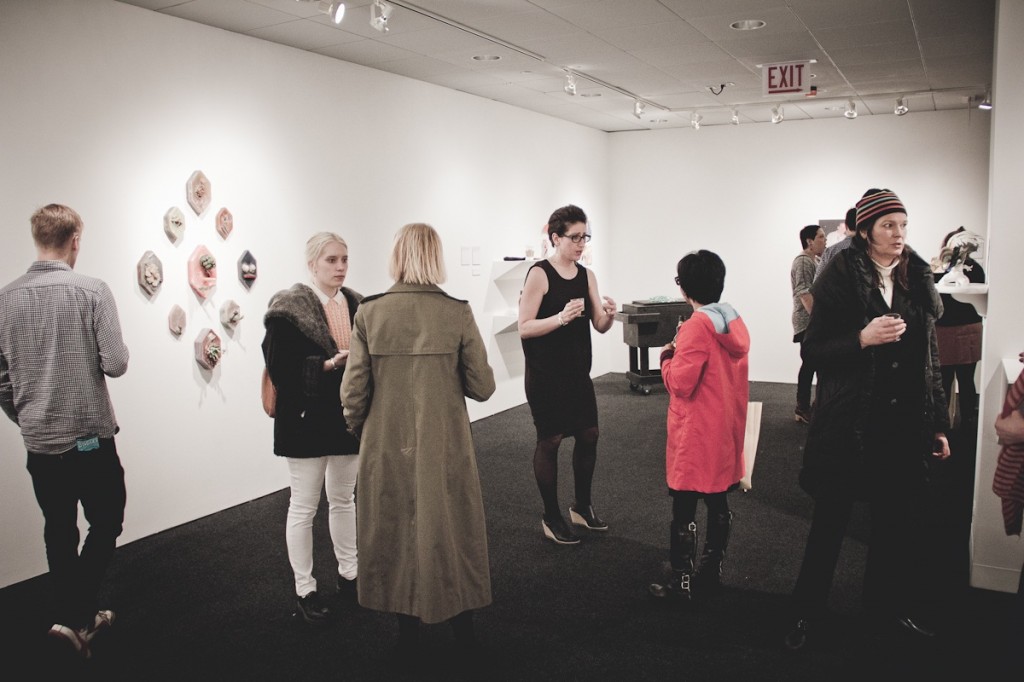 No one cares about BFA students. Critics and curators want to deal with MFA students. The BFA students get ignored or not taken seriously as professional artists. They’re constantly hearing advice about getting out into the art world, but they don’t know anybody. They‘re afraid of just walking up to someone at an opening and saying hi. They don’t know who Michael Darling is. Someone had to teach me, too. Sabina Ott’s professional practice class [at Columbia College] changed my life. She took us out to see Julie Rodrigues Widholm, Mary Jane Jacobs, Claudine Ise, Michelle Grabner, Natasha Egan, J.C. Steinbrunner, Chicago Artists’ Coalition (Cortney Lederer, Tempestt Hazel, Sara Slawnik), and a slew of practicing on-the-ground artists.

For the exhibition [at the Arcade Gallery], the idea was to match five BFA candidates in their senior year with five professional working artists. Almost all of the BFA students are not going off to grad school after they graduate; they’re going to stay in Chicago and start art practices. What’s next? they ask. Or, I’m scared and I need to find a job. The show was an opportunity for the students to get out into the Chicago art world. They don’t know anybody but their own teachers. I wanted the students to see examples of artists who have graduated and entered the art world, to see artist practices and how they evolve over time. The students had to travel to their studios, research these artists’ works, be involved in choosing the pieces to exhibit (theirs and the artists), get their artwork show-ready, and be present to install.

Jenny Kendler and Jessica Egan talked a lot about women in the art world. They both connect the personal to the political with their artwork. Jenny put her artwork below Jess’ flower piece to catch the petals from her dying wreath, so it almost became one artwork. 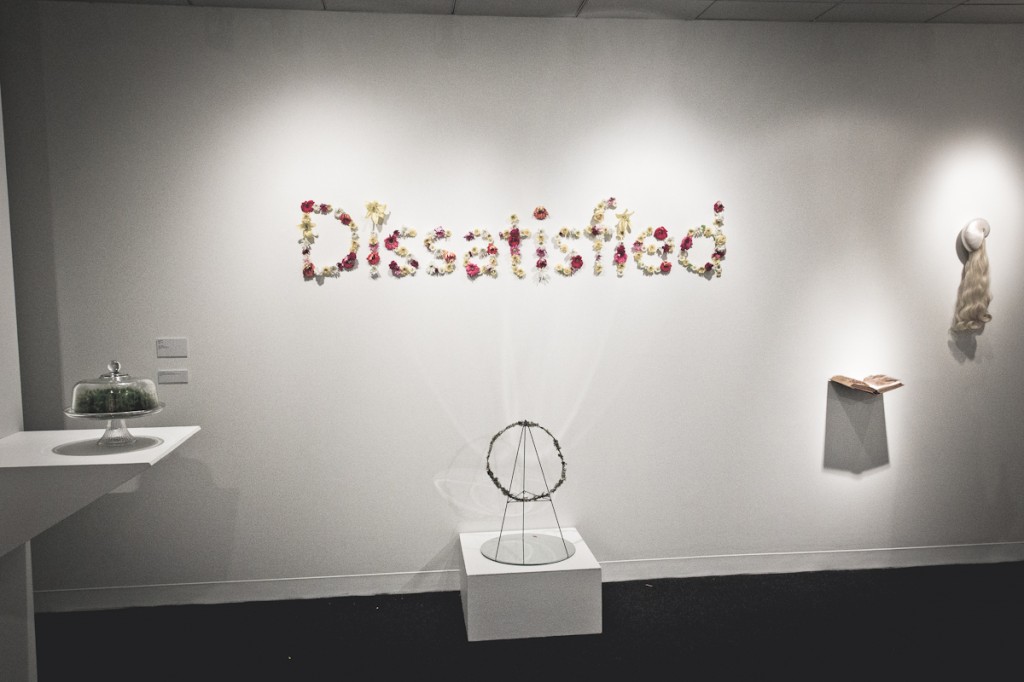 Most of the artists I asked to participate said yes. I was nervous about approaching these very busy artists. They took the time. They saw it as something else besides a student-teacher dynamic. They chose to participate in a young artist’s growth. They were focused on the mentorship, on the transition into the art world.

Some matches were obvious right away, like Michelle Grabner and Nina Lawrin, who were both using weaving and burlap. It was validating for Nina to work with Michelle. They were totally completely connected, even though Michelle is busy as hell. She took the time to do it. 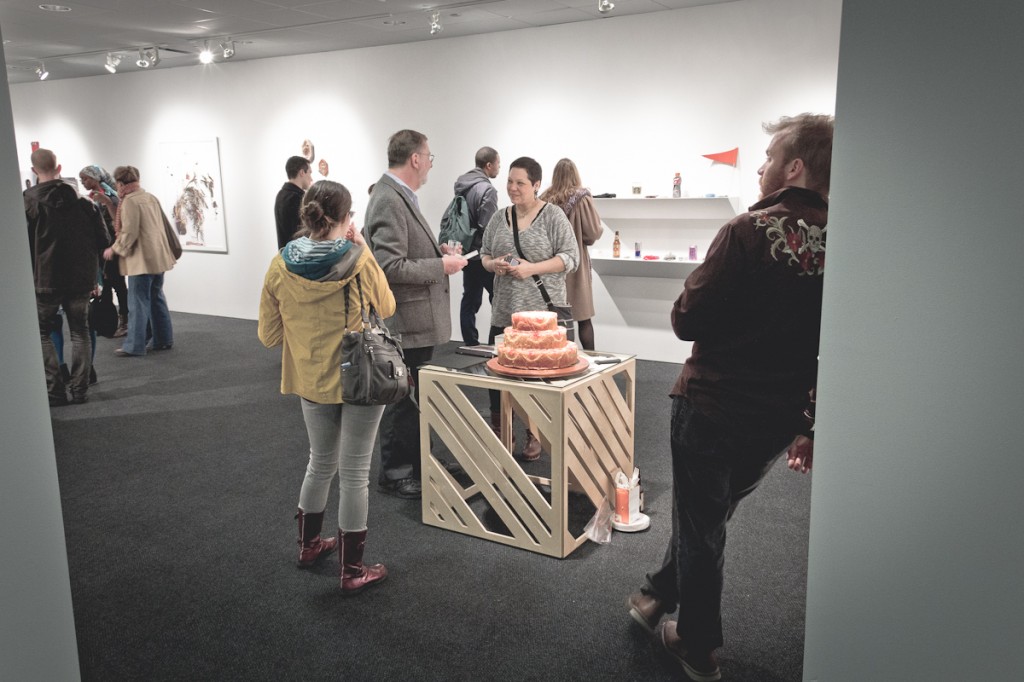 Each artist pairing had to do at least one studio visit. The students traveled to the artists’ studios and participated in choosing which piece to include in the show and be displayed next to theirs. Some artists got really involved. Oli Rodriguez was a rockstar. He worked with Daniella Doll very professionally. They clicked immediately and met more than once. Eric Fleischauer taught Wes Groves how to hack into video codex to make glitch art. Wes was looking for that specific info. There was a very distinct learning that was happening there. It was validating to see artists doing what they love. (As told to Jason Foumberg)