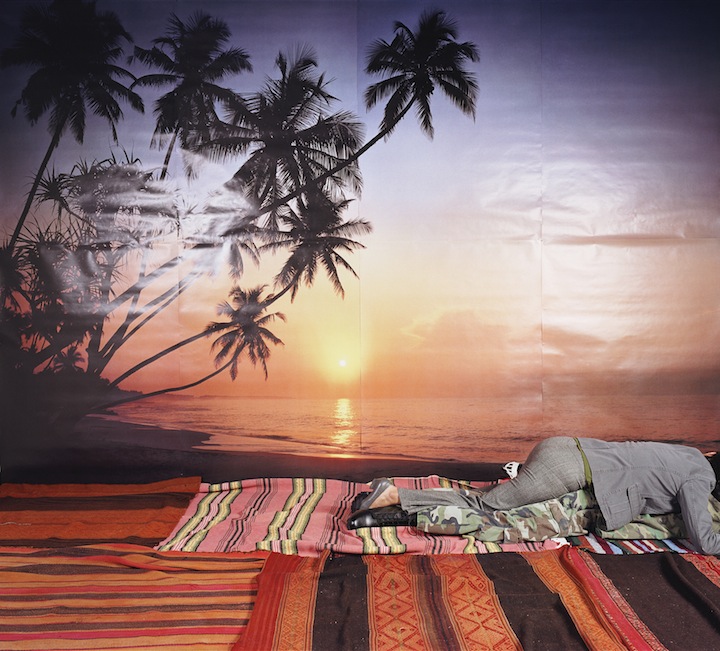 The most recent and arguably the most diverse group to emerge on the crowded scene of contemporary identity politics is the “mixed-race Asian American,” which receives a rich visual reflection here by seven photographers who in portraits and staged scenarios concentrate on the confusions involved in determining with which larger group they should identify, or whether they should form a distinctive blended group all their own. Some of the artists, indeed, would not even consider themselves to be Asian, but European or Mexican, for example, and others are in flux. No wonder, then, that a persistent theme in the show is the condition of feeling that one is “hidden.” Gina Osterloh, the daughter of a German-American father and a Filipina mother, depicts herself in color lying on a mat on her stomach in a kitschy tropical setting; she has cut her head out of the frame and is clothed in a pants suit covering one leg and in military fatigues the other, in order to insure that the image is “unreadable.” The other artists are equally complicated and complex in their efforts to portray a particularly emblematic and problematic zone of globalization. (Michael Weinstein)

Through June 30 at the DePaul Art Museum, 935 West Fullerton.