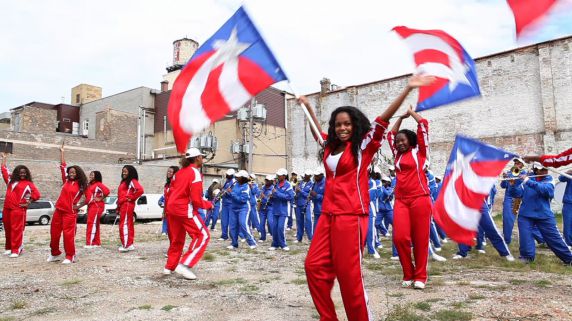 “I wonder if he’s heard of Chet Haze?” I thought, as Kodwo Eshun, one half of the UK-based art collective The Otolith Group, took the first question at the Black Collectivities conference (May 3–4) from a “gentleman with the backwards cap.”

The event’s organizers, Northwestern University professor Huey Copeland and MCA curator Naomi Beckwith, insisted that each question asker share their name and affiliation before proceeding. This is how I came to realize that the Northwestern student asking for clarification on “hermetics and hermeneutics” was Chester Hanks, better known as the middle son of actor Tom Hanks, and perhaps even better known as Chet Haze, aspiring rapper and the subject of snarky gossip blogs across the internet.

A deeply academic gathering of artists and scholars focused on black art collectives is an unlikely place to cross paths with an internet celebrity. At least it seemed so at first. During opening remarks, Copeland mentioned that the conference’s specific topic allowed for a “fuller understanding of black collectives” specifically and the field generally. This idea of looking at broader vistas from specific perspectives was a common thread throughout the two days of discussions, screenings and performances.

While discussing the Black Audio Film Collective as pioneers in British black cinema, Anjalika Sagar, also of The Otolith Group, reminded the audience that the term “black” in Great Britain once included people of South Asian heritage—a fact that is apparent in early works by BAFC like “Handsworth Songs.” Claire Tancons, a curator born in the West Indies, educated in Europe, and now based in New Orleans, proposed that “black” has always been a shifting and changing set of meanings. Her presentation around mass public processions (think parades and protests) opened up a dialogue that would trace the genealogy of contemporary performance art, not to Dada or Surrealism, but to a distinctly non-European root which might include work songs sung by slaves, the silent protest marches of the NAACP, and Marcus Garvey’s panache for the polemic.

If there is a type of black collectivity that doesn’t suffer from under-observation, it might be the familiar grouping of musicians into bands and orchestras. Columbia University historian George E. Lewis spoke at length about the Chicago-based Association for the Advancement of Creative Musicians (AACM) and the ways in which their approach to playing improvised music informed their structure as a cooperative of working musicians. Lewis played a video clip that demonstrated a notation system under development by one of his doctoral students that attempts to add contextual notation to improvised music, in other words, identify points when musicians share the melody, when they offer space for a solo, and when they abandon collectivity in favor of cacophony.

The conference was not without moments of contention. Blake Stimson from the University of Illinois at Chicago presented a paper that questioned the socioeconomic structures from which collectivities emerge. Theaster Gates, in a rare display, took on the role of the provoked rather than the provocateur and used the Q&A to try and complicate the question that Blake posed. Gates later took the stage and declared, “I am fifteen collectives!”

Romi Crawford presented a lively muse on “The Block,” “The Corner” and the general notion of congregations. It was Crawford, or more aptly, Romi’s presentation that brought the entire endeavor of this conference into focus for me. Romi spoke convincingly about the need to recognize the moments “when a collectivity, normally unseen, becomes visible.” As she said this, I realized that we were in one of these moments.

I am breaking formal protocol and using Romi’s first name because she is a friend and colleague. Blake Stimson and I have offices in the same building at UIC, I’ve known Theaster and Cauleen Smith, the artist whose performance closed the conference, for almost as long as I’ve lived in Chicago. Aside from the folks I knew before the conference, I met and bonded with dozens of new people who seemed to share common interests despite our disparate backgrounds. The issues raised at this conference could not have manifested as concretely in an exhibition or a book or a film. Our collective presence was a literal embodiment of the ideas we had come together to discuss.

The very last question of the conference came from Chicago-based artist Rashayla Marie Brown who wondered about the risk of self-segregation. Romi offered the notion that space can exist within black collectives for non-blacks, individuals who might be described as “black interested” or playfully, “black curious.” All of us in the crowd had a good laugh, but I couldn’t help thinking of Chester and his curiosity that kicked off the conference’s Q&A.