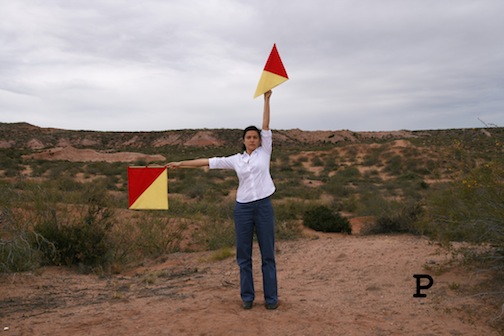 Artist Amalia Pica operates within our communications-saturated milieu. In her first large-scale solo exhibition in the U.S., Pica presents observers with sculptures, installations, drawings and films that explore the intricacies, failures and challenges of communication.

Some of these efforts are carried off with the subtlety and grace of a ballerina on benzodiazepines; “Babble, Blabber, Chatter, Gibber, Jabber, Patter, Prattle, Rattle, Yammer, Yada, Yada, Yada,” with its carousel slides of semaphore flags spelling the work’s title, is a touch on the nose—literal visual communication! Image as language, ponderous, slow and practically unreadable in its esoteric nature!—but isn’t that the intrinsic fate of messages about messages? 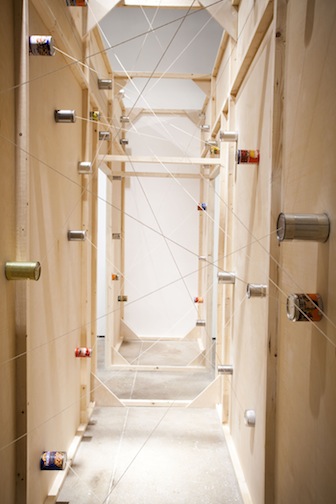 More nuanced assertions can be found in “Switchboard (pavilion).” Contractor-white walls, pockmarked with half-buried cans, are easily unpacked on the surface, but the cat’s cradle interior, with more crossed wires than “American Psycho,” astutely captures, and esteems, the seeming ease with which we communicate and the byzantine nature of the infrastructure which allows us to do so; that complication is further mined in “Reconstruction of an Antenna (as seen on TV),” wherein Pica recreates an example of a TV antenna of the kind made by Afghanis in an attempt to battle their inadequate infrastructure to watch the talent contest “Afghan Star,” a struggle not only for entertainment, but, as the accompanying caption points out, to flex, ever so slightly, their democratic muscle and to engage in a form of communication—the public discourse—which so many of us take for granted. The jury-rigged antenna stands in stark juxtaposition to the extreme dependency upon concrete systems required to create the monument pictured in “Moon Golem,” and both are testaments to the indomitable desire to communicate that helps to fuel civilization. 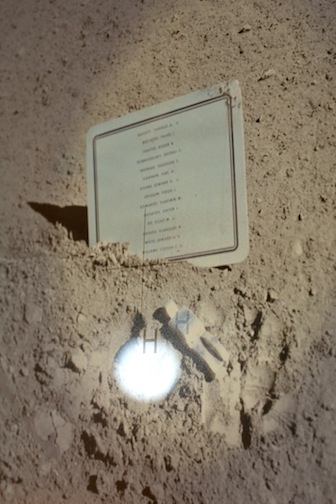 As Tirdad Zolghadr points out in the intriguing catalogue essay “Splendid Isolation,” Pica is “never strategically cryptic or willfully weird,” a statement which one does not need the ability to read semaphore to glean (of course, they do not require it for the aforementioned “Babble,” as well, thanks to the expository caption). Pica’s works communicate, as most messages do, on multiple levels, with subtexts both tragic and triumphant, technical and political, passive and active, but with an aesthetic merit and playful nature that keeps them from becoming pontificators. 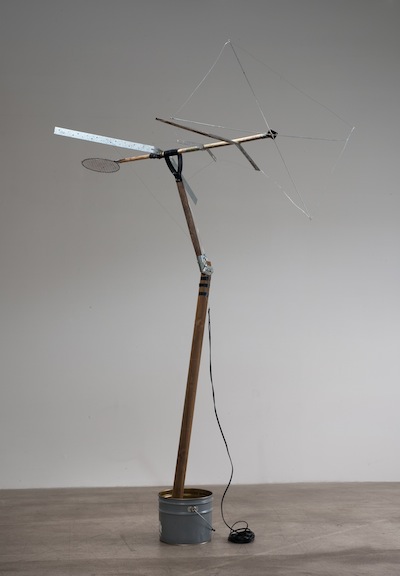 There is a running plot thread in David Foster Wallace’s “The Broom of the System”—itself a delightful, if slightly gauche, subversion of communication—wherein the telephone lines of an array of businesses become helplessly muddled, a ludicrously effective impasse to operative connection; Amalia Pica ably plays the role of that tumultuous switchboard’s operator. (B. David Zarley)

Through August 11 at the Museum of Contemporary Art, 220 East Chicago